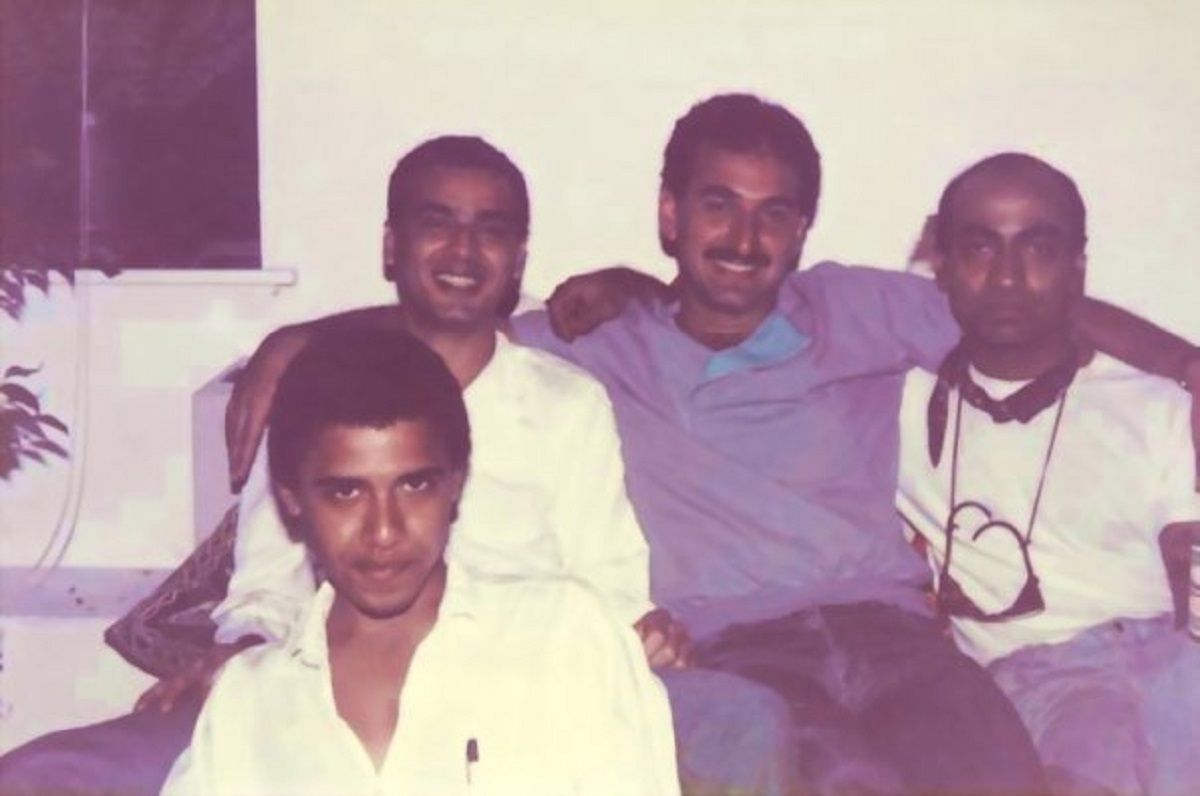 In November 2018, a purported photograph of a young Barack Obama began making its way around social media, attached to the claim that it pictured the former president during his college years with Saudi prince Al-Waleed bin Talal: No evidence (beyond a vague resemblance) suggests that this photograph features Prince Al-Waleed bin Talal. Furthermore, an investigation into the gestation of this conspiracy theory shows that it was pulled from thin air.

This photograph doesn't appear to have any official origin trail. We could not find it archived by news photo outlets such as Getty Images or the Associated Press, nor could we locate it any galleries covering Barack Obama's college years. The earliest posting of this image (sans black arrow) that we could uncover came from a March 2013 Reddit discussion about a different picture of Barack Obama's mother. Reddit user "einmalistkeinmal" claimed to have received the photograph circa 2008 and stated it was taken by a friend's drug dealer's father who used to be friends with Obama "back in the day":

I have a unique picture of Obama from that time period as well:

I got the picture about 5 years ago from a friend. Apparently their grower's dad used to hang out with Obama, the original caption was "My dad and Barry back in the day"

While this third-hand information is certainly not enough to confirm the context of this photograph (or even document that the man in the white shirt is truly Barack Obama), it does demonstrate that this photograph predates the "Prince Al-Waleed bin Talal" claim by several years and was originally shared with a rather harmless caption. (We reached out to "einmalistkeinmal" for more information about the photograph but have yet to hear back.)

This unverified image of Barack Obama in college received little attention over the next few years, but in September 2018 a "Qanon" conspiracy theorist shared a version which obscured one man's face and offered the picture to followers with the insinuation that it indicated Barack Obama was homosexual: A number of Twitter users chimed in to guess the identity of the "masked" man. While most pushed the idea that the faceless man was actually Michelle Obama (a certain sect of the population maintains, without evidence, that the former first lady was once a man), others posited that it showed members of the Muslim brotherhood, a mysteriously murdered boyfriend, or "Christine Blasey Ford's uncle."

The Q community, 4chan, and the pro-Donald Trump section of Reddit r/The_Donald, however, started to push the rumor that this image featured Saudi prince Al-Waleed bin Talal. Why? Most likely to support a small portion of the ever-expanding "Q" conspiracy theory which holds that bin Talal paid for Barack Obama to attend Harvard Law School.

No evidence has been presented to show that this person is truly Prince Al-Waleed bin Talal. Furthermore, a side-by-side comparison of the man in the viral photograph (left) and bin Talal from 1996 (right) show that the two men don't bear much of a resemblance. Particularly, Al-Waleed bin Talal has a much lighter complexion than his mysterious counterpart and a mole on his right cheek that the "mystery" man does not share: We have not been able to positively identify the people in this photograph. It is likely, however, that if this image hasn't been doctored, it simply captures Barack Obama with one of his Pakistani friends from his days at Occidental College. Obama's freshman roommate was a Pakistani man named Imad Husain, and the former president quickly became friends with two other Pakistanis, Mohammed Hasan Chandoo and Wahid Hamid.