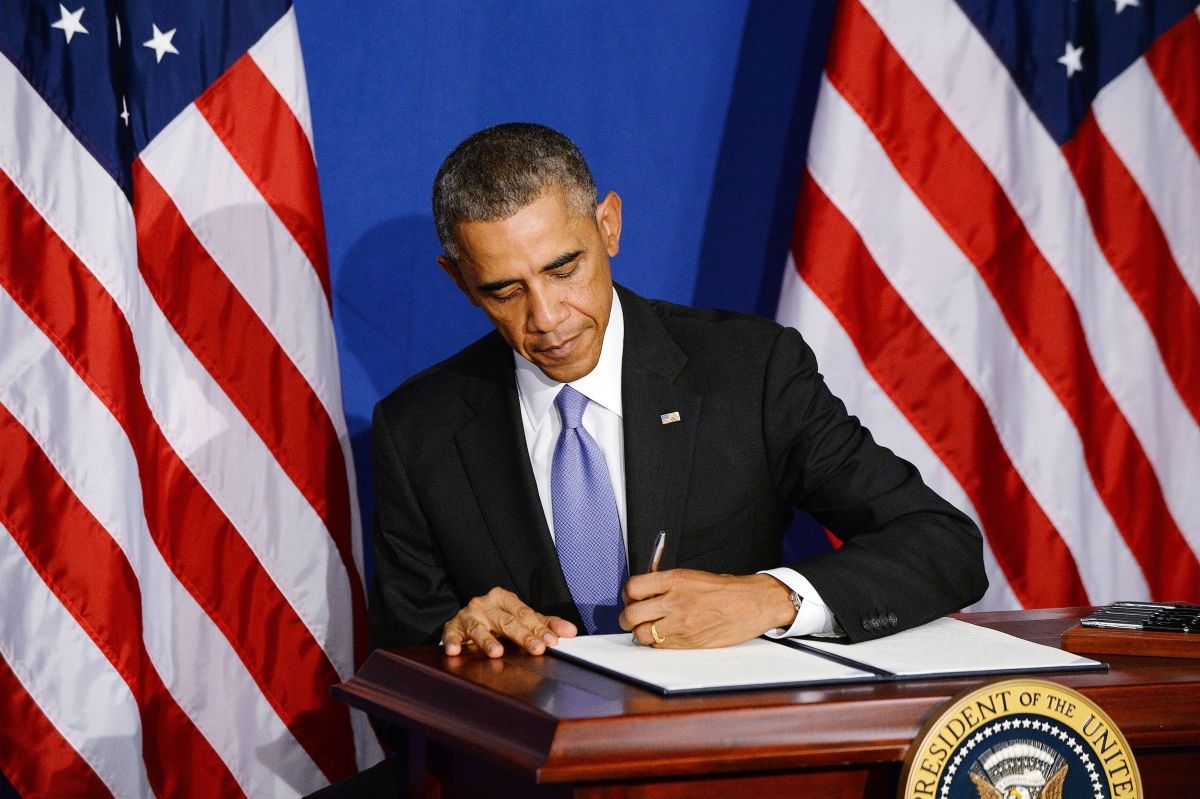 A rule change proposed by the Obama administration forbids states from withholding Title X funding for family planning providers for any reason other than an inability to provide services effectively, thus banning attempts to defund providers (like Planned Parenthood) that also offer abortion services; the new rule goes into effect on 18 January 2017.

The rule change, which is only "permanent" until this or another administration decides to revise it again, was enacted by the U.S. Health and Human Services Department and does not require President Obama's signature to go into effect.

In September 2016, the Obama administration proposed a rule change in the Title X Family Planning Program, which allocates federal funds to state and local agencies for distribution to organizations providing contraception and other non-abortion-related family planning services. The rule change would prevent those agencies from withholding funds for any reason other than an inability to provide those services effectively.

According to the New York Times, the revision was aimed at stopping organized efforts to defund Planned Parenthood on the grounds that it provides abortion services in addition to those specified under Title X:

Opponents of Planned Parenthood in recent years have cut funding to the organization that goes through the Title X Family Planning Program, which provides federal money for services like contraception, testing for sexually transmitted infections and cancer screenings. (Like all federal programs, it is largely barred from paying for abortions.) State and local governments distribute that money to health care providers, and at least 14 states took actions to cut the share they direct to Planned Parenthood.

[T]he Department of Health and Human Services proposed a rule that could stop states from doing this. The rule would make clear that state governments must apportion Title X funds based on a provider’s ability to perform family planning services effectively — not on other factors like whether a provider also offers abortions.

Pro-life advocates such as Tennessee Rep. Diane Black, a member of the Select Investigative Panel on Infant Lives, attacked the proposed rule as an example of "political favoritism" on the part of the Obama administration, according to a Christian News report:

“This latest stunt from President Obama’s Department of Health and Human Services should surprise absolutely no one,” she said in a statement. ... “We’ve known all along that the Obama Administration will go to untold lengths to protect its friends in the big abortion industry.”

Black outlined she plans to write a letter explaining why a number of members of Congress oppose the move.

“We must use the full force of Congress and the grassroots strength of the national pro-life movement to defeat this absurd rule and prevent the Obama Administration from acting unilaterally to carry out political favors and prop up a scandal-ridden abortion provider,” she stated.

The Dept. of Health and Human Services (HHS) contended that the the revision is necessary to remedy the "deleterious effects" of funding restrictions imposed by states for reasons other than the ability to provide covered services:

In the past several years, a number of states have taken actions to restrict participation by certain types of providers as subrecipients in the Title X Program, unrelated to the provider's ability to provide the services required under Title X. In at least several instances, this has led to disruption of services or reduction of services. Since 2011, 13 states have placed restrictions on or eliminated subawards with specific types of providers based on reasons unrelated to their ability to provide required services in an effective manner. When the state health department is a Title X recipient, these restrictions on subrecipient participation can apply. In several instances, these restrictions have interfered with the “capacity [of the applicant] to make rapid and effective use of [Title X federal] assistance.” PHSA sec. 1001(b). Moreover, states that restrict eligibility of subrecipients have caused limitations in the geographic distribution of services, and decreased access to services through trusted and qualified providers.

States have restricted subrecipients from participating in the Title X program in several ways. Some states have employed a tiered approach to compete or distribute Title X funds, whereby entities such as comprehensive primary care providers, state health departments, or community health centers receive a preference in the distribution of Title X funds. This approach effectively excludes providers focused on reproductive health from receiving funds, even though they have been shown to provide higher quality services, such as preconception services, and accomplish Title X programmatic objectives more effectively.

The one thing all parties seem to agree on is that the proposed change would indeed stop local and state agencies from blocking the funding of family planning providers for any reason other than effectiveness. Contrary to what was reported, however, the revision, which was finalized on 19 December 2016 by the Department of Health and Human Services, does not go into effect until 18 January 2017.