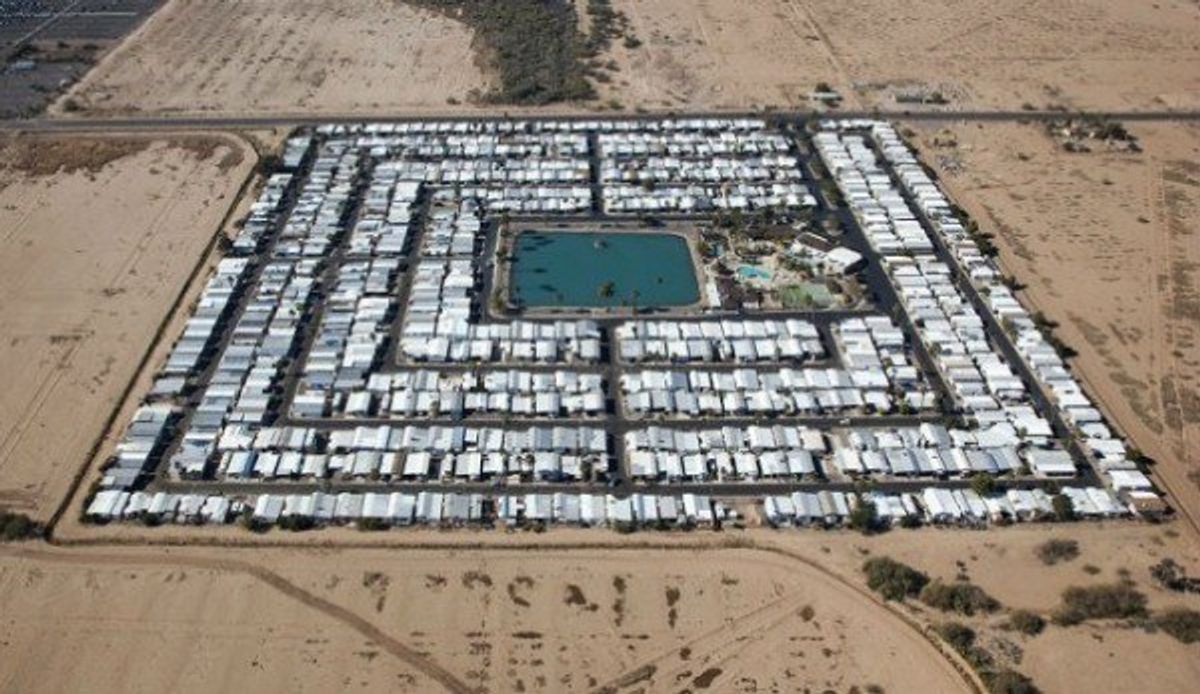 Is it true? FEMA opened a political realignment camp in Willcox Arizon to house 10,000. Considered to be like concentration camps. Plans for 12 before elections in various states

I read a rumor on Facebook that FEMA has opened concentration camps in certain states for political dissidents.

As is often the case, the claim quickly lit up a number of similar blogs and web sites. It should be noted FEMA camps have served as an all-purpose political bogeyman for years, haunting the nightmares of the conspiracy-minded well before the election of Barack Obama in 2008. Mr. Conservative's original article (which appeared to have ignited a flurry of "breaking news" tags) claimed this long-prophesied event had finally come to pass, illustrating their claim with a stock photograph of a trailer park in the Arizona desert:

Obama’s Federal Emergency Management Agency officially opened their first “Political Realignment Facility” in Willcox, Arizona. This type of facility is more commonly known as a “concentration camp,” or even a “death camp.”

According to the National Report, the agency plans to open four other facilities like this this year, and to have twelve up and running by the 2016 election.

This first facility is known as “Camp Alpha,” and it was built on 500 acres of Federal property near the Chiricahua national park in southwest Arizona ... These facilities were ordered and authorized by two-dozen executive orders by President Barack Obama, beginning the day he took office on January 20, 2009. They will serve as camps for conservative-leaning Americans who openly disagree with the Obama administration as well as the Democratic Party. This dissidence could be in Facebook status updates, Tweets, blog posts, or in private conversations intercepted by FEMA.

As the portion excerpted made clear, the all-caps "WARNING" issued by the site was in actuality based on an article ("FEMA’s First Concentration Camp Officially Opens in Arizona") published on the fake news site National Report back on 22 March 2015, so it was hardly even an imminent fabricated threat.

National Report (and similar or related) fake news outlets were also responsible for rumors that Jade Helm claimed its "first" civilian casualty, that President Obama was awarded a second Nobel Peace Prize, that a Vermont pastor was jailed for refusing to officiate a gay wedding, that the band R.E.M. sued Donald Trump for using their song, and that Kim Davis won an ISIS award.

A disclaimer on the National Report site reads: