Were Ex-Obama Officials 'Caught Advising Iran How to Defeat US Foreign Policy'?

An old report, based on anonymous briefings, got a new lease on life amid escalating tensions between the U.S. and Iran in January 2020. 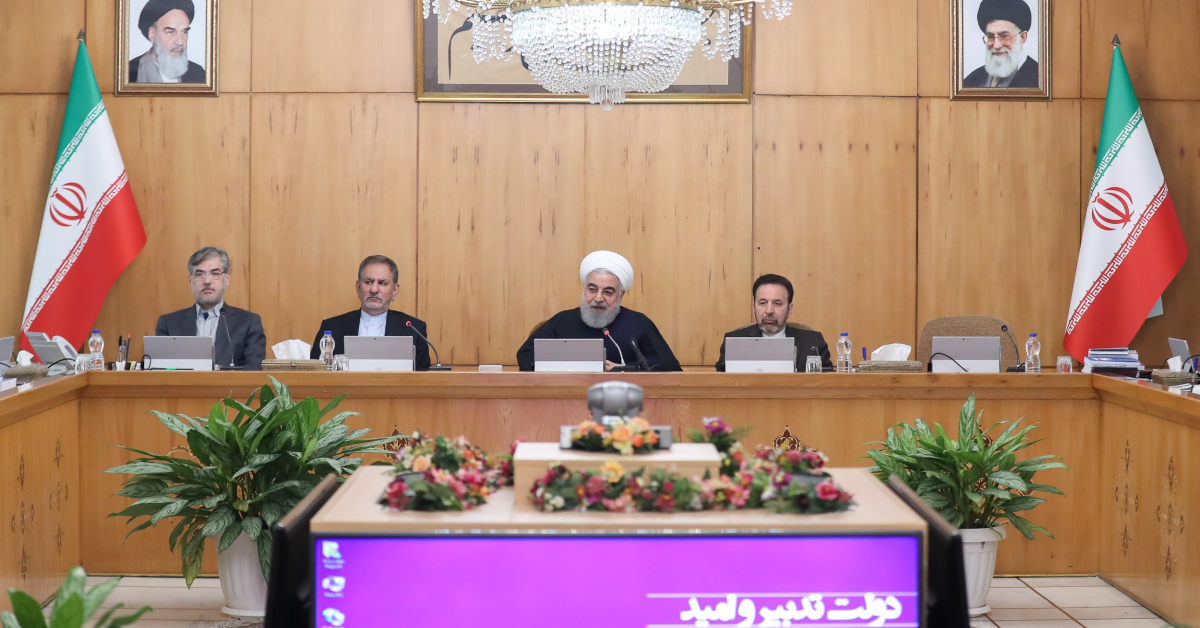 In early 2020, we received multiple inquiries from readers about the accuracy of a report that claimed former officials from the administration of U.S. President Barack Obama had been "caught advising Iran how to defeat U.S. foreign policy."

The claims originated in a June 1, 2019, segment broadcast by the right-wing One America News Network (OANN) and was delivered by Jack Posobiec, a pro-Trump activist who has enthusiastically promoted a series of debunked conspiracy theories, including the Pizzagate and Seth Rich conspiracy theories. The segment can be viewed in full below. The following is an excerpted transcript of Posobiec's report, which carried the headline "Obama Officials Caught Advising Iran How to Defeat U.S. Foreign Policy":

In a shocking new report today, we are now learning that former members of the Obama administration have been caught holding backchannel communications with Iranian officials on how to defeat U.S. foreign policy under the Trump administration. Specifically, they have been contacting Iran's Foreign Minister Mohammad Javad Zarif... In some cases, Obama officials reportedly attended Capitol Hill meetings to learn information about new U.S. policies, from Congressional Democrats, and then relayed that information to the Iranian government. This, of course, is in violation of the Logan Act, the same act that General [Mike] Flynn was spied upon [sic] after Trump had been elected.

Obama officials are desperate to rebuild the Iran nuclear deal that Trump dropped, and they are working with their allies in Congress to complete it. All of this comes at a time when the Trump administration has been successful in isolating Iran from many of its European allies and trading partners, and now in some cases is even seeming to isolate Iran from Syria and Russia by pulling Hezbollah fighters out of Syria, and Russia rejecting Iran's offer to purchase a major air defense system from Moscow. The U.S. has also labeled the Iranian Revolutionary National Guard a terrorist force, and sent military equipment to the Middle East, with escalating tensions against the Islamic republic.

To be clear, the fact that former Obama officials are holding shadow diplomacy with Iran and possibly passing them information from allies in Congress, to undermine U.S. foreign policy, is shocking, and must be investigated by [Attorney General William] Barr, immediately. Let that sink in.

The video was shared widely in the early days of January 2020 and re-promoted on Twitter by Posobiec himself, amid the escalation of tensions between the U.S. and Iran at that time, especially after the Jan. 2 assassination by the U.S. of Qassem Soleimani, major general of Iran's Islamic Revolutionary Guard.

We asked Posobiec to cite or provide sources and evidence in support of the claims in his report. In response, he sent us a link to a May 31, 2019, article published by the right-leaning website Breitbart, which bore the headline "Report: Obama Administration Alumni Advising Iranian Regime on Dealing With Trump." That article was in turn based on an earlier report by The Daily Beast, with the headline "Team Obama Tells Iran: Don’t Escalate, Don’t Take Trump’s Bait." That article reported that:

As the Trump administration sent warplanes and an aircraft carrier to the Persian Gulf, a small group of former Obama administration officials reached out to their contacts in the Iranian government, including Foreign Minister Mohammad Javad Zarif. Their message to Iran: Don’t take Trump’s bait. Stay calm.

Conversations between former Obama officials and Iranian government officials have been ongoing since November 2016. Zarif, who visits the U.S. every year for the U.N. General Assembly in New York, usually meets with lawmakers, think tanks, journalists, and former officials when he is in town. But the recent round of conversations, which took place over the phone and in person over the last two months, came as lines of communication between the U.S. and Iran, through intermediaries in Europe and elsewhere, deteriorated.

The Daily Beast's article cited unnamed purported former Obama administration officials as saying they had held informal discussions with current Iranian government officials, encouraging them not to respond in kind to the Trump administration's escalation of tensions between the two countries, as follows:

"One former official who worked on the Obama administration’s Iran policy told The Daily Beast he spoke with Iranian government officials as recently as a few weeks ago, as tensions were cresting. His message, he said, was simple: The Trump administration can escalate things plenty all by itself; the Iranians shouldn’t take the bait, fuel the fire, and move things from bad to worse by, for example, pulling completely out of the nuclear deal."

Neither The Daily Beast's nor Breitbart's articles contained the allegation (made by Posobiec) that those former Obama officials funneled to the Iranian government information they had acquired in congressional meetings. Furthermore, Posobiec's claim that the officials had been "caught" engaging in discussions appears misleading, because The Daily Beast reported that some of those officials themselves told the website about the talks, which they purportedly viewed as "normal."

Since the version of events presented by The Daily Beast was purportedly based on briefings given by unnamed individuals, we cannot verify its key claims by contacting those individuals directly. As such, its claims, and the claims contained in Breitbart's subsequent article and Posobiec's later OANN report, remain unproven. If we obtain on-the-record evidence that definitively corroborates or disproves those claims, we will update this fact check accordingly.

Palma, Bethania.  "Did the Brother of a Dayton Mass Shooting Victim Post a Pro-Trump Message on Facebook?"   Snopes.com.  9 August 2019.