Doctored images appear to show the 43rd and 44th U.S. presidents leading a Twitter backlash against the controversial rapper. 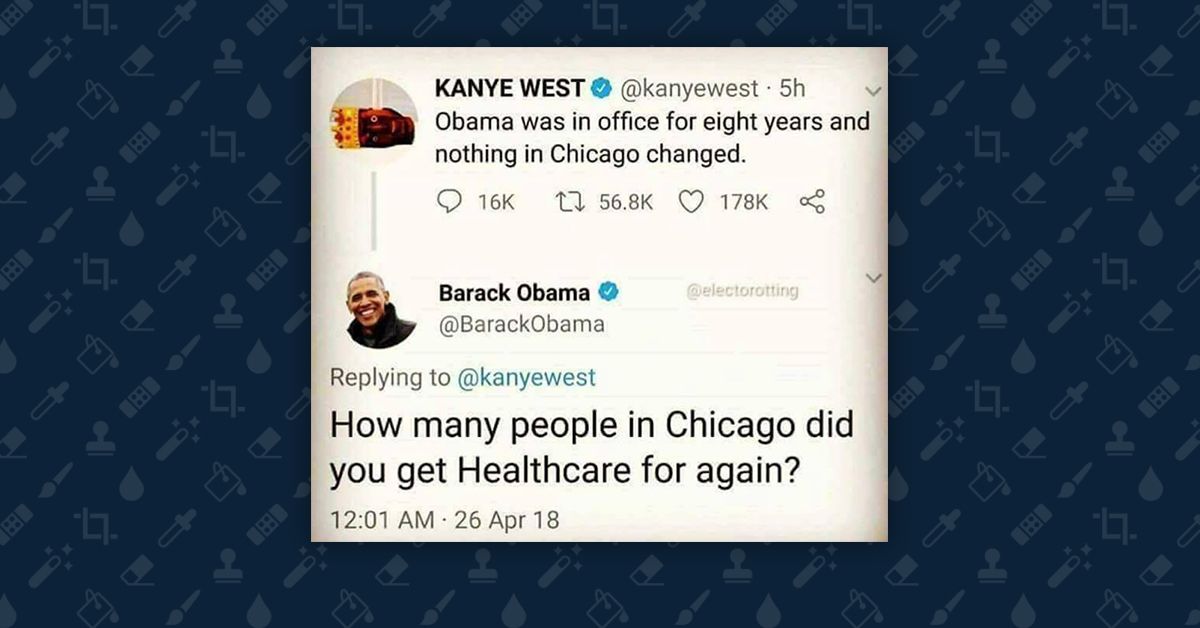 Rapper and producer Kanye West engendered controversy in April 2018 after reviving his activity on Twitter and posting a series of tweets on a variety of political, social, and racial issues. In one tweet, he declared his love for President Donald Trump, while in anothe, he criticized former president (and fellow Chicagoan) Barack Obama:

Obama was in office for eight years and nothing in Chicago changed.

In the midst of West's tweeting spurt, two fake tweets emerged which purported to show a backlash against his comments from the 43rd and 44th presidents of the United States.

On 28 April 2018, the American News X Facebook page posted what appeared to be a screenshot of a response by Obama to the rapper's "Chicago" dig: A second image purported to show George W. Bush stepping into the Twitter fray, using a criticism that West famously leveled against the former president himself in the aftermath of Hurricane Katrina in 2005: Neither former President Obama nor President Bush issued any such tweets. (George W. Bush does not even have a verified personal Twitter account.) Both screenshots appear to be the products of digital image editing.