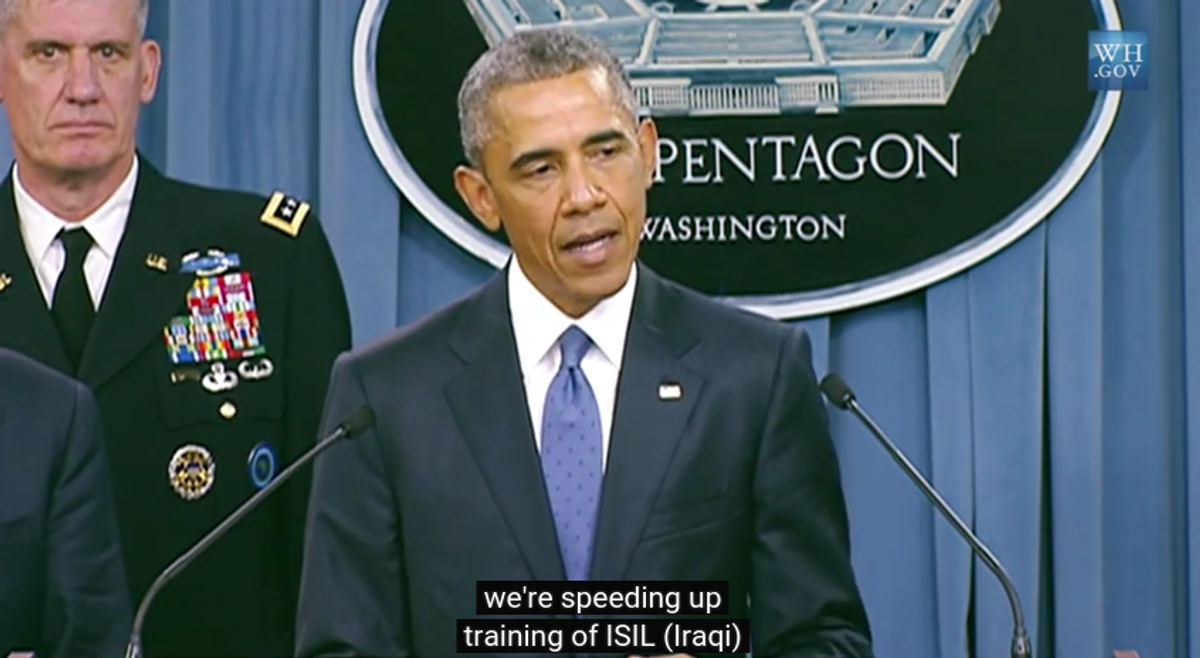 FACT CHECK:   Did President Obama "admit" during remarks he delivered at the Pentagon that the United States was "training ISIL"?

Claim:   President Obama "admitted" during a Pentagon speech that the United States was "training ISIL."

Origins:    On 7 July 2015, a YouTube video entitled "Obama Just Made A SHOCKING Admission!" began circulating online, purporting to document the President's admission during that the U.S. was training forces of the extremist militant group ISIL (also known as ISIS):

"But the fall of Ramadi has galvanized the Iraqi government. So, with the additional steps I ordered last month, we’re speeding up training of ISIL forces, including volunteers from Sunni tribes in Anbar Province."

Althoough the video does include a portion of a speech given by President Obama at the Pentagon on 6 July 2015 about "Progress in the Fight Against ISIL," the suggestion that he "made a shocking admission" about "training ISIL forces" is inaccurate. The President's comments merely included slip of the tongue, as evidenced by the President's following statement (i.e., that Sunni volunteers were being trained as "a new force against ISIL") and a correction issued by the White House (which noted President Obama's slip and placed the word "Iraqi" in brackets where it should have been used):

The quote in question can be heard at the 5:20 mark in the video embedded below: