Does a Risque Photo Show Obama Eating a Hot Dog in Front of a Statue?

You never can tell what unintended elements might end up in your pictures. 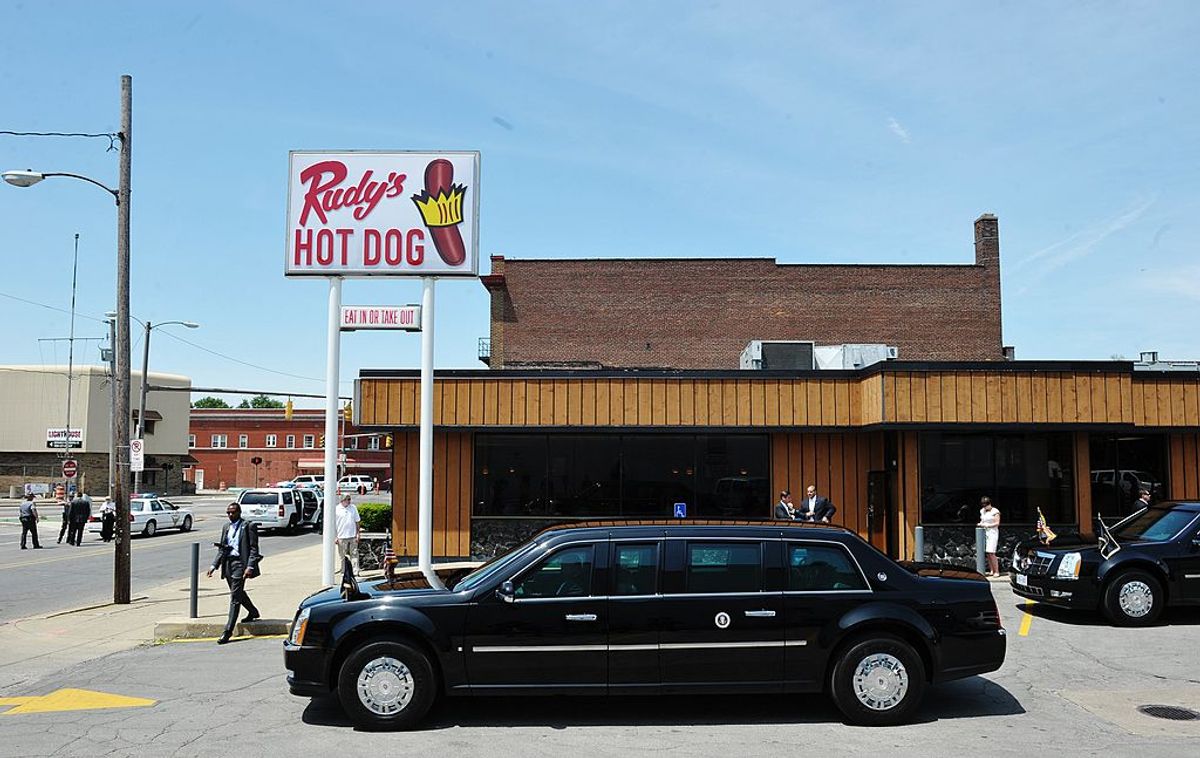 The internet is rife with examples of photographs in which foreground and background elements have combined in ways not intended by the photographer to create "optical illusions," some of which appear to depict rather embarrassing scenarios.

One such example of this phenomenon purportedly captured Barack Obama chowing down on a hot dog in a museum while standing in front of a statue in such a way that the flattening of visual depth in the resulting photograph created a rather salacious scenario: Obama is rather well-known as an enthusiastic consumer of hot dogs, but he it isn't known for lacking an awareness of his surroundings while engaging in that activity — at least, not in the way pictured above.

The risqué image seen above is a composite, created by melding a picture of what appears to be a museum exhibit with an Associated Press photograph of then-U.S. Sen. Obama eating a hot dog at an Independence Day picnic in Butte, Montana, on July 4, 2008: