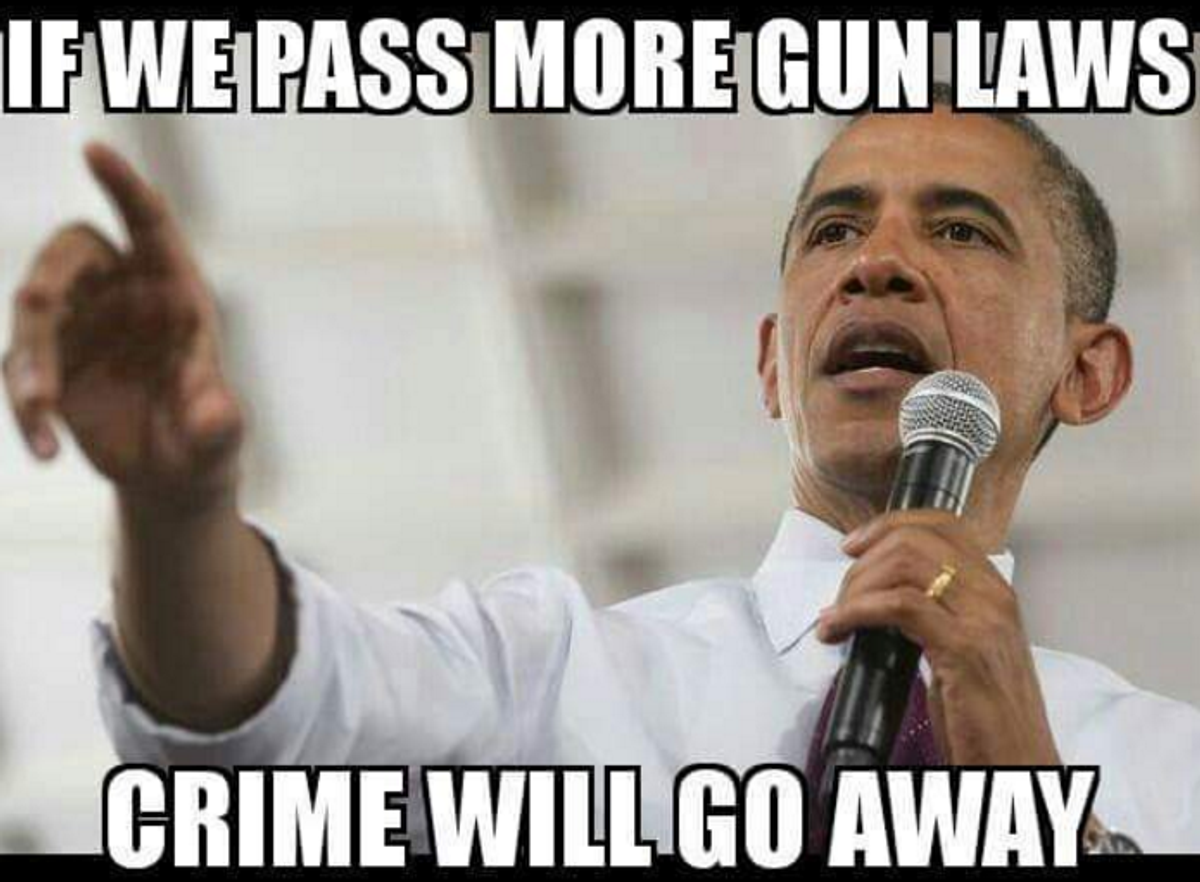 Claim:
President Obama said that "if we pass more gun laws, crime will go away."
Rating:

In December 2015, a meme featuring a photo of President Obama along with a quote ostensibly uttered by him about how more gun laws will eliminate crime started circulating around the internet: The above-displayed quote was never uttered by President Obama. We found no reputable source attributing the quote to Obama or anyone in his administration.

The earliest iteration of the phrase we could uncover came from Twitter user Brian Sewell on 13 December 2015. At the time, the phrase was not attributed to a single speaker but to the government as a whole:

On 14 December 2015, the "Young Conservative" Twitter account shared the meme as an example of "liberal logic."  While the above-displayed quote perhaps captured the view of some conservatives in regard to the government's stance on gun control, this is not a direct quote from President Obama or anyone in his administration.

In fact, when President Obama announced on 5 January 2016 that he will take executive action to tighten gun laws, he acknowledged that "no law or set of laws will end gun violence":

Most gun owners are responsible and law-abiding, and they use their guns safely. The President strongly believes that the Second Amendment guarantees an individual right to bear arms. But to better protect our children and our communities from tragic mass shootings like those in Newtown, Aurora, Oak Creek, and Tucson, there are common-sense steps we can take right now.

While no law or set of laws will end gun violence, it is clear that the American people want action. If even one child’s life can be saved, then we need to act. Now is the time to do the right thing for our children, our communities, and the country we love.

The above-displayed meme illustrates a common view among conservatives about the government's stance on gun control. The meme does not, however, feature a direct quote from the President.