Is This Image of Obama With a Fly Near His Lip Real?

Vice President Mike Pence is not the first politician to be bugged by the bothersome housefly. 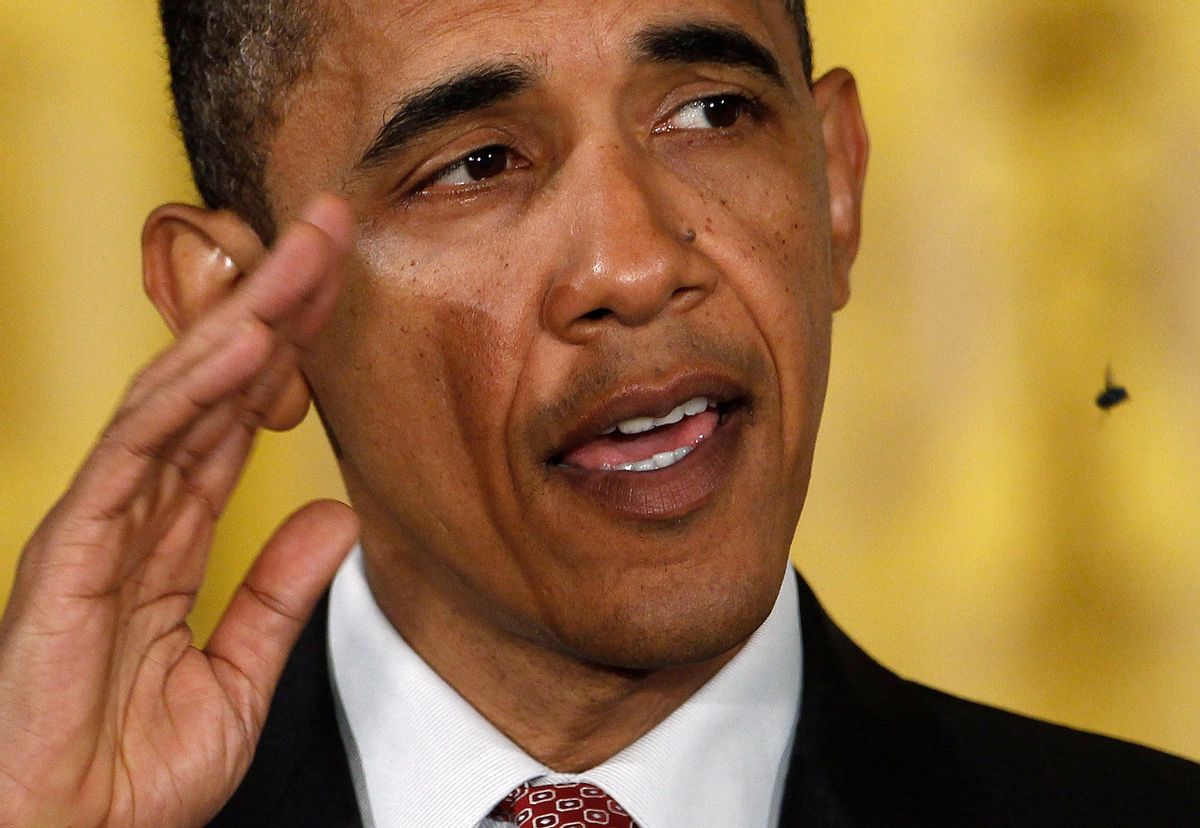 Claim:
A photograph shows U.S. President Barack Obama with a fly near his lip.
Rating:

On Oct. 7, 2020, Vice President Mike Pence and vice presidential candidate Kamala Harris squared off during their first and only debate of the presidential campaign season. As the two politicians discussed the biggest topics of the day — such as the coronavirus pandemic, police reform, global warming, and the Supreme Court — many social media users got distracted when a fly took up residence on Pence's head for a full two minutes.

As social media jokes cracked jokes about the odd visual, some came to Pence's defense and noted that he was not the first politician to be bothered by a housefly, and shared a photograph that supposedly showed former U.S. President Barack Obama with a fly on his lip: This is a genuine image of Obama with a fly near his lip.

This image was taken by Carolyn Kaster for The Associated Press on June 22, 2010, and shows a moment when a fly landed on Obama as he delivered remarks concerning the Affordable Care Act and the New Patients Bill of Rights. Here's a video from the incident:

As Obama referenced in the above-displayed video — at one point he says "get out of here" and then tells the press "you've seen me grab one of those before" — this wasn't his only run-in with a fly. During an interview with CNBC, Obama briefly stopped the interview to swat a fly that landed on his hand:

Obama and Pence, of course, are hardly the only politicians who have been bothered by a fly at an inopportune moment.

For example, in August 2020, a fly landed on former Mayor Michael Bloomberg's face during his speech at the Democratic National Convention. During a 2016 campaign speech, a fly was spotted buzzing around then-candidate Donald Trump's hair. At a presidential debate that same year, a fly landed on former Secretary of State Hillary Clinton's face.