Obama Lowered Flags for Whitney Houston But Not Nancy Reagan 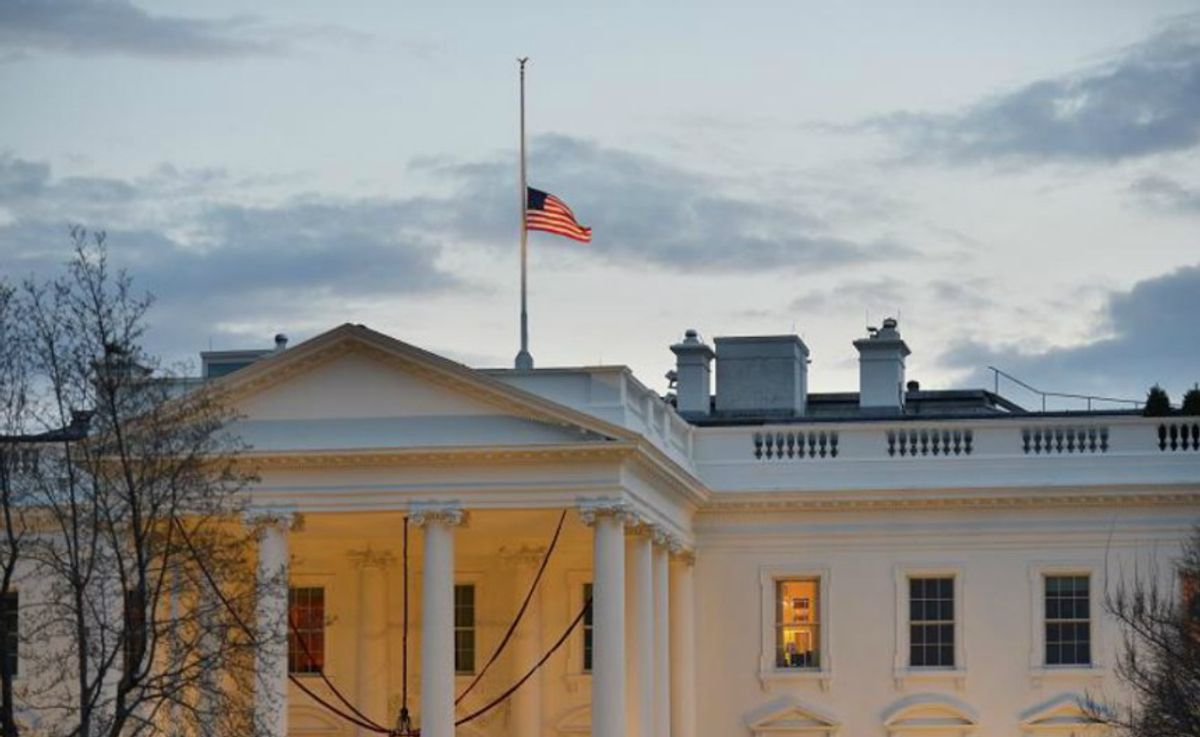 Claim:
President Obama ordered flags be flown at half-staff to mark the death of singer Whitney Houston, but he did not extend that honor to former first lady Nancy Reagan.
Rating:

Shortly after former first lady Nancy Reagan passed away in early March 2016, social media users began claiming that President Barack Obama had ordered U.S. flags to be lowered to mark the death of singer Whitney Houston in 2012, but he did not extend that honor to Nancy Reagan.

That rumor was easily disproved. First was the claim that President Obama ordered flags to be flown at half-staff following the death of Whitney Houston is false. That symbolic gesture was undertaken only in the state of New Jersey (where Houston was born) and was the result of a statewide directive issued by New Jersey governor Chris Christie. There was no corresponding national proclamation from President Obama:

Houston, a New Jersey native, was also buried in that state, and New Jersey governor Chris Christie made a somewhat controversial decision in directing all New Jersey state flags to be flown at half-staff in her honor — critics contended that such a gesture should be reserved for members of the military, first responders, and state officials, and also that "it was wrong to honor a drug addict." Governor Christie defended his decision, saying: "I am disturbed by people who believe that because of her history of substance abuse that somehow she's forfeited the good things that she did in her life." (The previous year, Governor Christie had also directed flags to be flown at half-staff to mark the passing of Clarence Clemons, the saxophonist for Bruce Springsteen'sE Street Band, with little public outcry.)

The day after Nancy Reagan's death was reported, President Obama called for all flags at the White House and federal buildings to be flown at half-staff until sunset on the day of her burial:

President Obama [has] ordered flags to fly at half-staff to honor former first lady Nancy Reagan, who died at 94.

The president issued a proclamation calling for flags to be lowered at the White House, military posts and all public grounds "as a mark of respect for the memory of Nancy Reagan."

Flags will fly at half-staff until sunset on the day she is buried alongside her husband at the Ronald Reagan Presidential Library in Simi Valley, Calif.

Additionally, Barack and Michelle Obama issued a joint statement in which they lauded the former first lady's "proud example, and her warm and generous advice."