The drone program has ratcheted up with each successive administration. 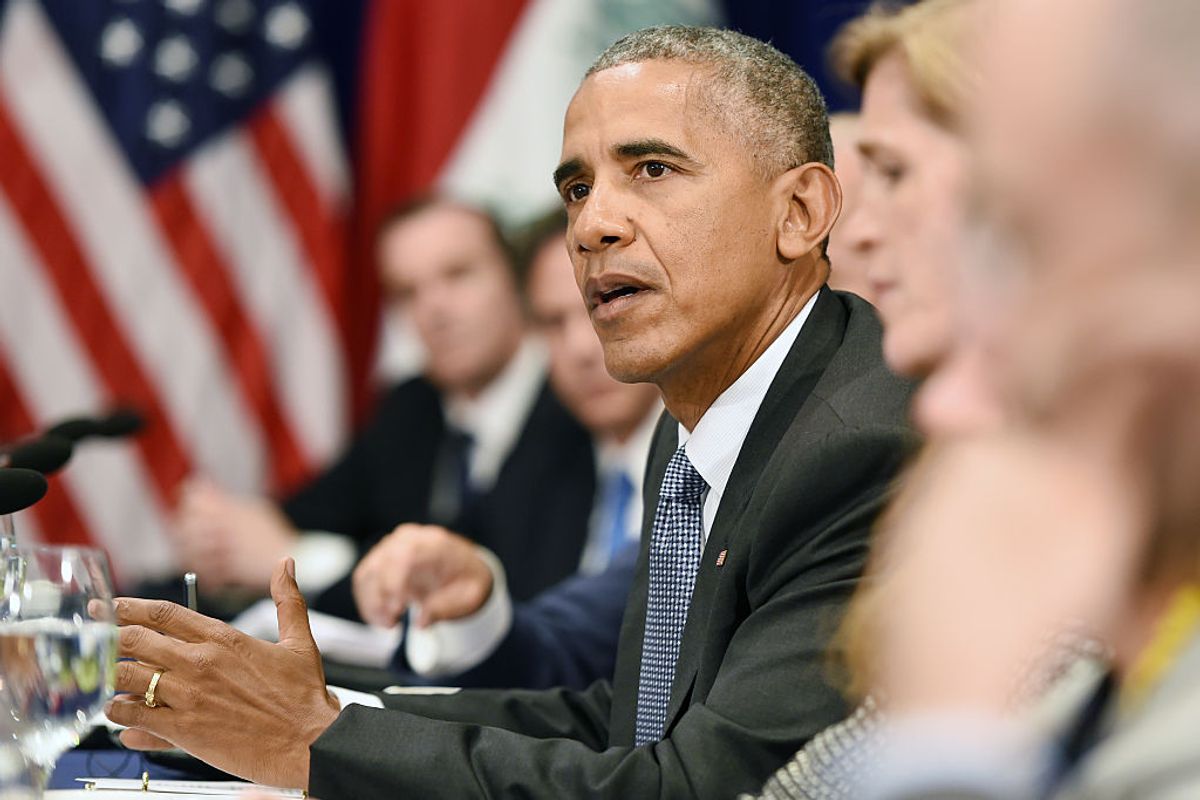 Two days into the 2020 new year, U.S. President Donald Trump ordered a drone strike that killed Iranian Gen. Qassem Soleimani in Iraq, setting off an escalating series of events that included Iran pulling out of its 2015 nuclear deal with the U.S. and other world powers, threats of retaliation traded in both directions, and the Iraqi parliament voting to end the presence of thousands of U.S. troops in Iraq.

Critics of the president's decision voiced fears that it brought the U.S. to the brink of yet another long, bloody war in the Middle East. But some of Trump's supporters pointed out that former President Barack Obama also engaged in drone warfare.

For instance, social media users widely shared a statistic that Obama ordered 542 drone strikes while president, resulting in the deaths of 3,797 people, including 542 civilians. Snopes.com readers asked us to verify the figures. Here is an example of the information and how it was being used on social media. We have cropped this Twitter user's name out for privacy reasons. Other than an apparent typo in the civilian death-toll count above, the figures being shared are based on the reporting of political scientist Micah Zenko, who in 2017 reported for the non-profit research organization Council on Foreign Relations that "The 542 drone strikes that Obama authorized killed an estimated 3,797 people, including 324 civilians." Zenko's figures are based on U.S. military press releases and news reports.

As Zenko noted, the Office of the Director of National Intelligence released two reports tallying drone strikes under the Obama administration. The first reported that there were 473 strikes between January 20, 2009, and December 31, 2015, in "areas of active hostilities" that included Afghanistan, Iraq, and Syria. The second reported that there were another 53 strikes in the same region for 2016, bringing the total to 526, a figure that doesn't include Obama's final 20 days in office in January 2017.

Exact figures on total number of strikes and resulting casualties depend on the source. Independent organizations that have tracked air strikes made in the U.S.-led global war on terror generally produce figures that are higher than those produced by the U.S. government. The Bureau of Investigative Journalism, for example, reported there were a total of 563 air strikes authorized by Obama, "largely by drones," which hit targets in Somalia, Yemen, and Pakistan. Meanwhile, New America, a public policy think tank, estimates there were 571 drone strikes under the Obama administration in Somalia, Yemen, and Pakistan.

The drone program under Obama and the strike that killed Soleimani are not apt comparisons. The U.S. has been carrying out drone warfare in the region since the administration of George W. Bush, Obama's predecessor. Although such warfare has always been controversial, the fallout over the killing of Soleimani is the result of his status in the Iranian government. As Reuters reported, "Major General Qassem Soleimani was the second most powerful man in Iran. He answered only to the Supreme Leader Ayatollah Ali Khamenei." His killing, per Reuters, "struck at the heart" of leadership in Tehran.

In March 2018, Trump revoked an Obama executive order requiring an annual disclosure of civilian deaths resulting from drone strikes. The Bureau of Investigative Journalism also reported that the number of drone strikes ratcheted up during Trump's first year in office, doubling in Somalia and tripling in Yemen.