An online article claims President Obama has used a loophole in federal statutes to cut military pay for three years in a row. That's half-true. 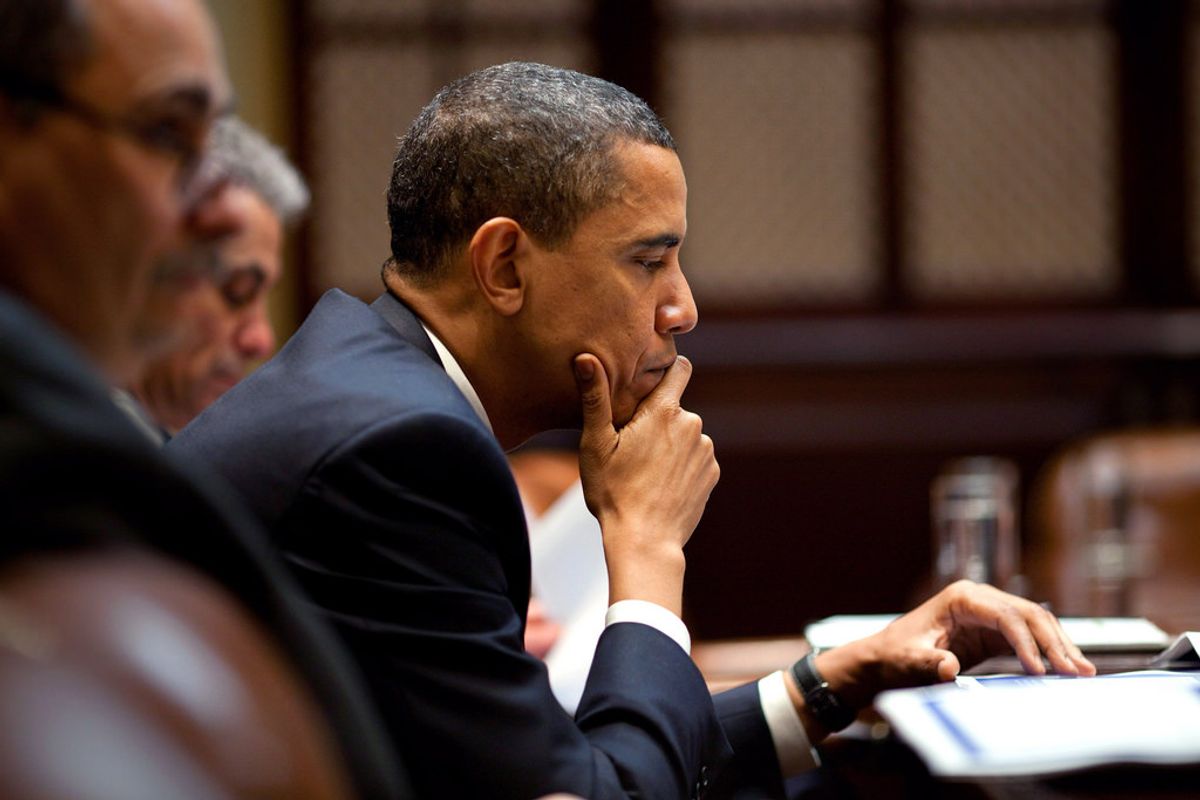 Claim:
President Obama has used a loophole in federal statutes to cut military pay three years in a row.
Rating:

On 27 July 2016, the web site EndingtheFed.com published an article headlined "Obama Cuts Military Pay for 3rd Year in a Row," reporting that President Obama had been responsible for "deterring" a pay raise for the military while simultaneously seeking to increase the federal minimum wage "for illegal aliens" to $15 per hour:

While shouting that the minimum wage for illegal aliens working at McDonalds should be $15 an hour, President Obama used a loophole in the US Code deter a pay raise to the military.

While there's a grain of truth to what's stated above, the headline under which it was published was quite misleading, and parts of the article text were completely false.

U.S. military personnel actually received an overall pay increase each year between 2014 and 2016, although it was fairly small (1% to 1.3%) and less than than it would have been had President Obama not exercised his authority to override the standard formula for military pay raises written into U.S. Code.

The formula ties fluctuations in military pay to the national Employment Cost Index (ECI), a measure of private sector labor costs, to prevent military wages from lagging behind civilian pay. However, that same law empowers the President (with the approval of Congress) to raise or lower a prescribed military pay raise on the grounds of extenuating economic circumstances. For the years 2014, 2015 and 2016, President Obama did, in fact, cap those amounts as follows:

The Obama administration's 2017 budget calls for a 1.6% increase in military pay.

As to the claim that the capped pay increase for 2016 resulted in a wage of less than $3 per hour for grade E-4 military personnel, that figure would appear to based on a 24-hour-a-day, seven-day work week. We see the logic in that, especially in regard to service men and women on combat duty, but it's probably not the most cogent way to compare military and non-military compensation. According to MilitaryRates.com, a service member with less than three years' experience and a pay grade of E-4 earned a base wage of $2,150.51 per month in 2016, or roughly $538 per week, plus non-taxable food and housing allowances, health care coverage and special and incentive payments based on their specific qualifications and duties. The median average wage for all Americans, most recently calculated by the Social Security Administration in 2014, was approximately $555 per week. No matter how it's measured, the gap between military and non-military pay has unquestionably widened in recent years.