Did Obama Scale Back 'Massive' 60th Birthday Party Due to COVID-19 Concerns?

George Clooney, Steven Spielberg, and Oprah Winfrey were reportedly among the "hundreds" of invitees. 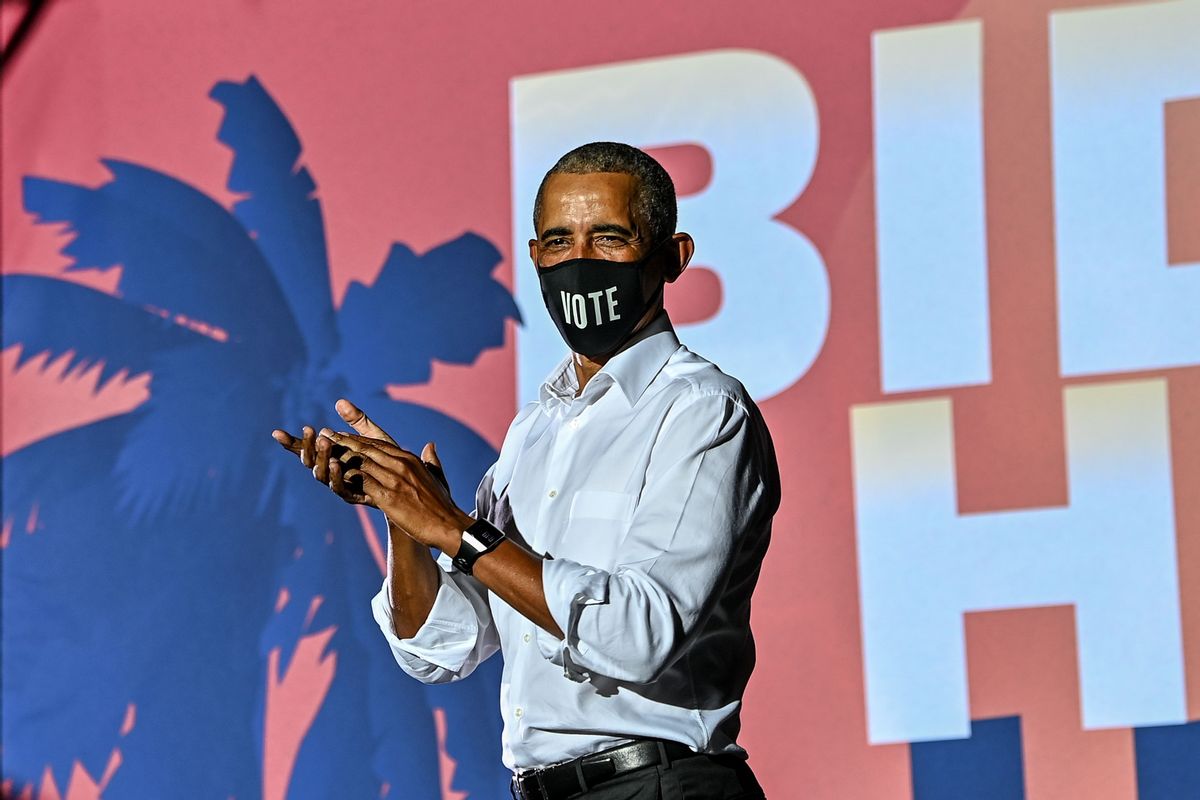 As the delta variant of the virus that causes COVID-19 spread rapidly in summer 2021, Snopes readers asked us to investigate rumors swirling about former U.S. President Barack Obama's plans to host "hundreds" of celebrities and politicians at a party to celebrate his 60th birthday.

According to posts readers had seen online, Obama was defying public health recommendations to curb the spread of the contagious coronavirus strain by scheduling the event at his estate on Martha's Vineyard, an island located south of Cape Cod in Massachusetts, the weekend of Aug. 7. The New York Times reported that George Clooney, Steven Spielberg, and Oprah Winfrey were among invitees. On Aug. 2, numerous news outlets and tabloids reported on the upcoming celebration on Martha's Vineyard, which is about 100 miles from Provincetown by road and ferry.

An anonymous source, whose connection to the former president remained unknown, told the Chicago Sun-Times that the party's guest list spanned "family, friends, and staff" and a so-called "COVID coordinator" who would oversee efforts to make sure attendees tested negative for COVID-19 or were fully vaccinated. The celebration was planned to take place outdoors, per the reports.

Psaki — who served in Obama's presidential administration — referred Doocy to Obama's team organizing the party for its specifics, adding:

Psaki: Former President Obama has been a huge advocate of individuals getting vaccinated. When CDC provided guid- — has provided — what CDC has provided guidance on is for indoor settings in high or substantial high zones of COVID cases.

This event, according to all the public reporting, is outdoors and in a moderate zone. But in addition, there is testing requirements and other steps they are taking, which I’m sure they can outline for you in more detail.

In other words, Psaki emphasized that public health officials considered Martha's Vineyard a "moderate zone" for COVID-19 cases — which, by the CDC's definition, means there's "sustained transmission with high likelihood or confirmed exposure within communal settings and potential for rapid increase in cases." (The press secretary's office confirmed with Snopes that was indeed the measurement to which she was referring. Since the Aug. 2 briefing, however, the CDC's rating for Dukes County, which covers Martha's Vineyard, worsened to "high" rates of transmission.")

The exchange with the Fox News reporter and Psaki continued like this, according to the C-SPAN video and transcript:

Doocy: But is there any concern, just because — as you said here, and you’ve had people saying over the last couple days — vaccinated people can still spread this Delta variant around? So is there concern that this President Obama birthday party might become a super-spreader event?

Psaki: Well, I think, Peter, the guidance is about what steps people can take when they’re in public settings — indoor settings, specifically, was the new guidance — to keep themselves and others safe.

In terms of what protocols they are taking, I would refer you to them, and I’m sure they can give you more details.

Psaki: Well, we certainly advise everyone to follow public health guidelines, which I know the former President, who is a huge advocate of getting vaccinated, of following the guidance of public health experts, would certainly advocate for himself as well.

As of this writing, the CDC recommends everyone, regardless of their vaccination status, to wear masks indoors in public in areas of "substantial or high transmission." You can check the status of your home or destination using this interactive tool, and you can review all of the CDC's recommendations for vaccinated individuals here.

Let us note here: The day before the above-transcribed comments by Psaki, Director of the National Institutes of Health Francis Collins told CNN's Jake Tapper that "there will be some need for common sense" when it comes to hosting large, in-person events at this stage in the pandemic. Collins said, according to a transcript by that news outlet:

If you're talking about a small party like I might have at my house for six or eight people who are all fully vaccinated, I do not believe, at this point, we need to put masks on to be next to each other.

But if there were 100 people — and, of course, how are you really going to be sure about people's vaccination status? And maybe there's some immunocompromised people there who, though they're vaccinated, are not actually fully protected, then the dynamic changes a little bit. There will be some need for common sense there.

However, it was true that, after reports about Obama's party surfaced — including a news story by CBS Boston in which Massachusetts Gov. Charlie Baker, a Republican, told reporters he would not go to the celebration if he had gotten an invite — Obama's team reversed course.

Hannah Hankins, a spokeswoman for the former president, said in a statement to news outlets including Snopes, The Washington Post, The New York Times, and CNN on Aug. 4:

“The outdoor event was planned months ago in accordance with all public guidelines and covid safeguards in place. Due to the new spread of the Delta variant over the past week, the President and Mrs. Obama have decided to significantly scale back the event to include only family and close friends.”

David Axelrod, a former top Obama adviser, elaborated on the change in comments to The New York Times:

“They’ve been concerned about the virus from the beginning, asking invited guests if they had been vaccinated, requesting that they get a test proximate to the event,” Axelrod said. “But when this was planned, the situation was quite different. So they responded to the changing circumstances.”

Snopes also asked Hankins for the updated guest list of "only family and close friends" and she said they have not confirmed the names. Snopes also reached out to representative for Axelrod for any more details on what, exactly, motivated the change, and we have not received a response.

In sum, considering the spokespeople's comments outlining the party's reduced guest list and their timing, we rate this claim "True."

This report was updated to note that, by road and ferry, Provincetown is 100 miles from Martha's Vineyard.