No, Obama Did Not Confirm He Will Refuse to Leave Office if Trump Wins

A fake news site cranked out an election year fairy tale guaranteed to tickle the fancy of every conspiracy theorist. 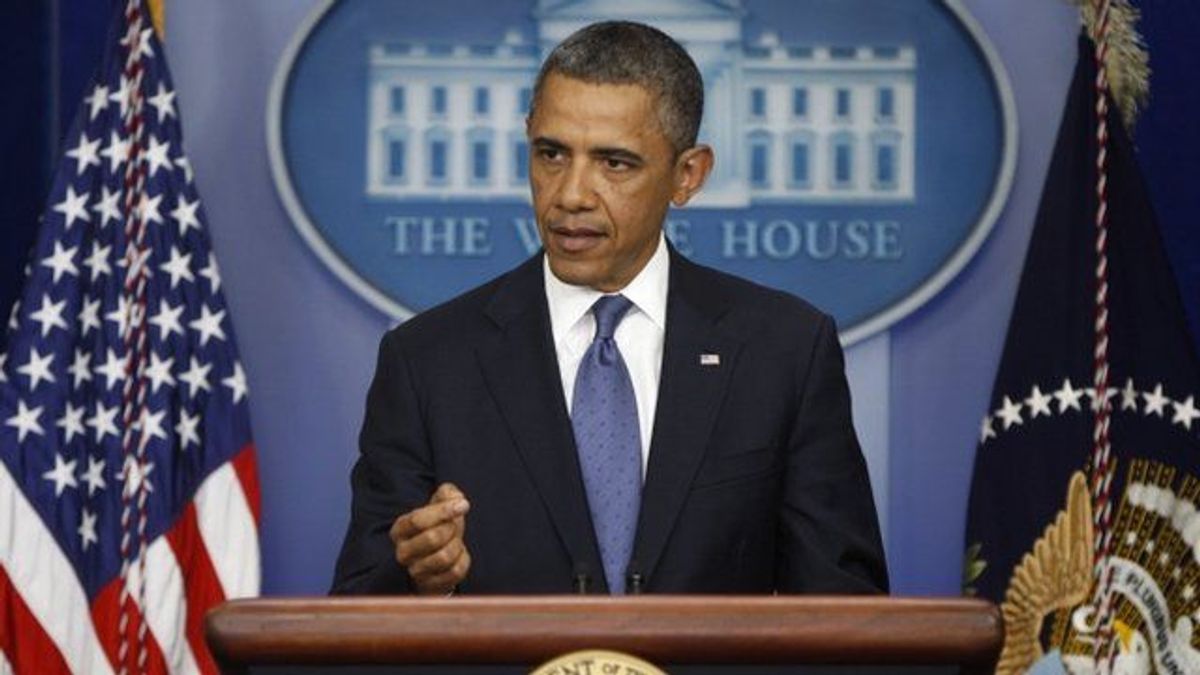 A 6 September 2016 article on the web site The Burrard Street Journal claimed President Obama told CNN's Wolf Blitzer in an interview that "in the best interests of our nation," he'll refuse to leave office if GOP candidate Donald Trump is elected President:

The current president claims he is “fully prepared” to ignore the popular vote if it means stopping Trump, having found what he believes is a little known loophole that would allow him to remain in charge until a re-election is called.

“As president, I must do what I feel is in the best interests of our nation,” he explained. “If the American people elected ‘the Donald’ then I will be forced to take whatever actions I deem necessary.”

When asked by the CNN anchor if he would remain in charge, Obama’s response was firm. “I am not standing down as president if it means four years of President Trump,” he said categorically.

The article was widely shared via social media by two separate constituencies, each for its own different, yet related, reason. One reason is that it taps into an undercurrent of paranoia that resurfaces every four years based on the fear that an incumbent president will circumvent the democratic process and defy the Constitution in order to avoid having to relinquish power. Two, it's a passably amusing spoof of that conspiracist mentality.

As we've had occasion to observe previously, The Burrard Street Journal doesn't publish real news. As stated on its disclaimer page, the web site's content is purely satirical: