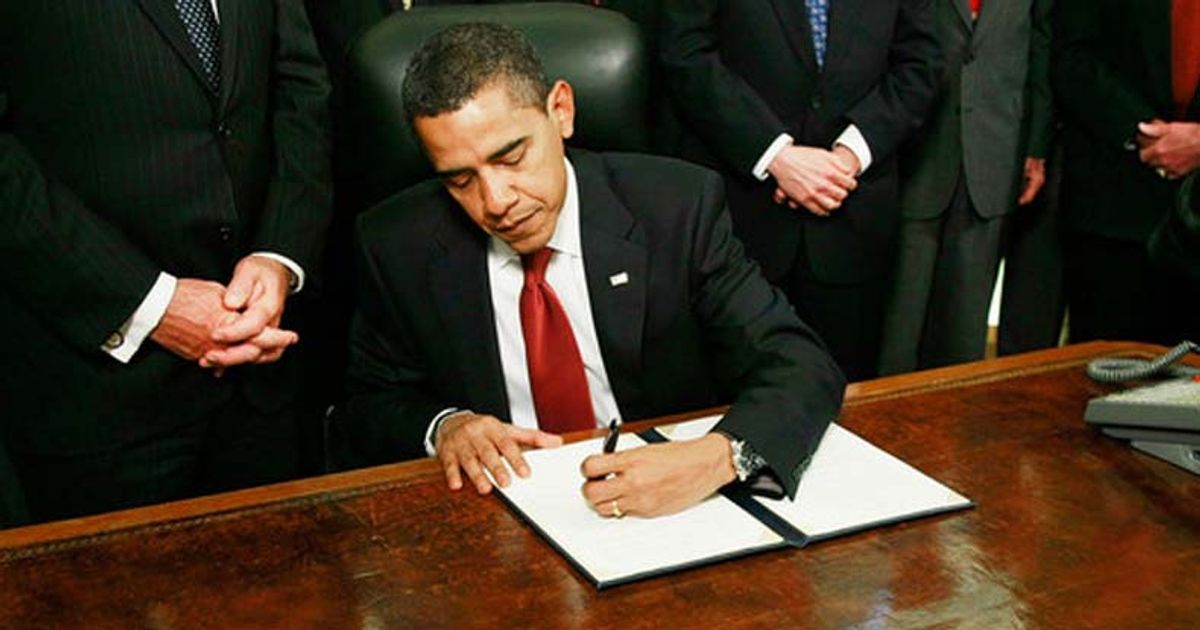 On 7 July 2016, the Christian Post published an article reporting that President Obama signed an executive order commissioning megachurch pastor Rob Bell to create a gender-neutral version of the Bible:

Meant to serve as a corollary to Obama's demands that public schools allow boys to go into girls' bathrooms, the executive order will give Bell $7 million to research, write and and publish a Bible that breaks through the barriers of gender.

In a rare White House press briefing, Obama said Bell is the most competent person for the job.

"Rob Bell is an excellent person, aaaaaaaaaa religious man, aaaaaaaaa smart individual who, like me, knows what it's like to be accused of not being Christian," Obama said.

"Best of all, Bell knows how to irritate the heck out of evangelicals. And while I believe we need a country that is welcoming of all Americans, regardless of who they are, everybody and their dog knows that evangelicals, babies, and nuns don't count."

The article concluded, referencing a portion of Scripture that holds nothing shall be added to the Bible:

While Obama wanted merely to remove the thousands of references to men and women from the sacred text, Bell has already added a few of his own ideas for the new edition. These include:

-- Editing out every reference to the term "Christian," as Jesus would be mortified about the idea that the word in question was being used. At all. In any circumstance.

-- Omitting all references to eternal punishment or damnation, especially Jesus' parable about the Rich Man and Lazarus. After all, Jesus would be mortified about that being there also.

-- Removing all verses that refer to homosexuality and extramarital sex as sinful and replacing them with the phrase "Love Wins!"

Christian Post isn't a satirical web site and typically delivers straight news from an Evangelical perspective. However, the above-quoted article was pubished in a section of the site called BuzzVine, where content is preceded by the following disclaimer:

BuzzVine content is brought to you by BuzzVine Community writers and is each author's own work. The opinions expressed in BuzzVine are for your enjoyment only and do not reflect CP's editorial policy or stance on any issue or persons in any way.

However, that vague signifier is rendered in light gray text, making it extremely easy to skim miss: Those who read the whole article prior to sharing it were likelier to notice a second disclaimer at the bottom, rendered in larger, bold text:

WARNING: THE ARTICLE ABOVE IS A WORK OF SATIRE. PLEASE SHARE RESPONSIBLY.