Presidential papers have been stored in unexpected spaces before. 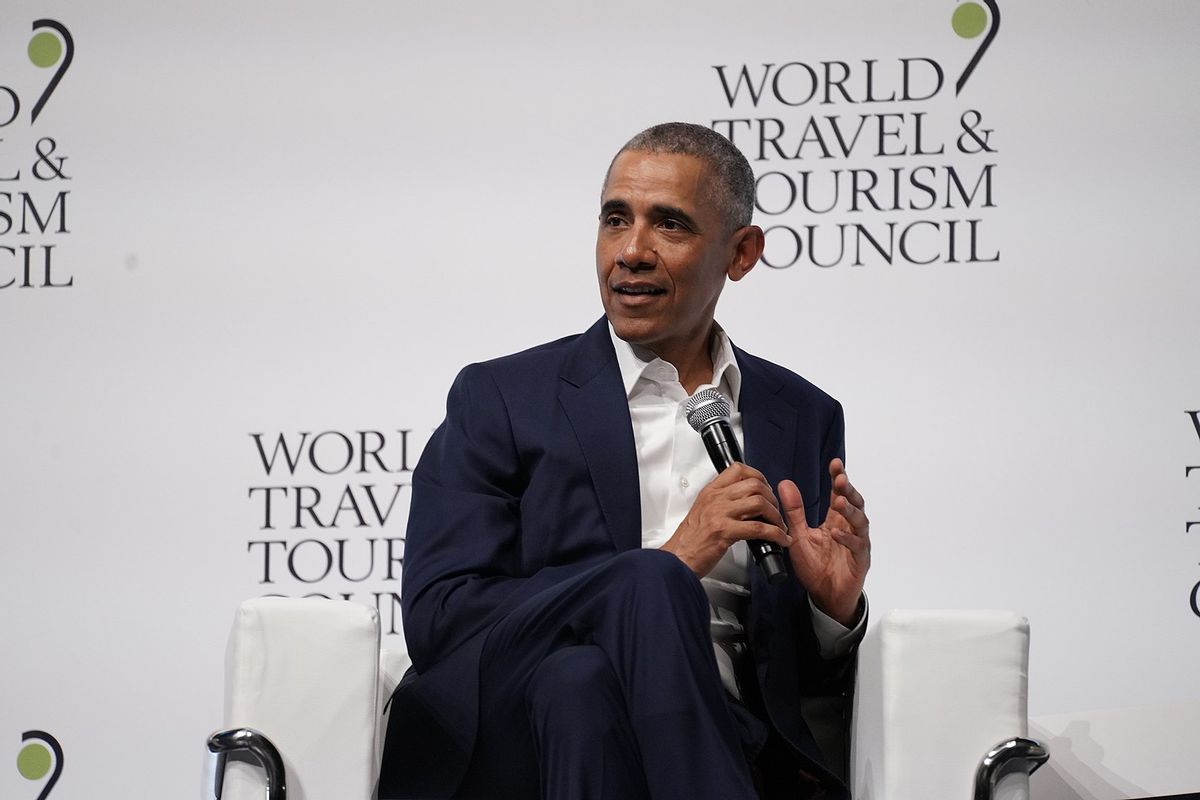 Both classified and unclassified records from the Obama presidency were temporarily located in Hoffman Estates, a suburb of Chicago, in a building that used to be an old furniture store. However, while the Obama Foundation provided funds to move and store those records, it had neither possession nor control of them, given that they were in the custody of the National Archives and Records Administration (NARA) from the day Obama left office.

For example, on Sept. 22, 2022, PJ Media, a right-leaning organization, claimed that “The Obama Foundation stored classified documents in an abandoned furniture warehouse, according to a 2018 letter from the Obama Foundation to the National Archives and Records Administration (NARA).”

In addition to stating that a letter of agreement from September 2018 between the foundation and NARA on the digitization of Obama’s presidential documents, the article said the foundation "not only acknowledged possessing classified documents but also admitted that they kept them in a facility that did not meet NARA standards for the storage of those documents.”

The section of the letter quoted in the article states (bolded by PJ Media):

The Obama Foundation agreés to transfer up to three million three hundred thousand dollars ($3,300,000) to the National Archives Trust Fund (NATF) to support the move of classified and unclassified Obama Presidential records and artifacts from Hoffman Estates to NARA-controlled facilities that conform to the agency’s archival storage standards for such records and artifacts, and for the modification of such spaces. The first transfer of $300,000 was already made on August 9, 2018. An additional interim transfer will be made within 180 days of that date.

The full letter can be read here, and does indeed state the above. What the article fails to mention is that this was an agreement in which the foundation provided funds to move documents, but did not state that the foundation had control or access to those documents. There are also no ongoing investigations or credible accusations against the Obama Foundation for mishandling said documents.

According to the National Archives website, the Barack Obama Presidential Library is located at 2500 W. Golf Road in the Hoffman Estates, Illinois, and contains unclassified materials, while classified records were eventually moved to the Washington, D.C., area. On Aug. 12, 2022, NARA released a statement on the location of these materials, and who maintained responsibility for them (emphasis ours):

This location is indeed a former furniture store, but that is hardly unusual. According to the Chicago Tribune, the space was leased in February 2016 by the General Services Administration (GSA) and NARA took official custody of the documents on Jan. 20, 2017, the day of Trump’s inauguration. However, they were able to begin managing and handling the documents before then. The location is an old Plunkett’s store which was shuttered in 2009, and, contrary to the claims by PJ Media, it is secured and not open to the public. The Tribune reported that Obama’s documents would remain there until the opening of the Obama Presidential Center, and only then would some documents be available for public viewing.

The article also noted that documents of previous presidents were also kept in temporary storage facilities. George H.W. Bush’s papers were kept in a “strip mall space previously occupied by a bowling alley and a Chinese restaurant,” for example, while Bill Clinton’s were in a former Oldsmobile dealership near his future library in Arkansas.

Obama’s Presidential Center’s construction appears to still be in progress. Since the Obama Foundation is privately run, it will need to request to borrow artifacts or records from NARA to display at the center. NARA has said that they did receive funding from the Obama Foundation to help digitize the records, but NARA remains responsible for handling them.

We should note that an ex-president, when building a presidential library, is required to provide a privately funded endowment for that library to NARA, and it must cover 60% of the cost of building the library. If the Obama Presidential Center were to include a library, the foundation would have to raise millions to endow it. However, in 2017, NARA and the foundation announced that the Obama library would be digitized, a decision that saved the foundation a lot of money. Under the digitizing plan, NARA would maintain control of all physical copies of documents once they’ve gone online, and “store and preserve the original materials in an existing NARA facility that meets NARA’s standards for archival storage.” Classified documents would go to a facility in the Washington, D.C., area.

On Sept. 23, 2022, NARA released a statement maintaining that the Obama Foundation had no access to their records, which were maintained in Hoffman Estates “in accordance with archival storage standards” (emphasis ours):

The Obama Foundation, an independent entity, has never had control over the records in Hoffman Estates. All records in that facility are stored and managed by NARA in accordance with archival storage standards, and all classified records were stored in an appropriately secured compartment within the facility. NARA moved these records at the end of the Obama administration to the Hoffman Estates facility under the assumption that former President Obama and his Foundation would be building and transferring to NARA a traditional, physical Presidential Library in the Chicago area. When former President Obama decided that he would not build a physical, NARA-operated Presidential Library, NARA transported the classified records back to secure locations in the Washington, DC, metropolitan area. The Obama Foundation provided NARA with funds to help convert the Hoffman Estates facility and to cover some of the expenses of moving the classified records, but the foundation has never had possession or control over the records.

The statement directly refutes the claim that the Obama Foundation has access to the materials in Hoffman Estates, while adding that classified records were moved to a separate secure location.

The Obama Foundation states the same on its website:

All of the official presidential records of the Obama administration are owned and managed by NARA. This includes 1.5 billion pages of “born digital” records—emails, PDFs, digital photos, tweets—that have no paper equivalents—along with roughly 30 million pages of paper documents and 30,000 physical artifacts. Together, these “born-digital” and digitized records and artifacts will make up NARA’s Obama Presidential Library.

NARA will maintain ownership and management of these records and make them available under the same standards and practices under which they have always administered records, in accordance with the Presidential Records Act. [...]

While the Museum itself will be paid for and managed by the Foundation, a substantial number of the records and artifacts on display will be loaned to the Foundation by NARA, allowing visitors to engage with presidential items as they do at other NARA-run presidential museums.

We have reached out to the foundation and will update this page if we receive more information.

Cohen, Robbin. "Letter of Parties’ Intent Regarding the Digitization of Obama Presidential Records and Related Matters Concerning Preservation, Processing, and Display of and Access to Such Records and Artifacts." Obama Foundation, 11 Sept. 2018, https://www.obama.org/wp-content/uploads/BOF-NARA-LOI.pdf. Accessed 27 Sept. 2022.