A fake news article stated that President Obama issued an executive order calling for a memorial to be built honoring the black victims of police violence. 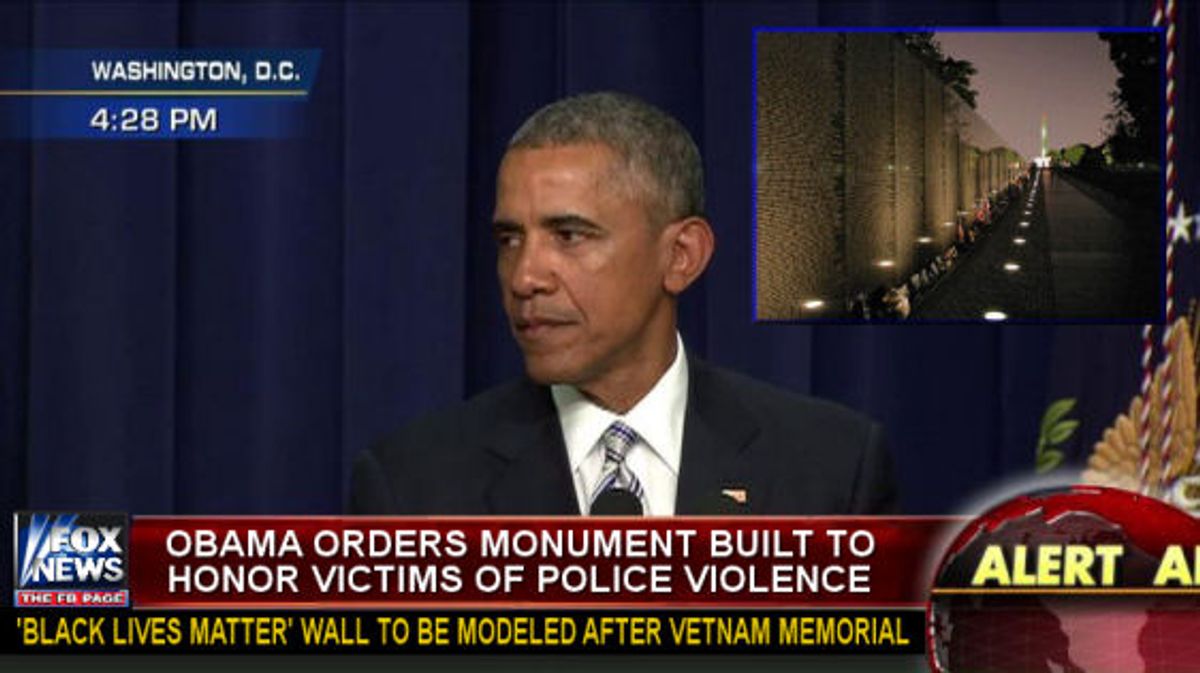 On 16 July 2016, an article circulated via social media asserting that President Obama had signed an executive order calling the erection of a memorial wall for black victims of police violence:

What do you think about President Obama's new executive order that calls for a new memorial to be built honoring the Black victims of Police murder in The United States?

The new 'Black Lives Matter Wall' will be in Washington D.C. and will be a virtual clone of the already existing Black Wall Memorial honoring veterans of the Vietnam War.

"On every front there are clear answers out there", Obama said in a Friday news conference," that can make this country stronger, but we're going to break through the fear and the frustration Black people are feeling.I believe this new memorial will honor the victims of racist Police murderers."

The report was untrue, however. President Obama signed no such order, nor has he advocated the creation of such a memorial in any public address.

The poorly written, grammatically challenged article appears to have originated on a satirical web site called Fox News the FB Page, which also contains reports to the effect that Bernie Sanders supporters committed mass suicide by drinking GMO-free Kool-Aid after he pledged support to rival Hillary Clinton, and President Obama signed an executive order "to take over America," etc. There is no connection between the site (the URL of which is www.tdtalliance.com) and the actual Fox News Channel or its web site.

Our best guess is that the article was written with comedic intent, though we were unable to detect the presence of any actual humor on the page.