President Obama: Americans Are Better Off Under Martial Law

President Obama did not give an interview to the Washington Post during which he opined that Americans would be better off under martial law. 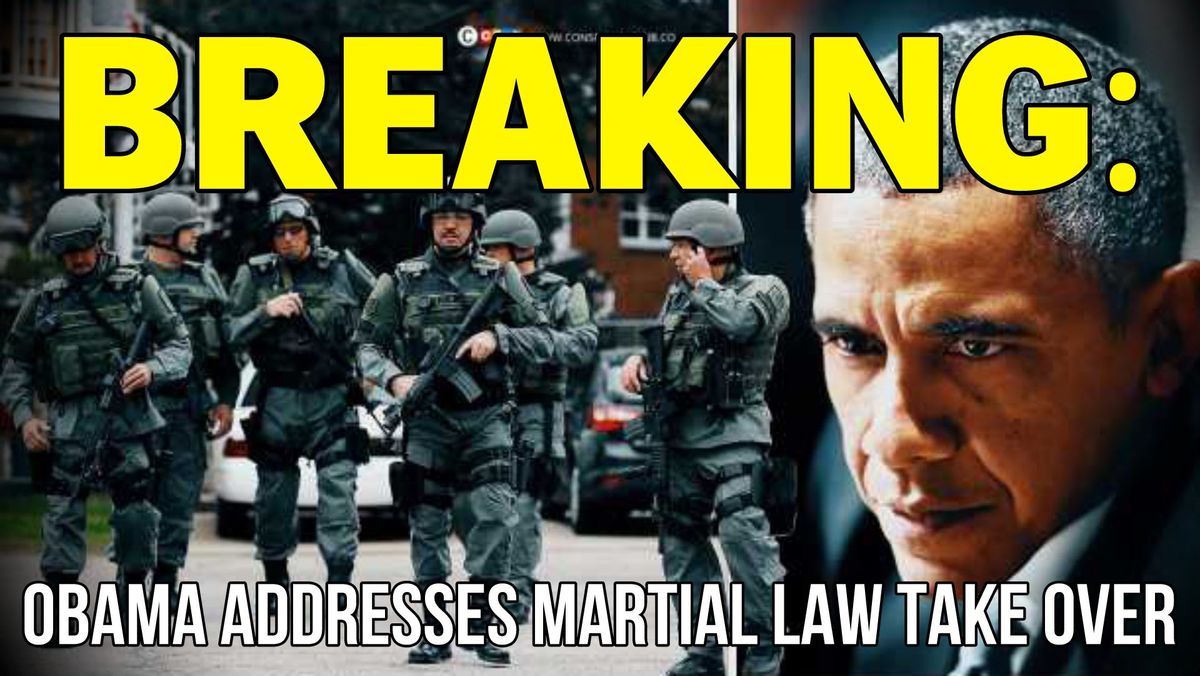 Claim:
During an interview with the Washington Post, President Obama stated that Americans would be better off under martial law.
Rating:

On 5 July 2016, the web site Behold a Pale Horse published an article reporting that President Obama had told the Washington Post that Americans would be "better off under martial law":

Despite these so-called assurances, patriotic Americans and government watch-dog groups expressed outrage at the president’s comments; American freedom and civil liberties are not to be trifled with. Michael Danforth, a spokesperson for the American Liberties Union, an organization dedicated to exposing governmental overreach, called Obama’s remarks callous but not uncharacteristic. “Obama has proven himself an enemy of the American people,” Danforth said in a prepared statement. “Now that his time is short, he can say anything without fear. He’s hoping Hillary will reach the White House to continue his disastrous legacy. Hopefully, after eight years, Americans have smartened up."

Predictably, no link was provided to the purported Washington Post article, nor was the reporter with whom the President was "joking around" named:

A Washington insider, speaking under conditions of anonymity, reveals that Obama made additional inflammatory comments not reported by the Washington Post. The comments were so volatile that no mainstream media outlet dared print them. “The American people have had 200 years to prove they can care for themselves,” Obama was quoted as saying. “Americans have had their chance to aspire to be better, to rise to the occasion, but time and again they fail. They cannot manage time, money, or even, it seems their offspring. Would tighter restrictions really be such an imposition?”

According to Behold a Pale Horse, President Obama made additional comments that were unsuitable for print by any news outlet, but the "martial law" aspect of his purported remarks was sufficient to turn heads all by itself. However, the direct quote attributed to President Obama appeared only on Behold a Pale Horse and forum posts linking to that site, and no references the supposedly shocking statement issued by President Obama existed online prior to late June 2016.

We searched the archives of the Washington Post to see if President Obama had made any comments about martial law in June or July of 2016 (or ever) that were published in that newspaper, but we were unable to find any content that even marginally matched the circulating report.

According to a single-source claim, President Obama's martial law remarks "appear[ed] in the Washington Post." However, no link to any such extraordinarily newsworthy statement was included in the claim, and a comprehensive search of the newspaper's archive reveals no relevant content suggesting the President said any such thing.