President Obama didn't demand an admiral stop giving out Bibles; such claims are based on a 2013 controversy unrelated to the Commander-in-Chief. 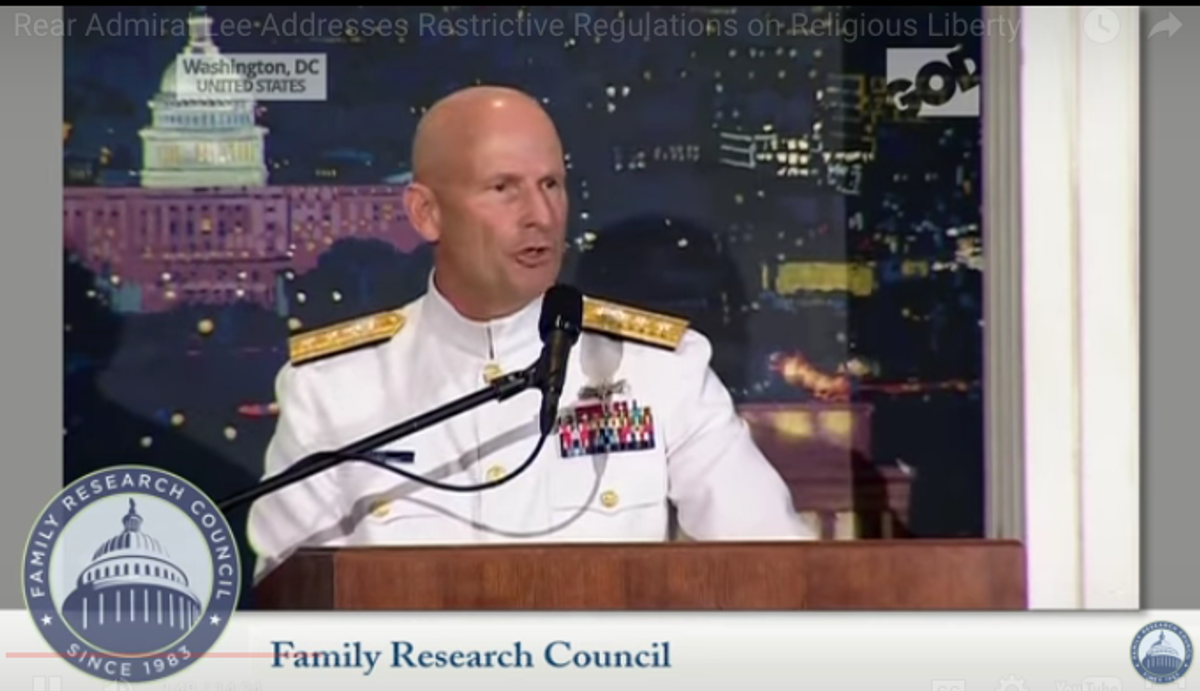 On 3 February 2016, the political aggregation site American News published an article titled "Obama Demanded This Admiral Not Give Out Bibles, But His Response Is Going VIRAL," which claimed:

Obama has been doing everything in his power to keep the Bible out of the Military. His latest move was demanding that this Admiral not hand out Bibles, but this Admiral had other plans.

He talks about the tight "box" Obama has put Americans in, in an attempt to restrict their expression of religious faith.

The article referenced a Family Research Council video clip in which Coast Guard Rear Admiral William D. Lee was described as defiantly proclaiming that he would "Share the Bible, no matter what":

This issue wasn't news, however, nor did it have anything to do with President Obama. It was a resurrection of a three-year-old story about a controversy over "aggressive proselytizing" in the military: actively campaigning to change the faith of another person or pushing religion upon a person who is not receptive to it (which is not permitted in the military) versus preaching to the faithful (which is).  In other words, simply discussing faith or offering up religious texts (such as the Bible) for someone's edification is permitted, but "Leaders at all levels must avoid the actual or apparent use of their position to promote their personal religious beliefs to their subordinates or to [promote] preferential treatment for any religion.”

This edict against proselytizing was not put into place by President Obama or his administration. Central Command had issued a ban on proselytizing back in 2000 and again in 2006, well before Barack Obama reached the White House.

The Department of Defense provides the same level of legal protections to military members that civilians have, consistent with federal law.   The Equal Employment Opportunity Commission's directive in this case is dated 22 July 2008 and deals with freedom of expression as well as freedom from harassment.

The United States Department of Defense had addressed false rumors of "Bible bans" in the military back in 2013:

"The U.S. Department of Defense has never and will never single out a particular religious group for persecution or prosecution," Pentagon spokesman Lt. Cmdr. Nate Christensen said in a statement. "The Department makes reasonable accommodations for all religions and celebrates the religious diversity of our service members."

"Service members can share their faith (evangelize), but must not force unwanted, intrusive attempts to convert others of any faith or no faith to one's beliefs (proselytization)," Christensen added.

In short, distribution of Bibles (and other religious texts) had not been banned in the U.S. military.

The American News claim was one of many published by the site that involved outdated, inaccurate, or otherwise misleading information. Prior items from that web site included claims that Duck Dynasty's Sadie Robertson was gravely injured (in what turned out to by a minor car accident), that President Obama forged his birth certificate, and a separate (old) birther claim sourced from a fake news site.