New Zealand was rocked by grief following a massacre at two mosques perpetrated by a suspected white supremacist. 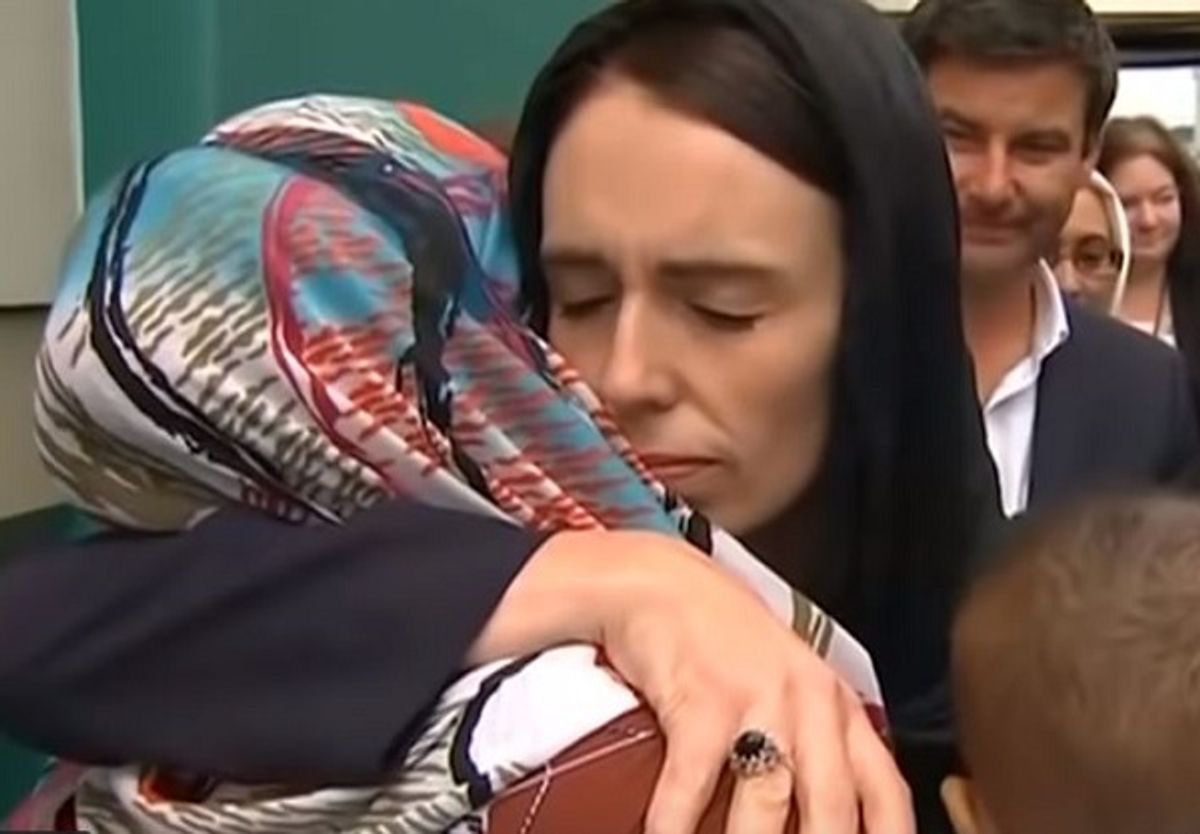 Image Via Screenshot / The Guardian

In mid-March 2019, the social media network The Other 98% shared a meme featuring an image of New Zealand Prime Minister Jacinda Ardern and text lauding her actions in the face of a deadly massacre targeting the Muslim community in the city of Christchurch: Readers who were justifiably suspicious of content in a meme generated by a partisan source asked us whether its statements were true, and they were. Ardern garnered praise for guiding her country through grief in the wake of a mass shooting that claimed the lives of 50 people at two mosques on 15 March 2019 while Brenton Tarrant, a 28-year-old Australian suspected of being a white supremacist, was charged in the slayings.

Ardern did wear a hijab, or veil, while honoring victims of the massacre. Professional news photographers captured images of Ardern wearing a gold-trimmed, black head covering during her 16 March 2019 visit to the Canterbury Refugee Centre:

It is also true that Ardern confirmed victims and their families would receive financial assistance from the New Zealand government, although it might be a reach to claim she personally offered such assistance.

But in a speech given on 17 March 2019, Ardern assured victims that New Zealand's Accident Compensation Corporation (ACC), an agency that provides financial assistance to anyone in New Zealand who is injured in an accident, would be on hand to help them:

ACC is putting more staff on the ground in Christchurch, working alongside the Ministry of Social Development at the community hub at Hagley.

For ACC -- as I’ve said before immigration status is not a factor -- it is based on the event happening here in New Zealand.

In an event such as this -- murder or manslaughter -- the family is eligible for a funeral grant of around $10,000.

There are also one-off payments for the deceased’s partner, children and dependents, ongoing assistance provisions for things like childcare and of course compensation for the loss of income.

MSD [Ministry of Social Development] is providing standard forms of financial assistance also, such as helping with immediate needs and things like one-off grants for food payments. It will also be working with individuals and families to consider ongoing needs, such as benefit support.

The country is currently making preparations for funerals for the 50 deceased victims.