A Dunkin' Donuts worker supposedly refused service to two plainclothes NYPD officers, but the store said the officers weren't even in the line for service. 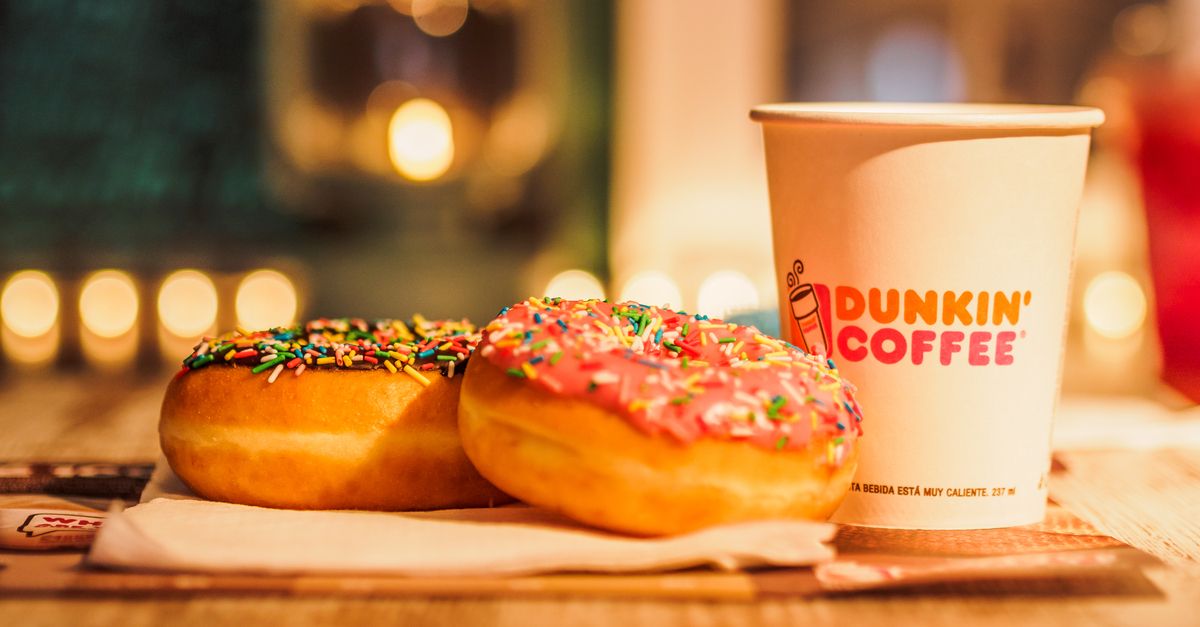 On 3 August 2017, the BlueLivesMatter.blue blog published a post largely lifted from a New York Post article, both reporting that two New York City Police Department officers had been refused service at a Dunkin' Donuts in Brooklyn:

A pair of NYPD officers were denied service at a Brooklyn Dunkin’ Donuts by a clerk who said, “I don’t serve cops” — and the head of the detectives union is leading a boycott of the chain, The Post has learned.

Detectives’ Endowment Association President Michael Palladino said Thursday that the blatant discrimination was “disgraceful and it should not go unattended ... I assume it is an isolated incident. Nevertheless, Dunkin’ Donuts corporate should issue an apology to the NYPD and until that happens, I have asked detectives and their families to refrain from patronizing the stores,” he said.

“Political leaders in this city have encouraged this type of behavior by constantly demonizing cops and pushing their decriminalization agenda,” he said.

Details offered near the end of the original article which were missed by many casual readers — and omitted from the BlueLivesMatter.blue post entirely — included a quote from the manager at the store, who said that the plainclothes officers were standing in the pickup area of the store and did not place an order:

These two men in shirts and ties — who I later found out were police — must have never come to this Dunkin’ Donuts before, because instead of waiting in the line where you order, they waited at the counter where you pick up your order ... You can see on the security tape: they stand here for five minutes, while other customers were being served. One customer even ordered ice cream, and they must’ve not like that because they left the store[.]

The manager, who wouldn’t give his name, wouldn’t let The Post view the video.

... I kept trying to explain [to angry callers that] we serve everyone, we have nothing but respect for the police, and that they were standing at the wrong counter. It was busy at the time, and we were busy serving customers.

In a second New York Post piece hours later, the paper repeated the report, then added that a representative for the chain had apologized to one of the involved officers. No one appears to have confirmed which version of events was accurate one, although the Post implies that the claim was verified by questioning whether the worker involved had been "disciplined":

The owner of a Brooklyn Dunkin’ Donuts where two NYPD cops were refused service has personally apologized to one of the officers and plans a meeting to try and put the matter to rest, the shop’s corporate parent said Thursday.

In a prepared statement, Dunkin’ Brands spokeswoman Michelle King said the company was “aware of the recent situation” — in which a worker declared, “I don’t serve cops” — revealed exclusively by The Post.

“The franchisee who owns and operates this restaurant informed us that immediately upon learning of this situation earlier this week, he contacted one of the police officers involved to personally apologize for any negative experience he may have had in his store,” she said.

“The franchisee of the Brooklyn restaurant is meeting with the police officer he spoke to earlier this week in person to hopefully bring this to a satisfactory conclusion for all involved.”

The provided statement gave no indication that Dunkin' Donuts had apologized for anything other than the officers' interpretation of events, and the absence of mention of employee discipline seemed to suggest that the company did not observe any such behavior on the tape. Both versions closely follow the ever-popular "shunned serviceman" and "shunned policeman" template of urban legends and rumors, which date back decades but have spiked in popularity with the advent of social media. Nearly all viral "shunned policeman" tales turns out to be misinterpretations or exaggerations that nevertheless can cause lasting harm to businesses targeted by the sticky slurs.

We contacted the media relations department of Dunkin' Donuts to request further information and on 9 August 2017 a representative for the chain responded:

Dunkin' Donuts sincerely apologizes to the two police officers who were left unattended in the store. We have a long history of supporting the NYPD and we look forward to continuing that support in the future.