Does Nutella Contain a Known Carcinogen? 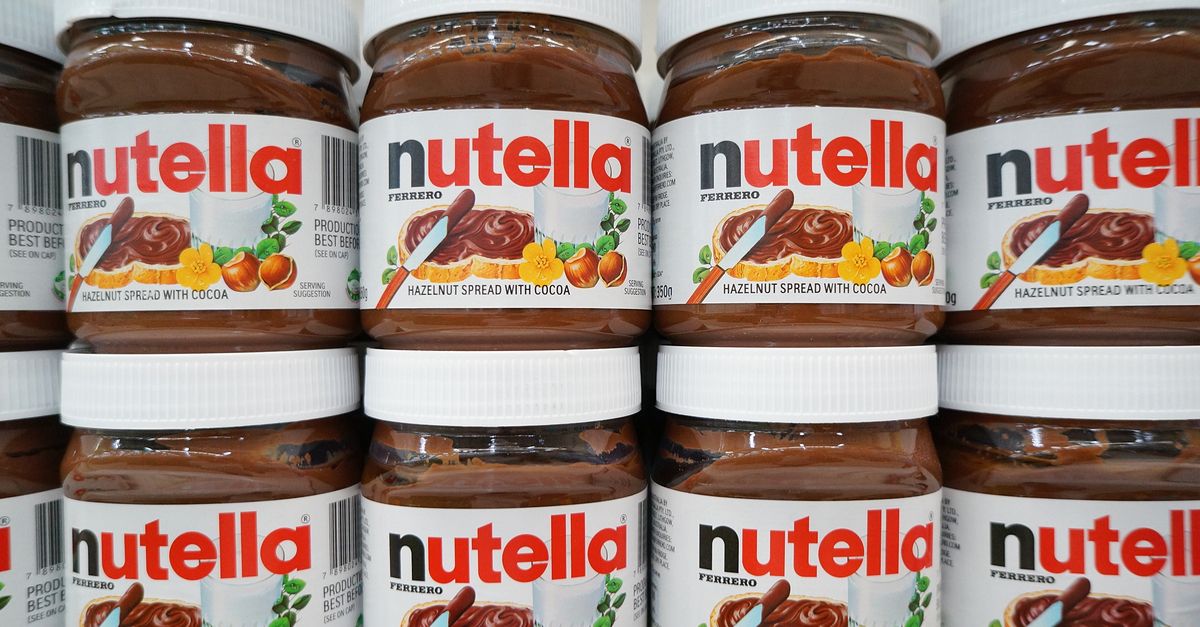 Claim:
A study has determined that Nutella brand spread includes a known carcinogen among its ingredients.
Rating:

In January 2017, numerous news outlets reported on a scientific opinion from May 2016 written by the European Food Safety Authority (EFSA). Scientific opinions are peer-reviewed studies that provide guidance to regulatory agencies but do not dictate or create any regulations on their own.

The report (bearing the catchy title “Risks for human health related to the presence of 3- and 2-monochloropropanediol [MCPD], and their fatty acid esters, and glycidyl fatty acid esters in food”) was commissioned to investigate the toxicity of three specific classes of contaminants in food that are created by high-temperature processing of various vegetable oils. Among the report's findings was their conclusion that one of these chemical groups (found in its highest concentrations in palm oil relative to other vegetable oils), glycidyl fatty acid esters (GE), could be considered carcinogenic at some levels of exposure. A 3 May 2016 EFSA press release about the report stated that:

EFSA’s expert Panel on Contaminants in the Food Chain (CONTAM) considered information on the toxicity of glycidol (the parent compound of GE) for its risk assessment of GE, assuming a complete conversion of the esters into glycidol following ingestion.

Dr Helle Knutsen, Chair of the CONTAM Panel, said: “There is sufficient evidence that glycidol is genotoxic and carcinogenic, therefore the CONTAM Panel did not set a safe level for GE."

This finding, which led at least one major European grocery chain to pull a variety of palm oil products off their shelves when the report was released, was thrust back into the spotlight in early January 2017 when Ferrero (the company that produces the popular Nutella brand spread) announced that they would not be replacing palm oil, a key component of their product, with something else:

The $44 billion palm oil industry, under pressure in Europe after authorities listed the edible oil as a cancer risk, has found a vocal ally in the food sector: the maker of Nutella.

Italian confectionery firm Ferrero has taken a public stand in defense of an ingredient that some other food companies in the country are boycotting. It has launched an advertising campaign to assure the public about the safety of Nutella, its flagship product which makes up about a fifth of its sales.

The palm oil industry, cancer fears aside, has been facing an onslaught of negative attention for the environmental effects caused by its harvesting, which often results in large-scale deforestation of rainforest environments.

There are a number of reasons, however, why the narrative “Nutella causes cancer”, based only on this EFSA report, is flawed. The first is that glycidol (which forms GE when metabolized in your body) only forms in palm oil when it is processed at temperatures above 200ºC, which Ferraro has stated they do not do, for this very reason:

We manage all technological-productive factors with the aim to reduce the duration and the temperatures of the processes, thus minimizing the risks of possibly developing or increasing 2MCPD, 3MCPD or GE. Furthermore, our Quality Assurance and Process Control Systems allow us to constantly monitor such factors and guarantee the food safety of our products to the consumer.

Indeed, the EFSA noted in their press release that a number of palm oil producers have been taking action to reduce the temperature of palm oil processing, again for this very reason:

The Panel’s review revealed that levels of GE in palm oils and fats halved between 2010 and 2015, due to voluntary measures taken by producers. This has contributed to an important fall in consumer exposure to these substances.

The second issue is that the EFSA report aimed to assess the risk of GE relative to the average daily consumption of palm oil products in general, not consumption of any specific product. Their findings suggested that infants (in general) and adults (who consume disproportionately high quantities of processed vegetable oil products) may be exposed to a level of these products that is within a conservatively wide range for possible carcinogen risk. For infants, this was attributed to consumption of infant formula specifically:

The MoE [margin of exposure] estimates corresponding to the P95 of exposure for ‘Infants’ were particularly low [low, in this case, means higher risk] due to the contribution of glycidyl esters from infant formulae.

The study’s findings are ultimately just as much a reflection of the current consumption of vegetable oil products in Europe as they are of those products' inherent carcinogenicity, and they are potentially irrelevant to Nutella if Ferraro produces their palm oil in the manner in which they claim.

A more accurate headline summarizing the EFSA report would have been something like: "The thermally altered byproduct of a chemical component of palm oil that is sometimes produced when it is processed in a way that Nutella claims they avoid may potentially be a carcinogen to infants and some adults who consume it in other products." But, of course, such a headline doesn't sell many newspapers or generate online click-throughs.

EFSA Journal.  “Risks for Human Health Related to the Presence of 3- and 2-Monochloropropanediol (MCPD), and Their Fatty Acid Esters, and Glycidyl Fatty Acid Esters in Food."     3 May 2016.