Did a Seagull Rip Offa Man’s Testicle as He Sunbathed Naked? 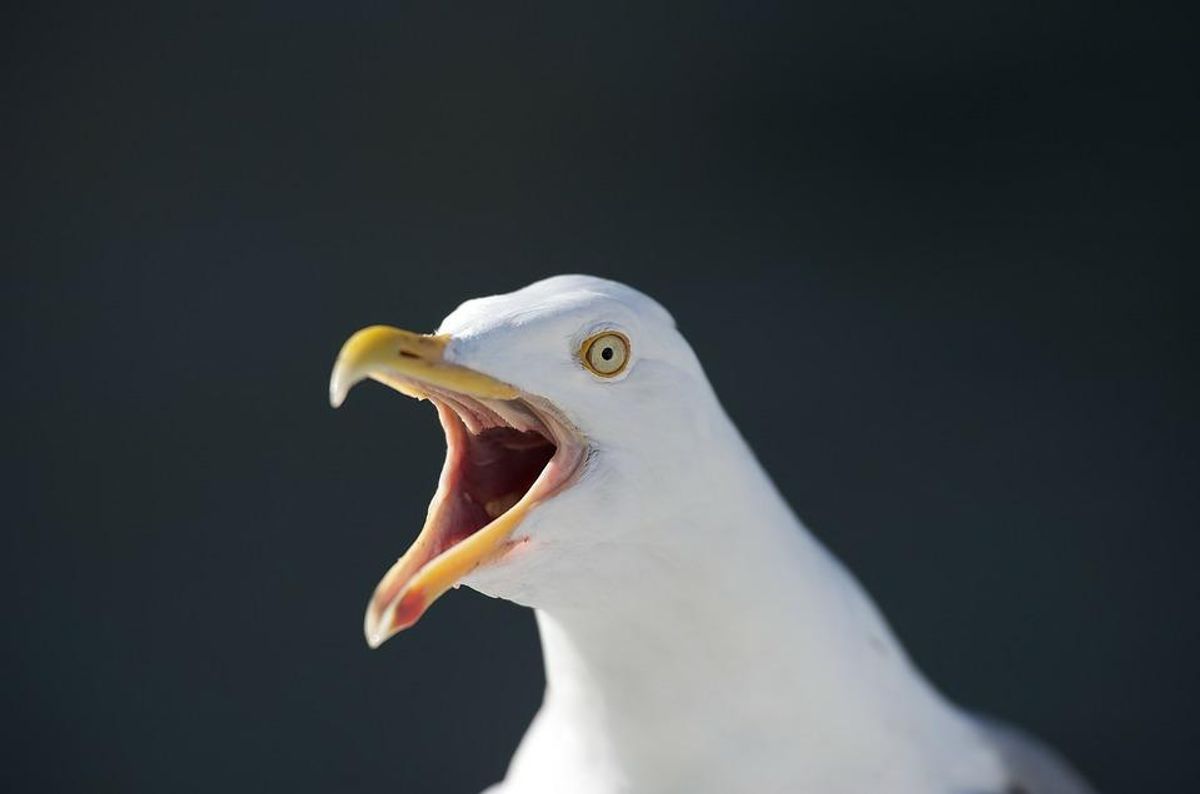 Claim:
A nude sunbather was injured when a predatory bird ripped away one of his testicles.
Rating:

In June 2017, articles published on various web sites reported that a nude tourist's beach vacation was ruined when he was painfully attacked by a predatory bird who thought it was making off with a pair of turtle's eggs:

A male tourist who chose to sunbathe in the nude on a popular beach near Townsville on the north-eastern coast of Queensland is recovering from serious injuries to his genitals after being bitten by a sea eagle.

According to a source at the clinic that treated him, he has completely lost one testicle which imploded under the pressure of the eagle's beak. The other testicle was almost severed but remains 'hanging by a thread.' Witnesses at Saunders Beach, a popular nudist beach west of Townsville, say that the man's undoing may have been applying sunscreen too liberally to his genitals.

The web site that originated this article, the Foreign Journal, states that it is a "widely considered as a leader in world journalism," but its sunbather vs. sea eagle story was missing key details such as the name of the victim, the hospital where he was treated, and the country in which the alleged sea eagle attack took place (although it did reference a state and city name).

The Foreign Journal was the sole source for this story: we checked various Queensland news outlets and found no mention of this alleged incident.

White-bellied sea eagles, which are native to Australian coastal regions (as well as to Indonesia, India, China, and other parts of southeast Asia) are not technically eagles at all, but smaller raptors known as kites. Their feeding habits can be best described as "opportunistic," which means that even the most courageous bird would think twice about launching itself into even a particularly juicy-looking pair of turtle eggs if the prize were surrounded by humans, preferring instead to pirate prey away from other sea birds.

Foreign Journal has a history of publishing fake news, such as a rather Freudian hoax story about a man getting a fidget spinner lodged in his own anus.

In August 2017, the Suffolk Gazette web site (which also traffics in fake news, including hoax fidget spinner stories), replicated the earlier Foreign Journal account about a sunbather's losing a testicle to a sea bird, with only minor changes in detail:

A rogue seagull ripped off a man’s right testicle as he sunbathed naked in his back garden, it has emerged.

Experts say the fearsome bird mistook the man’s exposed privates as a couple of birds eggs and dropped in for a tasty snack.

As the man – who has not been named – dozed on his patio in his detached home near Ipswich, the seagull swooped from the sky, and with one bite of its beak ripped away the right testicle.

He woke screaming in agony, and saw the bird flying away with one of his ‘crown jewels’ wedged in its yellow beak.