Hillary Clinton: 'I Will Get the NRA Shut Down for Good'

Hillary Clinton's supposed statement to the Des Moines Register about her planning to shut down the NRA and ban handguns is a total fabrication. 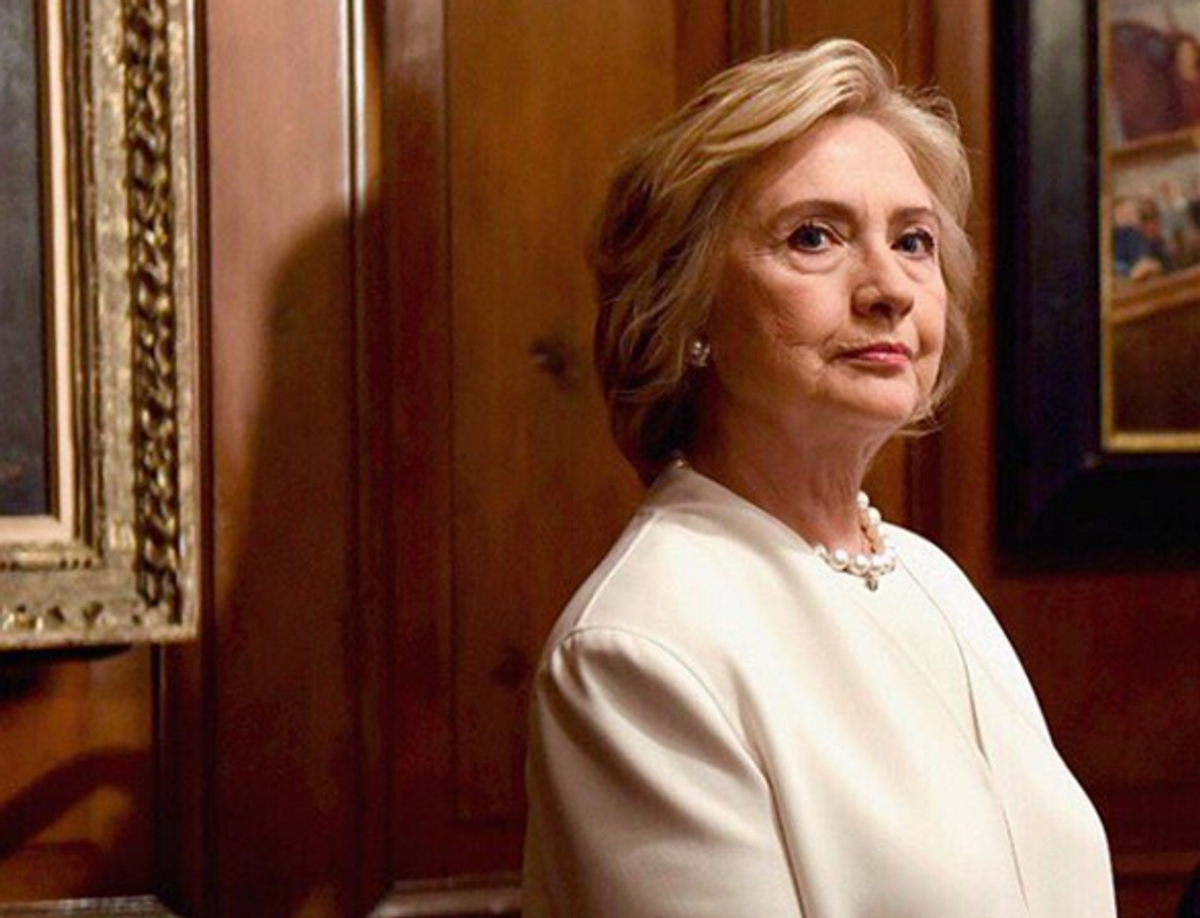 Claim:
Hillary Clinton vowed that she would shut down the NRA and ban handguns if she were elected President.
Rating:

On 25 October 2015, a Tumblr page dedicated to dubious Hillary Clinton quotes posted an image of the Democratic presidential candidate along with a quote supposedly uttered by her during an interview with the Des Moines Register on 8 August 2015 about her vowing to shut down the NRA and ban handguns if she were elected President: The "Shocking Hillary Clinton Quotes ..." Tumblr page claims that all of their quotes are 100% sourced and even provides links to make it appear as if the quotes have been verified:

Get to know the psychopath known as Hillary Clinton a little better.

These are 100% sourced and verified quotes. We recommend you SHARE and SPREAD these far and wide, to friends and family.

On 14 July 2015, the Register quoted Clinton on the subject of guns as follows:

“I’m going to speak out against the uncontrollable use of guns in our country because I believe we can do better than that,” she said. “A majority of Americans and a majority of gun owners agree with universal background checks to keep guns out of the hands of domestic abusers and people who are mentally unstable and even terrorists.”

On 26 August 2015, the Register quoted Clinton on the subject of guns as follows:

In answering questions about the murder of a TV reporter and cameraman in Virginia, Clinton said she was deeply saddened, but added that their deaths need to spark action to restrict access to handguns.

"We've got to do something," she said. "It's a very difficult political issue. But we are smart enough, compassionate enough to balance legitimate Second Amendment rights concerns with preventive measures and control measures, so whatever motivated this murderer ... we will not see more needless, senseless deaths."

And on 6 October 2015, the Register quoted Clinton on the subject of guns as follows:

Most Americans, including most gun owners, would support reasonable limits on guns to help stop massacres like the one in Oregon, Hillary Clinton told Iowans.

“I’m tired of people in public life saying, ‘Our thoughts and prayers are with families whose children are murdered at community colleges or elementary schools or people killed at Bible studies or going to the movies,’” the Democratic presidential candidate said. “We can’t tolerate that. This doesn’t just happen ... We let it happen.”

Her audience at Davenport’s RiverCenter applauded as Clinton vowed to make it harder for people who shouldn’t have guns to obtain them. Among other things, she favors broader background checks, including sales at gun shows, and stronger measures to prevent gun purchases by domestic abusers or people with serious mental health problems.

“We keep getting stymied because of the lobby for a very small minority of gun owners and the gun manufacturers, which stand in the way,” she said.

Clinton has spoken throughout the campaign about her intention to implement tighter gun rules, despite pressure from the National Rifle Association. This week, she released specifics of her proposals.

“I feel like this is unfinished business in our country, and I am very determined that we are going to try to bring some sanity back, so that people’s Second Amendment rights are protected — but they are not absolute, the way the NRA wants them to be. There are common-sense ways to make sure people are not using guns to commit mass murders.”

In short, Hillary Clinton spoke of wanting to implement broader, universal background checks for gun purchasers to keep firearms away from domestic abusers and people with serious mental health problems, but not of shutting down the NRA or banning handguns entirely. "I will get the NRA shut down if I become president. If we can ban handguns we will do it." is a completely fabricated quote that was not spoken by Hillary Clinton (or anyone else) and did not appear in the Des Moines Register (or any other source) on 8 August 2015 (or any other date).