Did NRA Celebrate the Overturning of Weapons Ban in Boulder Days Before Mass Shooting?

Less than two weeks before a gunman killed 10 people at a Boulder supermarket, a local judge weighed in on the city's gun-regulation measures. 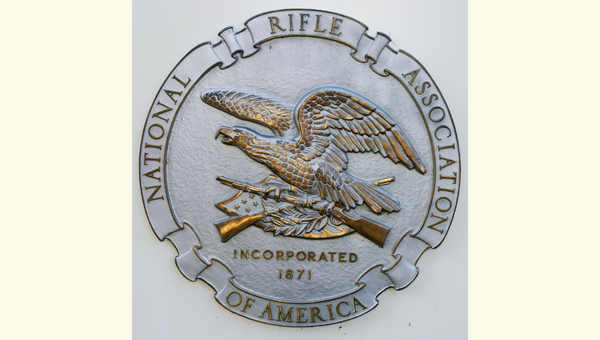 Claim:
In mid-March 2021 — before 10 people were fatally shot at a grocery store in Boulder, Colorado — the NRA celebrated a court decision to overturn a ban on "assault weapons" in that city.
Rating:

As law enforcement agencies and journalists investigated the tragedy -- examinations that remained ongoing as of this report -- social media posts claimed the National Rifle Association (NRA) just days earlier celebrated a court decision to overturn a Boulder-specific ban on the type of firearm that was allegedly used in the killings.

"Just days ago, the NRA celebrated that a Colorado judge struck down a life-saving ban on AR-15-style assault weapons in the city of Boulder," alleged a Facebook post by Brady, a nonprofit that advocates against gun violence. The underlying claim was true, and the Facebook post captured an authentic March 16 tweet by the NRA. In multiple public statements (the details of which we explain below) in mid-March 2021, the gun-rights lobbying group praised a judge's decision to block a ban on such weapons passed by the city of Boulder years earlier in 2018, following the mass shooting at a Parkland, Florida, high school that killed 17 people.

First, let us explain what investigators knew about the weapons used in the deadly attack at the King Soopers supermarket in Boulder, which is about 25 miles northwest of Denver, as of this writing.

According to the arrest affidavit provided to Snopes by the Boulder County District Attorney's office, the suspected gunman, Ahmad Al Aliwi Alissa, purchased a Ruger AR-556 Pistol on March 16, and then allegedly used it six days later to kill people at the supermarket. Alissa also had with him a semiautomatic handgun during the attack, the court documents alleged.

Now, before we proceed, a lesson in semantics: all semiautomatic rifles that are usually described as "AR-15-style assault weapons" (see the above-mentioned Facebook post by Brady) generally shoot one round for each pull of the trigger. However, technically speaking, just one gun manufacturer, Colt Manufacturing Company, owns the "AR-15" trademark. For the purpose of this report, we used the umbrella term that the city of Boulder uses, "assault weapons," to refer to all such firearms, regardless of their maker.

Next, we sought evidence to confirm whether a judge indeed overturned measures instituted by the city of Boulder to ban such firearms.

It was true that Boulder residents and gun-rights organizations sued to try to nullify two 2018 ordinances passed by the Boulder City Council and inspired by the Parkland shooting that prohibited residents from possessing, transferring, or selling assault weapons and large-capacity magazines, according to The Denver Post. Using a database by the Colorado Judicial Branch, we obtained the court filing, available here, which the NRA supported.

It was also accurate that on March 12 -- 10 days before the supermarket shooting -- Boulder County District Court Judge Andrew Hartman ruled in favor of the gun-rights group, saying the above-mentioned ordinances violated Colorado law that says only state and federal lawmakers (not local leaders) can legally pass statutes to regulate guns, according to The Denver Post.

The “need for statewide uniformity favors the state’s interest in regulating assault weapons,” Hartman wrote in his ruling, per The Washington Post. He said Boulder’s policies “could create a ripple effect across the state” by encouraging other municipalities to pass their own bans on the firearms.

As a result of the judge's decision, the news outlet said Boulder police were instructed to stop enforcing the local ordinances almost immediately. “It’s so tragic to see the legislation struck down, and days later, to have our city experience exactly what we were trying to prevent," Dawn Reinfeld, co-founder of the Colorado gun violence prevention group Blue Rising, told The Washington Post.

On the other hand, the NRA said in a March 15 statement posted to its website:

On Friday evening, a judge in the Centennial state gave law-abiding gun owners something to celebrate. He ruled that the city of Boulder’s ban on possessing and transferring commonly-possessed “assault weapons” and ten-round magazines was preempted by state law and struck them down.

The following day, the gun-rights lobbying group posted a tweet with a similar message.

In sum, considering those public messages and the timing of them, we rate this claim "true" -- the NRA indeed celebrated a court decision that overturned local ordinances to ban assault weapons in Boulder less than two weeks before authorities believe a gunman used that type of weapon to kill 10 people in that city on March 22.