The Massachusetts Institute of Technology linguist and public intellectual seemed to predict the ascendance of Donald Trump in a 2010 interview. 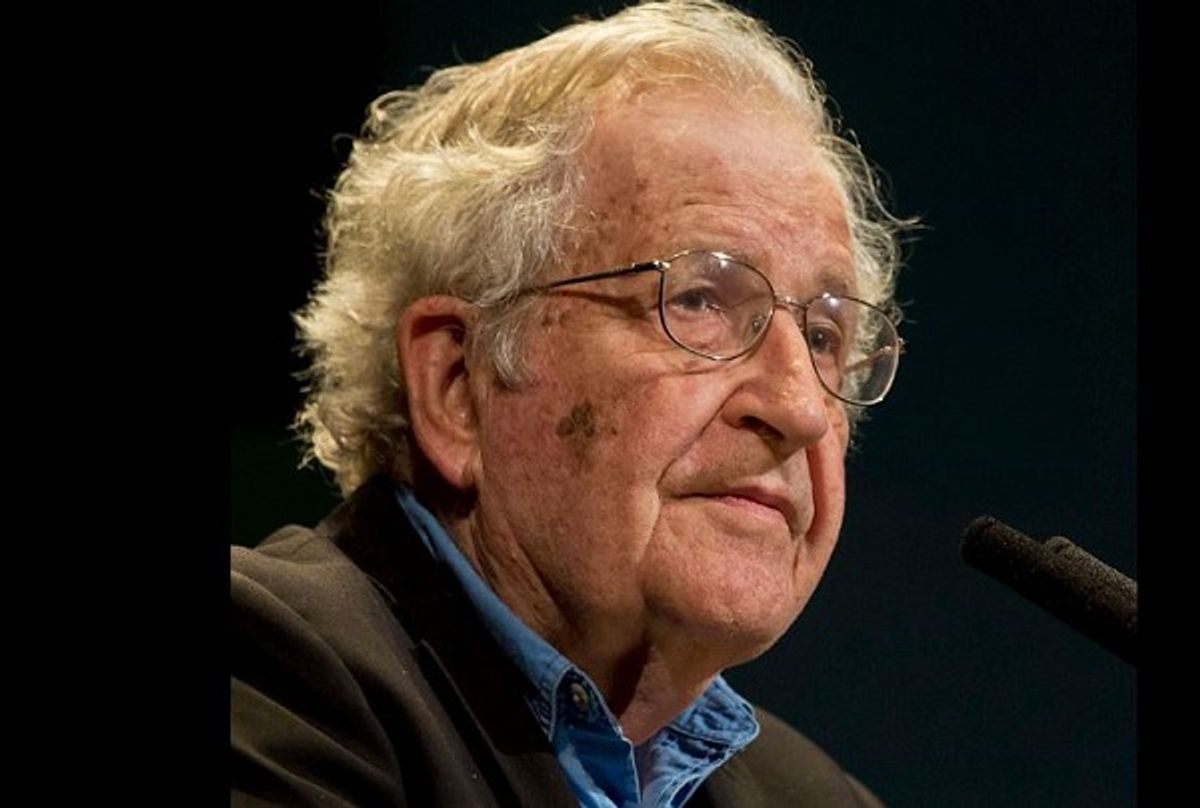 On 19 April 2010, the left-leaning web site Truthdig posted a two-page interview with one of the nation's foremost intellectuals on the left, Noam Chomsky, in which the MIT professor talks about the dark mood in the country and compares it to Germany before the rise of the Nazis.

After Donald Trump was elected president on 8 November 2016, people began sharing a what appeared to be a prescient segment of the interview in which Chomsky seems to describe Trump and the wave of populist support that brought him to power:

The United States is extremely lucky that no honest, charismatic figure has arisen. Every charismatic figure is such an obvious crook that he destroys himself, like McCarthy or Nixon or the evangelist preachers. If somebody comes along who is charismatic and honest this country is in real trouble because of the frustration, disillusionment, the justified anger and the absence of any coherent response. What are people supposed to think if someone says ‘I have got an answer, we have an enemy’? There it was the Jews. Here it will be the illegal immigrants and the blacks. We will be told that white males are a persecuted minority. We will be told we have to defend ourselves and the honor of the nation. Military force will be exalted. People will be beaten up. This could become an overwhelming force. And if it happens it will be more dangerous than Germany. The United States is the world power. Germany was powerful but had more powerful antagonists. I don’t think all this is very far away. If the polls are accurate it is not the Republicans but the right-wing Republicans, the crazed Republicans, who will sweep the next election.

While the statement was made long before Trump was publicly discussing an electoral run, Chomsky said that Americans were feeling hopeless and left behind. His description of a "charismatic figure" that seizes on the disillusionment of working class and impoverished American whites sounds similar to Trump's appeal and some of the rhetoric that studded his campaign.

Chomsky, who has written dozens of books on economics and foreign affairs, described his observations:

I listen to talk radio. I don’t want to hear Rush Limbaugh. I want to hear the people calling in. They are like [suicide pilot] Joe Stack. What is happening to me? I have done all the right things. I am a God-fearing Christian. I work hard for my family. I have a gun. I believe in the values of the country and my life is collapsing.

Chomsky, then 81, told Hedges the new, globalized economic system has left people in a state of enraged inertia — from which they have no escape. The circumstances, he said, were unprecedented, at least in his memory, and they have created a roiling pot of despair, ripe for a certain type of leader to tell them a certain message:

I have never seen anything like this in my lifetime. I am old enough to remember the 1930s. My whole family was unemployed. There were far more desperate conditions than today. But it was hopeful. People had hope. The [Congress of Industrial Organizations] was organizing. No one wants to say it anymore but the Communist Party was the spearhead for labor and civil rights organizing. Even things like giving my unemployed seamstress aunt a week in the country. It was a life. There is nothing like that now. The mood of the country is frightening. The level of anger, frustration and hatred of institutions is not organized in a constructive way. It is going off into self-destructive fantasies.

Critics of Trump have pointed to his comments about Mexican immigrants and Muslim people, accusing him of exploiting the discontent of white Americans who feel left behind by a globalized job force and international trade deals, and increasingly fearful of an ever more diverse country with a shrinking white population.