RUMOR ALERT: Suspect in US Capitol Car Attack Was Follower of Nation of Islam? 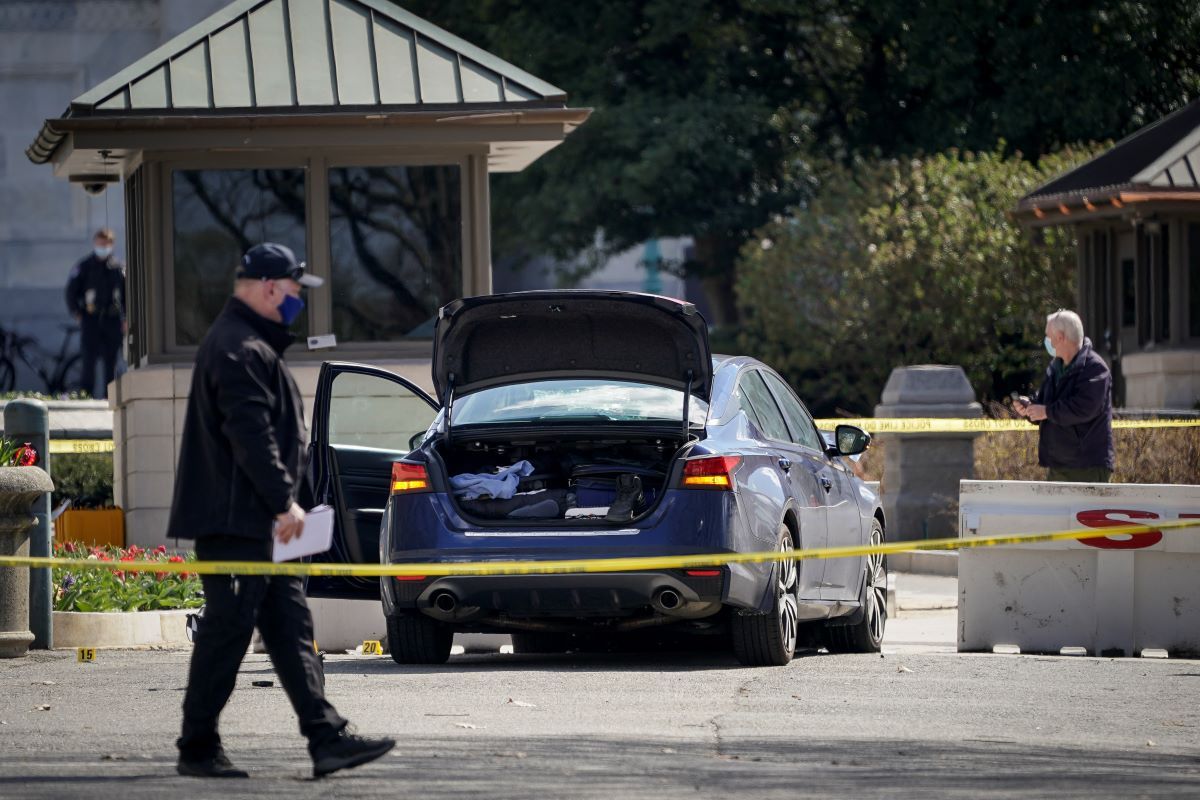 Claim:
Noah Green, the man suspected of ramming his car into two Capitol Police officers on April 2, 2021, was a follower of the Nation of Islam.

After a driver rammed a car into two U.S. Capitol Police officers, killing one and injuring the other, journalists reported that law enforcement had identified the deceased suspect as Noah Green, a 25-year-old Indiana resident.

NBC News reported that Green's social media accounts show he was a follower of the extremist group Nation of Islam.

The Southern Poverty Law Center, a non-profit organization that tracks extremism and hate groups, describes the Nation of Islam as having a "theology of innate black superiority over whites and the deeply racist, antisemitic and anti-LGBT rhetoric of its leaders have earned the NOI a prominent position in the ranks of organized hate."

The Capitol was on lockdown in the hours after the deadly incident, and Capitol Police identified the officer killed as William "Billy" Evans, an 18-year veteran of the force.

Right-leaning social media personalities echoed reports that Green was a Nation of Islam follower, although no motive for the attack has been made public, as of this writing, by Capitol Police or the D.C. Metropolitan Police Department.

News reports indicate that Green's Facebook page was taken down by the platform shortly after he was identified as the suspect in the attack, so we were unable to independently confirm its contents.

Police didn't indicate in a news conference shortly after the attack or in news releases anything about Green's political views or Nation of Islam opinions. We reached out to Capitol Police and the Metropolitan Police Department asking about Green's social media accounts and news reports describing them. We will update this story if we hear back.

But NBC News described some of his recent postings, including one in which he stated he was unemployed after having left his job due to "afflictions" and "in search of a spiritual journey." NBC further reported:

Green's page featured several recent postings that reference the teachings of the Nation of Islam, a Black separatist movement that does not follow the traditional teachings of Islam, and its leader Louis Farrakhan. Nation of Islam has been classified as a “designated hate group” by the Southern Poverty Law Center due to what the SPLC calls “the deeply racist, antisemitic and anti-LGBT rhetoric of its leaders.”

The postings do not indicate why Green, who is Black, would target the Capitol. He posted about the “end times” in one post, and in another on March 17, warned about the “last days of our world as we know it.”

Green’s final post on Facebook, from March 21, was a YouTube video called “the crucifixion of Michael Jackson,” a 150-minute sermon in which Farrakhan defends Michael Jackson.

The death of Evans and the injury of the other officer comes during what has already been a traumatic and deadly year for Capitol Police. One of their officers was among five fatalities that resulted from a violent attack on the Capitol by supporters of former U.S. President Donald Trump on Jan. 6, 2021.