No, the Washington Monument Doesn't Have 'Satanic' Dimensions

It measures fairly close to 6,666 x 666 inches, but the Bible doesn't say anything about rounding up. 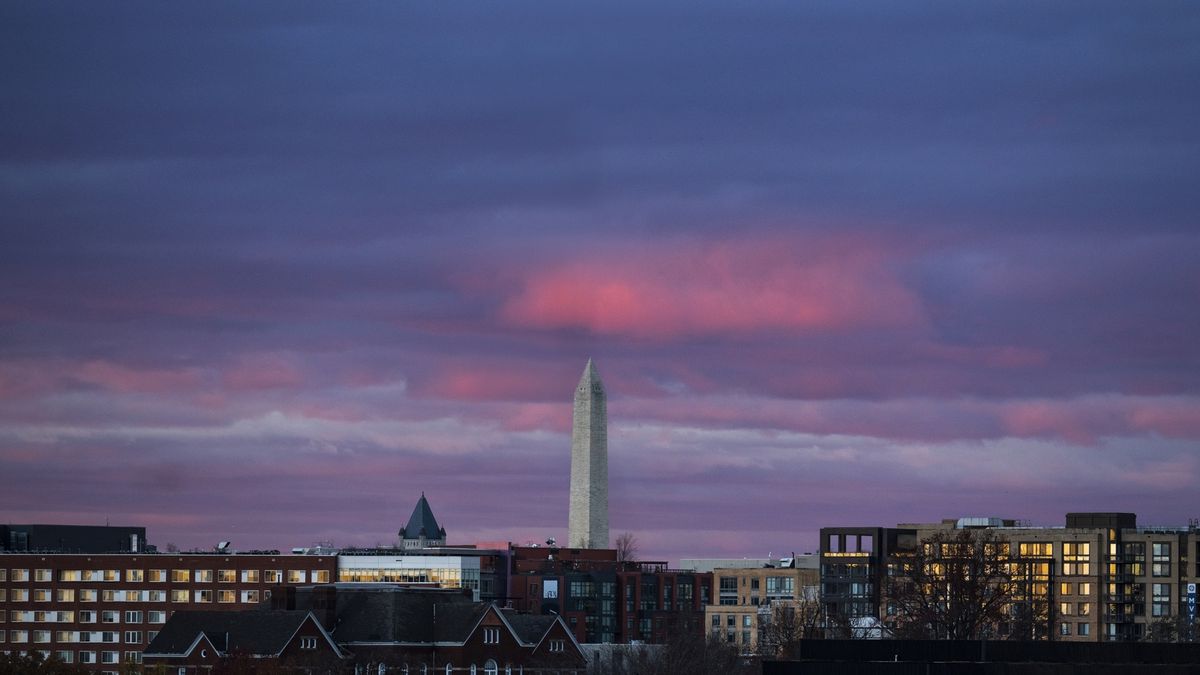 Claim:
The Washington Monument is 6,666 inches high and 666 inches square at its base.
Rating:

A rumor has been floating around the internet for many years claiming that the Washington Monument in Washington, D.C., has "satanic" dimensions.

"It's all evil. The Washington Monument (Babylonian obelisk) is 6666 inches high and 666 inches wide," an October 2020 tweet stated: 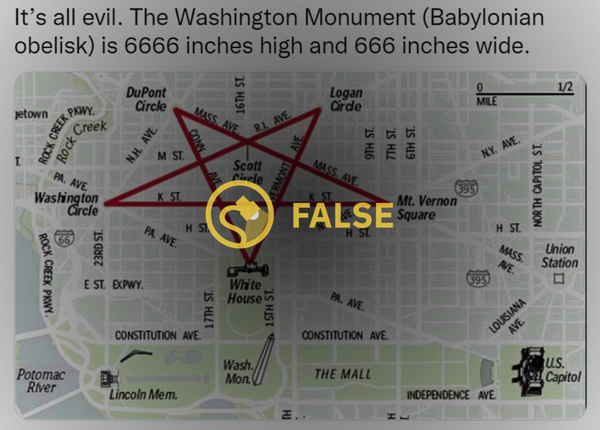 However, according to the National Park Service, which oversees the Washington Monument, those measurements are not quite accurate.

That's 6,665 1/8 inches in height, with a base measuring 660 inches wide. It's close to 6,666 x 666 inches, but as far as we know, the Bible makes no mention of rounding up when discussing the number "666" in the Book of Revelation. In that apocalyptic and final portion of the New Testament, the number "666" is described as being the "number of the beast." Although what that means, and who or what it refers to has been widely debated, it has never been thought to be a good thing.

It's not unusual for occult-oriented conspiracy theories to circulate around important sites and objects. Snopes analyzed yet another religious-themed claim about the Washington Monument back in 2003. In 2014, Snopes debunked a rumor that the number 666 could be found on the label of Monster energy drinks.