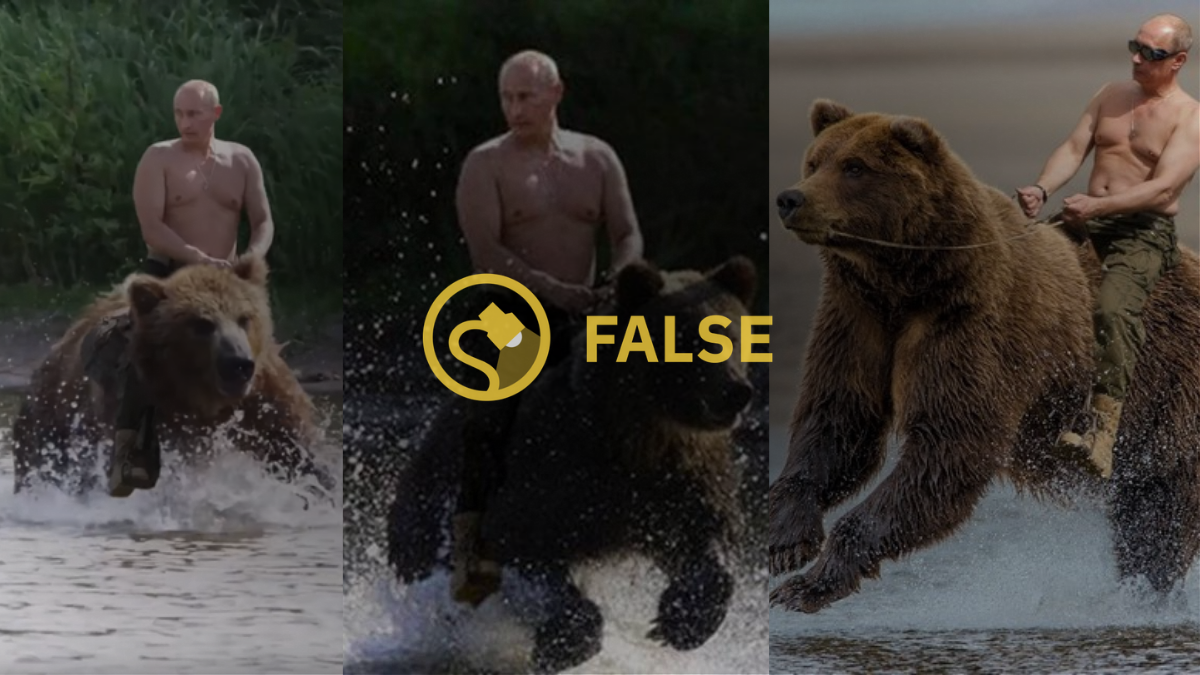 This is not a genuine photograph but a digital composite created by combining at least two different pictures.

The image of Putin, for example, was taken from a different picture that showed the Russian president riding a horse in 2009. Here's a comparison of the genuine photograph (left) and the doctored image (right): The horse-riding photograph on the left is one of several released over the years by the Kremlin, apparently in order to bolster Putin's masculine image. The New York Times reported on these photo-ops in 2021:

Cue, for example, his latest propaganda foray, released by the Kremlin ... In a series of photos of Mr. Putin on a weekend jaunt to the snowy Siberian taiga, the 68-year-old president is shown in his usual favorite outdoor setting, displaying his connection to nature, manly toughness and appreciation of country. In the vastness of the largely empty landscape, he looms large. At least that was probably the idea. This video is also fake. Here's the original footage of the bear before Putin was digitally inserted into it.