According to social media chatter, the "War on Christmas" extended all the way to the White House. 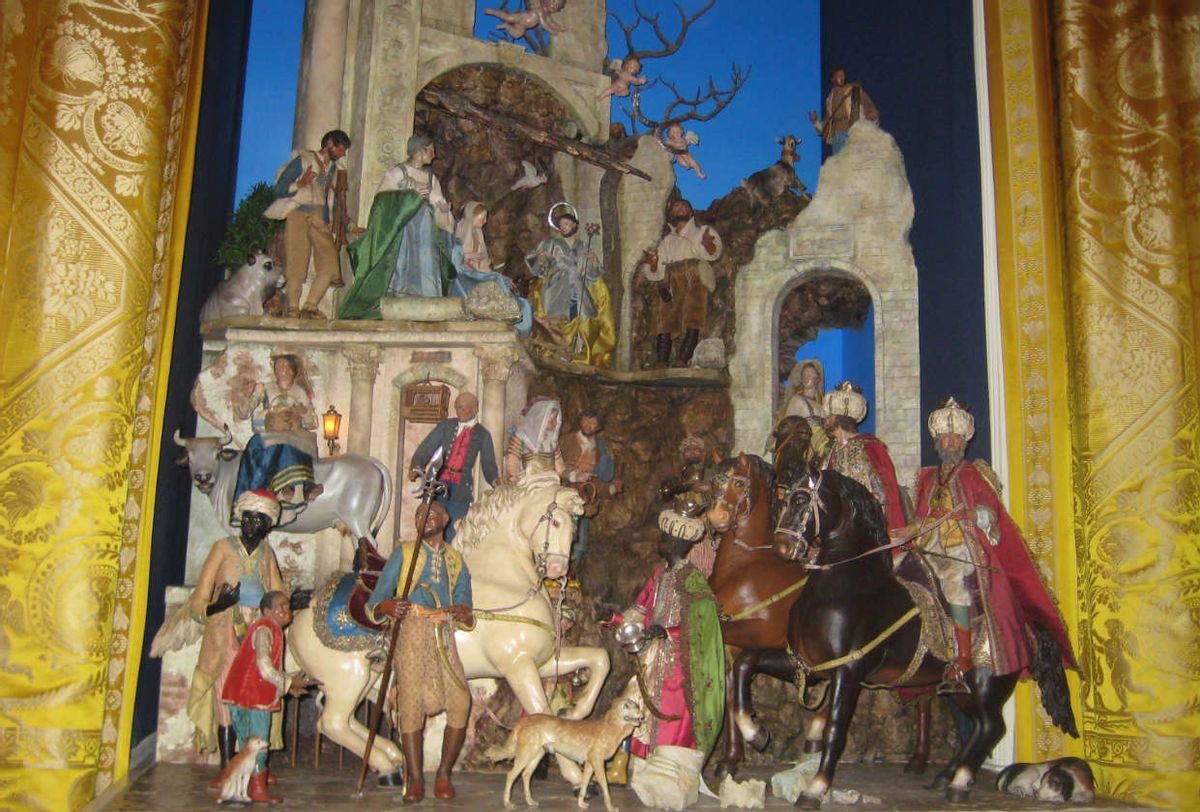 Claim:
The White House decided not to display a Christmas Nativity scene in 2016 (or any other year).
Rating:

For many, the Christmas season is a time of celebrate the birth of Jesus Christ. For many others, it is the perfect time of year to recirculate misinformation, fake news stories, and embellished outrage.

An old rumor that the White House had banned the Nativity scene was recirculated in December 2016, after it was mentioned in an article about the Obama's Christmas decorations:

When looking through the photos of the White House decorations, there is an abundance of trees, gingerbread houses, and snowmen. Nowhere is there any image of Jesus Christ or the Nativity scene.

Similar claims were made nearly every year while President Obama was in office. However, a Nativity scene was on display at the White House during every year of Obama's term. In fact, the White House Crèche has been displayed in the East Room during the holiday season every year since 1967:

The centerpiece of the room is the annual tradition of The White House Crèche. The nativity scene, made of terra cotta and intricately carved wood, was fashioned in Naples, Italy in the eighteenth century. Donated to the White House in the 1960s, this piece has sat in the East Room for the holidays for more than 45 years, spanning nine administrations.

The 2016 White House Nativity scene can be glimpsed in the following photograph from Getty Images: The East Room of the White House, featured traditional holiday décor, with red, gold and green ornaments, swooping garland, and golden Ferris wheels set atop the table and mantles. The centerpiece of the room is the annual tradition of The White House Crèche. (Photo by Cheriss May/NurPhoto via Getty Images)