Are There No Mosquitoes in Iceland?

The island is one of the few places on earth free of the insect. 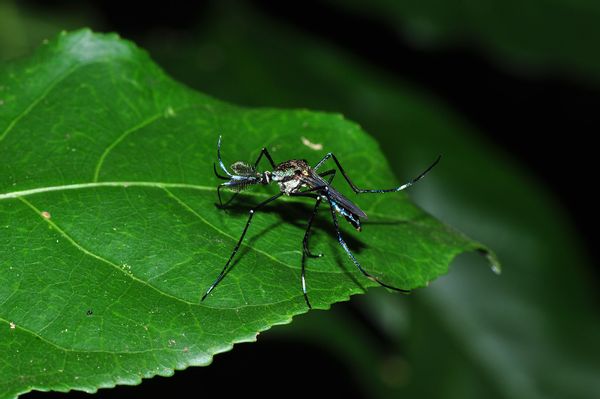 Claim:
The country of Iceland is mosquito-free.
Rating:

This could change as the effects of global warming become more apparent and create conditions that allow more insect species to flourish in the region.

An island free of mosquitoes sounds like the dream for those of us who hate their relentless buzzing, the itchy redness that results from being bitten, and bug spray. But it turns out that only a few places in the world possess the conditions that prevent mosquitoes from surviving and thriving there, and one of those is Iceland.

The most likely theory for why this is the case, according to scientists, is that Iceland’s oceanic climate keeps them at bay. According to a 2016 report in The New York Times, “When mosquitoes lay eggs in cold weather, the larvae emerge with a thaw, allowing them to breed and multiply. Iceland, however, typically has three major freezes and thaws a year, creating conditions that may be too unstable for the insect’s survival.”

The reasons for it were further detailed in a 2005 report on the Icelandic Web of Science arguing that while mosquitoes are common in neighboring countries like Greenland, Norway, and Britain, the Aedes nigripes, the likeliest species to survive in Iceland, could not due to a range of factors:

The post pointed out that one mosquito was found in the country on a plane from Greenland, so it is unlikely that the sole reason for a lack of mosquitoes is that they never made it there, nor the lack of breedable habitat. They also attributed it to the variability of Icelandic temperatures.

We reached out to the scientist who found that elusive mosquito.

Gísli Már Gíslason, a biologist and professor of limnology at the University of Iceland, told us how he “found one specimen of Aedes nigripes in a passenger airplane in the summer of 1986 at Keflavik Airport.” He boarded the plane, and spotted and captured the single mosquito by chasing it around the cabin. The plane was coming from Nassaquaq in Greenland and continuing to Frankfurt, Germany. He added that he gave the specimen to the Institute of Natural History in Reykjavik upon his return to Iceland, where it was preserved in a jar of alcohol.

However, the specimen appears to have been misplaced. “The specimen [Aedes nigripes] was not found a couple of years ago, when we wanted to re-examine it,” he said.

Gíslason added that aside from his capture of the one specimen, mosquitoes have not been recorded or seen in Iceland.

A major reason that there continue to be no mosquitoes in Iceland, he told us, is because of the island’s geographic isolation. “[Iceland is] 800-900 km to the nearest source of mosquitoes [...] i.e. 900 km to Norway and 800 km to Scotland,” he said.

But this doesn’t mean that Iceland will remain mosquito-free forever. As temperatures rise worldwide due to climate change, conditions in Iceland may change. “Climate warming may make it possible for species in Scandinavia and Great Britain to live in Iceland if they reach the island, [for example] with winds,” Gíslason told us. “There are more than 30 species of mosquitoes in Britain and Scandinavia, and some could possibly live and breed in Iceland if they reach the island.”

“There [is] evidence that the number of insect species in northern Europe are increasing. Some 400 new insect species have been recorded in Iceland in the last 30 years,” he continued. “Range of species distribution is extending further north with climate change. This could happen with mosquito species, which now have their northern distribution in Britain and southern Scandinavia. Also, there are mosquito species in Northern Scandinavia that could live in Iceland.”

So if you were hoping to depart for the mosquito-free zone of Iceland soon, you better hope climate change doesn’t affect it first.

“Why are there no mosquitos in Iceland, when they live on both sides of Greenland?” The Icelandic Web of Science, https://www.why.is/svar.php?id=5488. Accessed 18 Nov. 2021.