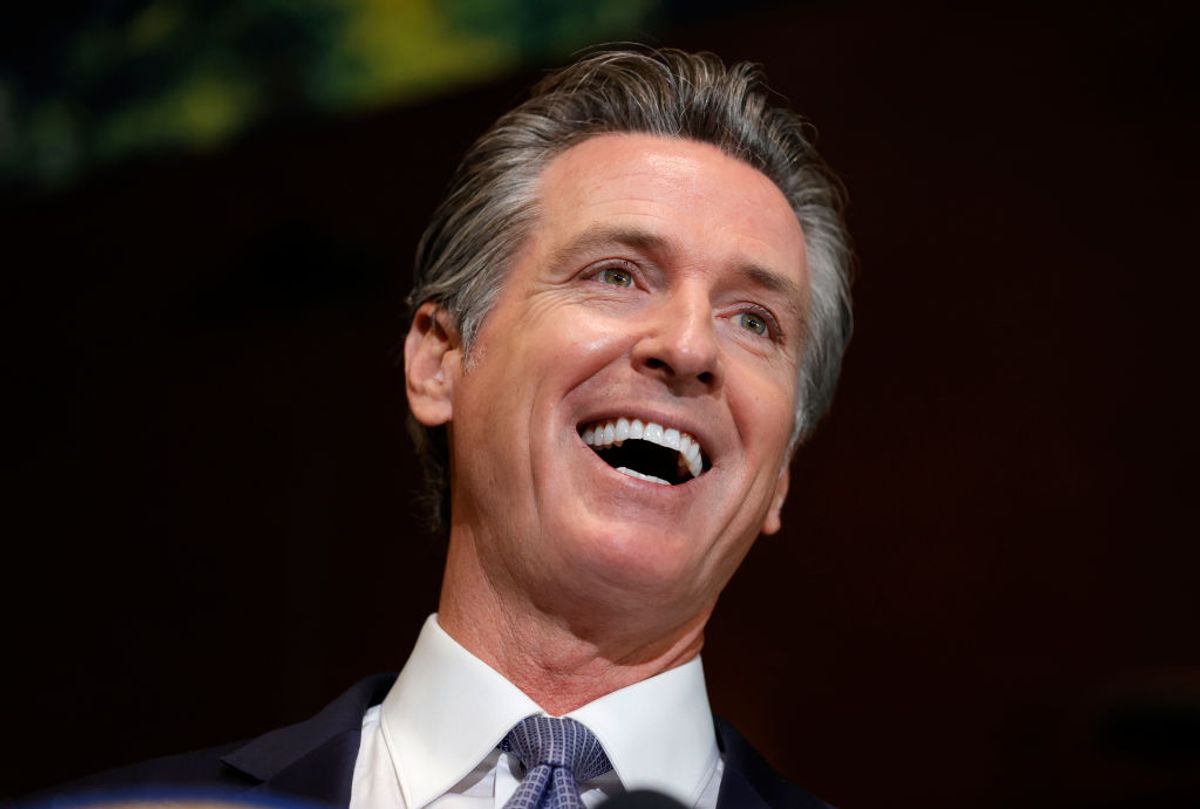 In early November 2021, various social media users and news outlets began to speculate on the whereabouts of California Gov. Gavin Newsom, citing an alleged unexplained absence from the public eye.

It's a rumor that appears to have started with assorted anonymous social media accounts, only to be picked up by various political personalities with large social media followings and the mainstream media, apparently inspired by his last-minute cancellation of a scheduled appearance at the United Nations climate summit.

As the rumor spread online on Nov. 7 and 8, some suggested Newsom was smote by God (or words to that effect) for his liberal policies. Those holding fast to anti-vaccine beliefs speculated he had become seriously ill with "Bell’s Palsy or Guillain-Barre Syndrome" after receiving a COVID-19 vaccine booster shot.

Suffice it to say it's not exactly a mystery. Newsom turned up in the public eye on Nov. 8, not missing and in fact photographed wearing a tuxedo, at the wedding of Getty heiress Ivy Love Getty.

The following day, Newsom spoke at the California Economic Summit in Monterey, during which time he addressed questions about why he canceled the planned trip to Scotland for the U.N. climate conference, saying that his four young children wanted him to stay home with them for Halloween.

"My wife was going to go [to Scotland] as well," Newsom stated. "And mom and dad missing Halloween, for them it's worse than missing Christmas. And I woke up that next morning with something that's probably familiar to a lot of parents, that knot in your stomach. I had no damn choice: I had to cancel that trip."

Newsom said he was out and about in public in the interim, visiting San Francisco's Boo! festival with his family and taking his children to work with him at the state capitol.

When asked by host Lenny Mendonca whether he had been "abducted by aliens," Newsom responded, "There were some Twitter accounts, that I think we'd all do well taking some time away from social media. Just a thought."

Some readers may recall that in May 2018, a similar "missing" storyline surrounded former first lady Melania Trump. "Where’s Melania? First lady not seen in public for 3 weeks," an Associated Press headline read. During that time, the then-first lady had been hospitalized to treat a kidney condition.

Some conservative pundits appeared to use the "Missing Newsom" narrative as a clap-back to the "missing Melania" stories:

In early 2017, some social media users convinced themselves that former CEO of the Clinton Foundation, Eric Braverman, had disappeared and was in peril simply because he hadn't posted on social media. He was not missing, nor was he in peril, putting rumors to rest with a tweet announcing a new job. In September 2018, social media users circulated post falsely stating that a young woman named Allisyn Nicole, who briefly went missing and had been found five years earlier, was still missing.