Who needs a good ghost story to be true, anyway? 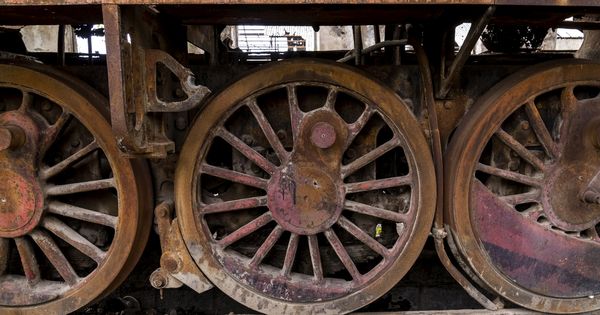 Claim:
A train carrying more than 100 passengers went into a tunnel in Italy and disappeared in 1911.
Rating:

It's an urban legend that popped up just in time for Halloween — a spooky ghost story about an ill-fated passenger train made by the Zanetti Railway Company that disappeared into a foggy tunnel in Italy, never to emerge. But does it have any basis in truth?

In short, the answer is no, but we will explain what we could find out about the roots of the story below. It appears to have originated as a work of fiction that was taken out of its original context and shared by some who believed it was a factual telling of events.

Depending on the source, the number of people on board the doomed train was 106 or 108 wealthy passengers. The train was part of a commercial passenger line built by a company called Zanetti in 1911. On a trip from Rome to Milan, a fog appeared suddenly, just before the train entered a tunnel. It never came back out. Seeing the fog and hearing a strange hum, two passengers bailed, before the train disappeared into the tunnel, and they, along with a crowd gathered at the tunnel, served as witnesses.

It wasn't an accident, so much as the train simply vanished, according to the story. And in some versions, the train has reappeared from time to time, having gone into a parallel dimension, gotten lost in time, or headed straight to hell, according to some sources.

According to a blog posted by a forum user on the website of the Italian travel publication E-Borghi, some versions of the story get even weirder. The train allegedly appeared at various points in history, in various different paces, including a medieval monastery and a psychiatric hospital in Mexico City in the 1840s, indicating it was "lost in time." And if that's not weird enough, the blog post notes, the train was carrying around the stolen skull of famed Ukrainian author Nikolai Gogol. (Gogol's skull was, in reality, not stolen.)

When researching a topic like this, it's important to note who hasn't written or discussed it. In this case, we found no news reports or credible accounts of what would ordinarily be a newsworthy event— a train carrying more than 100 people disappearing in Italy in 1911. We also found no evidence of the existence of a rail company called Zanetti. We only found a handful of websites discussing the story since 2017, none citing any credible sources that point to any real incident of the kind.

The story appears to have originated as a work of fiction by a Ukrainian writer by the name of Nikolai Cherkashin, who is cited by the E-Borghi blogger as having done research and gathered witness statements. Gogol's skull being part of the story seems to be a nod to one of his more famous works, "The Nose," a short story about a nose that leaves the body of its owner and goes about making a life of its own in St. Petersburg.

We will update this story if we find more information about its original source, but in the meantime it's safe to say that there is no Italian ghost train traveling through time.

e-borghi. “The Mystery of the Zanetti Train That Disappeared in 1911 That Still Travels in Space and Time.” E-Borghi, https://www.e-borghi.com/en/curiosities/1351/the-mystery-of-the-zanetti-train-that-disappeared-in-1911-that-still-travels-in-space-and-time.html. Accessed 3 Oct. 2022.