Did HarperCollins Remove 45 Complete Verses from the NIV Bible?

Supposedly "missing verses” in the NIV Bible were simply moved to footnotes in order to distinguish between elements from older and newer texts. 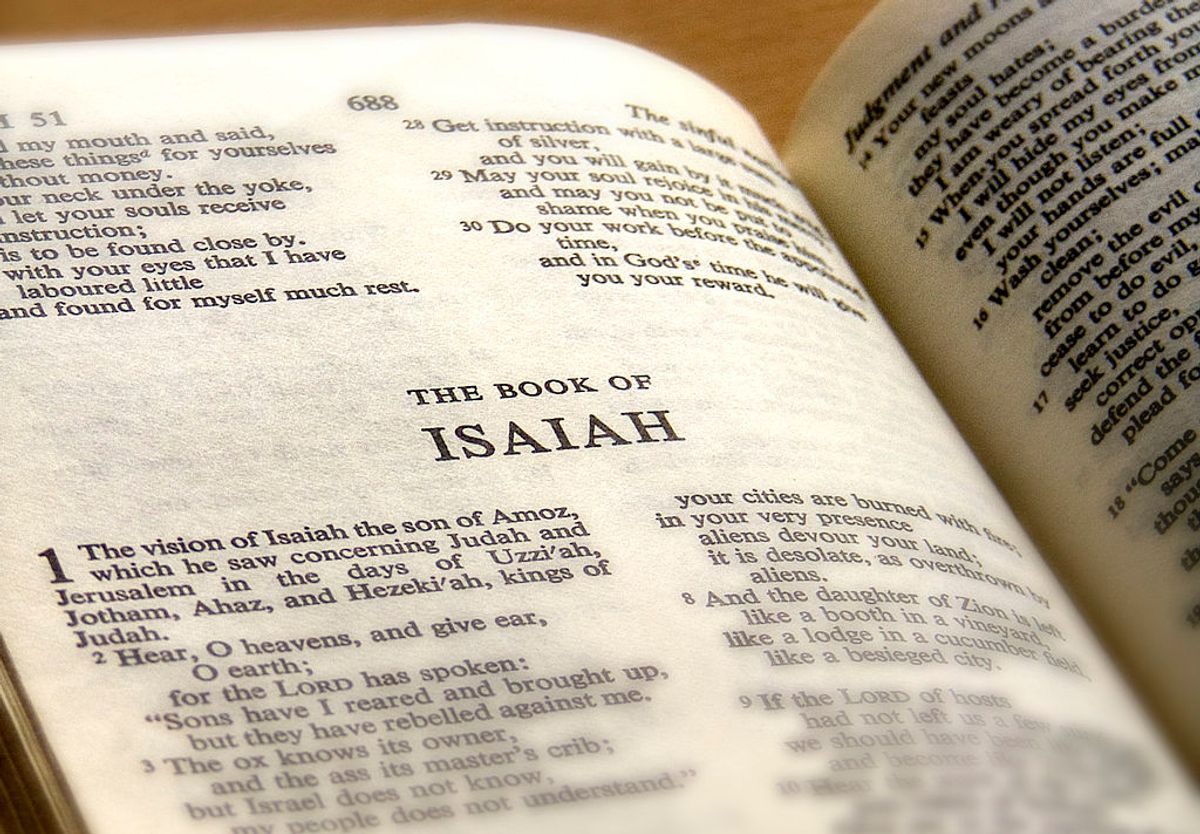 Some verses in the NIV were taken out of the main text.

The verses weren't "removed"; they were relocated to same-page footnotes in order to distinguish between older and newer versions of biblical texts.

On 11 July 2015, musician Erica Campbell shared a meme on Facebook claiming that 45 complete verses and 64,575 words had been removed from the New International Version Bible (NIV) — as compared to other versions, such as the King James Bible — by publisher HarperCollins: While it's true that the arrangement and translation of some verses presented in the NIV Bible differ from those found in the King James Bible or other versions of the holy book, that phenomenon does not indicate an effort on the part of HarperCollins (who bought the NIV Bible's original publishing house, Zondervan, in 1988) to entirely eliminate those verses from the Bible.

There is, of course, no single "original Bible." What we now know as the Bible is a compilation of various manuscripts written in different times and places, all subject to the vagaries of variation and translation (and editorial decisions, mostly made long ago, about which material is to be considered biblical and which is not):

Because what we have are copies of so many manuscripts, there is no single location where "the original Bible" is housed. The Bible text most often used by scholars and translators is a composite made from the oldest and most reliable of the ancient manuscripts. These old manuscripts are housed in several museums and other places all over the world.

But what about the translation of this text into English? Does it accurately reproduce the original text — which, after all, was first written down in Hebrew, Aramaic, and Greek? Since the ancient texts we are using agree to such an remarkable extent, our task is to put this original text into excellent English.

This helps to explain why there is so much variation in the English translations. Ten trained translators looking at the same Greek text would likely come up with ten slightly different renditions, and each would have reasons for his or her choice of particular words and phrases. English is, after all, not a fixed, dead language. It is alive and constantly changing. So don't expect that there will be no further English translations. Translators continue to study the ancient text to find just the right nuance and shade of meaning in today's English to express exactly what God intended to convey.

The translation task is not simple. To find the exact meaning in modern English of those ancient Hebrew, Aramaic, and Greek terms, phrases, and sentences is very challenging. Sometimes the original words have no exact counterpart in English, so several English words may be required to reproduce the precise meaning. And English is constantly changing, as some of our words take on new meanings.

Many structural differences can be found between the NIV Bible and the King James Bible (and other versions of the Bible). Zondervan has explained that this is because they have attempted to make a distinction, through the use of footnotes, between verses present in the oldest extant manuscripts of biblical material (which were unknown at the time the King James translation was prepared) and verses that only appeared in later manuscripts:

Often times, readers will come across what they feel are "missing verses” in their NIV Bible. These verses, however, are not really missing. They are included in the footnotes on the same page of the Bible where the “missing” passage is located. During the exacting translation process for the NIV Bible, some verses were found not to be included in the oldest or most reliable manuscripts that the NIV translators had available to use. Most of these manuscripts were discovered after the King James Version was first translated, some 400 years ago. When those verses could not be verified by the more reliable or older manuscripts, the NIV translators moved them to a footnote to reflect greater accuracy.

Please be assured that your NIV Bible is extremely accurate, trustworthy and reliable. Additional information on the translation process and use of footnotes is located in the Preface of your NIV Bible. If you have any other questions, please let us know.

The NIV editors emphasized that their translation was prepared by a self-governing Committee on Bible Translation comprising 15 religious scholars, not by the publishing house itself:

The NIV translation process is one of rigorous checks and balances. The translation team is a self-governing body, which means no publisher or commercial entity can tell them how to translate Scripture. Committee members represent a number of denominations, helping to ensure a translation free from theological bias.

It is true, however, that not everyone has been pleased with changes made to the NIV in recent years, and some have felt they were made for financial reasons.