An unsourced meme on Facebook accused Nike of making their sneakers with the hides of elephants. 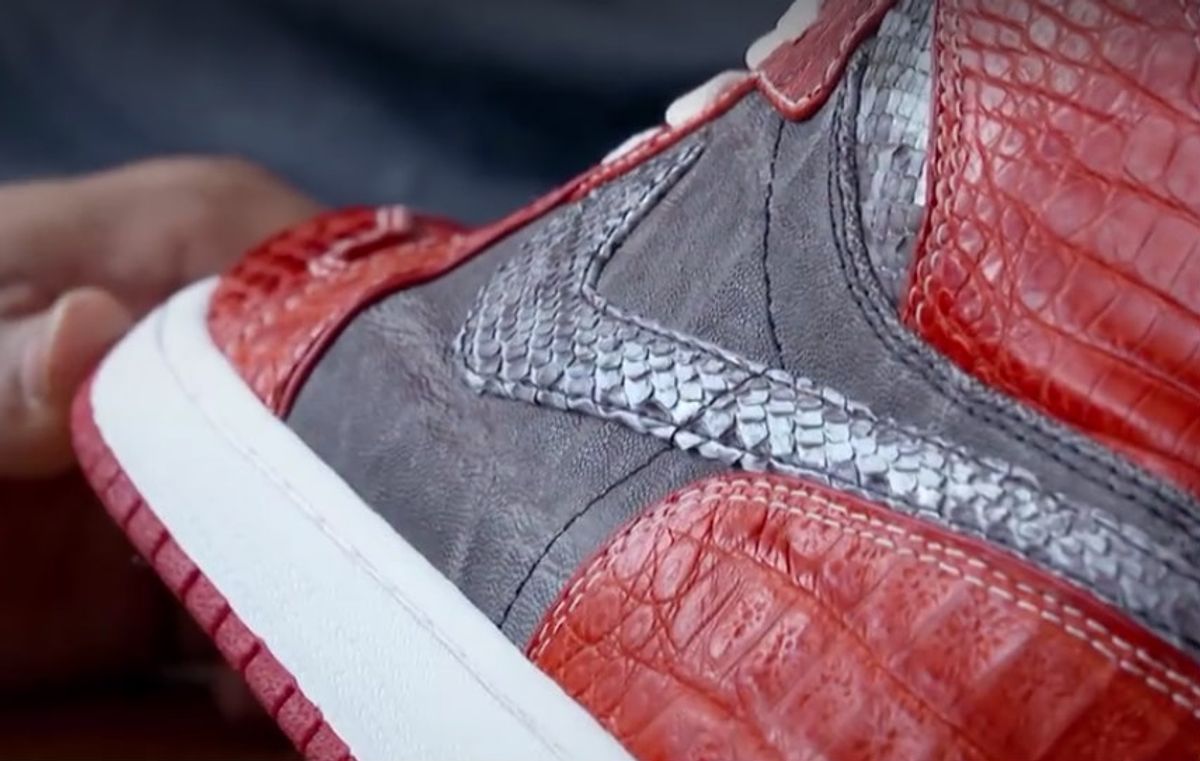 On 27 April 2016, a meme started circulating on Facebook that claimed Nike was using elephant hides to make its shoes, and asking people to boycott the company until it stopped

This Facebook post didn't link to any material backing up its claim, and we could not uncover any news reports accusing Nike of making its shoes out of elephant skins. It is possible that this accusation was based off of confusion regarding Nike's "elephant print" shoes. "Elephant print," however, refers to the design on the sneaker and not the material.

The only other reference we could uncover regarding Nike and elephants occurred when the company made a shoe for an elephant, not from one: Several years ago, Nike learned of an elephant that had one leg shorter than the others. To help the elephant find its balance, Nike manufactured this massive leather shoe, complete with laces and buckles at the heel. The elephant was fitted for the shoe using lifts. Pink remnants on the sides are what's left from the Swoosh logos that used to adorn the sides.

On 28 April 2016, Facebook user Jason Gunn Burton, who originally posted the "Just Boycott It" message, added some additional information about Nike's alleged elephant skin shoes. A recent BBC report into the "super-rich's insatiable appetite for luxury goods" highlighted a sneaker that really was made with the hide of an elephant:

This shoe, however, was not created by Nike.  The sneakers were designed by PMK Customs (a high-end sneaker customization company originally called "Pimp My Kicks") and made from an Air Jordan 1, which was then retrofitted with several different animal skins. The shoes, dubbed the "Brooklyn Zoos," feature elephant, stingray, lizard, crocodile, ostrich hides, and can fetch up to $20,000.  PMK Customs does work with the Nike brand (and others) as well, but neither Nike nor any other brand has a say in how the shoes are altered.