Was a Nigerian Baby Born with a Message of Christ's Second Coming?

A fake story about an infant born in Nigeria with a message written on her hands that Jesus is coming back has been around for several years. 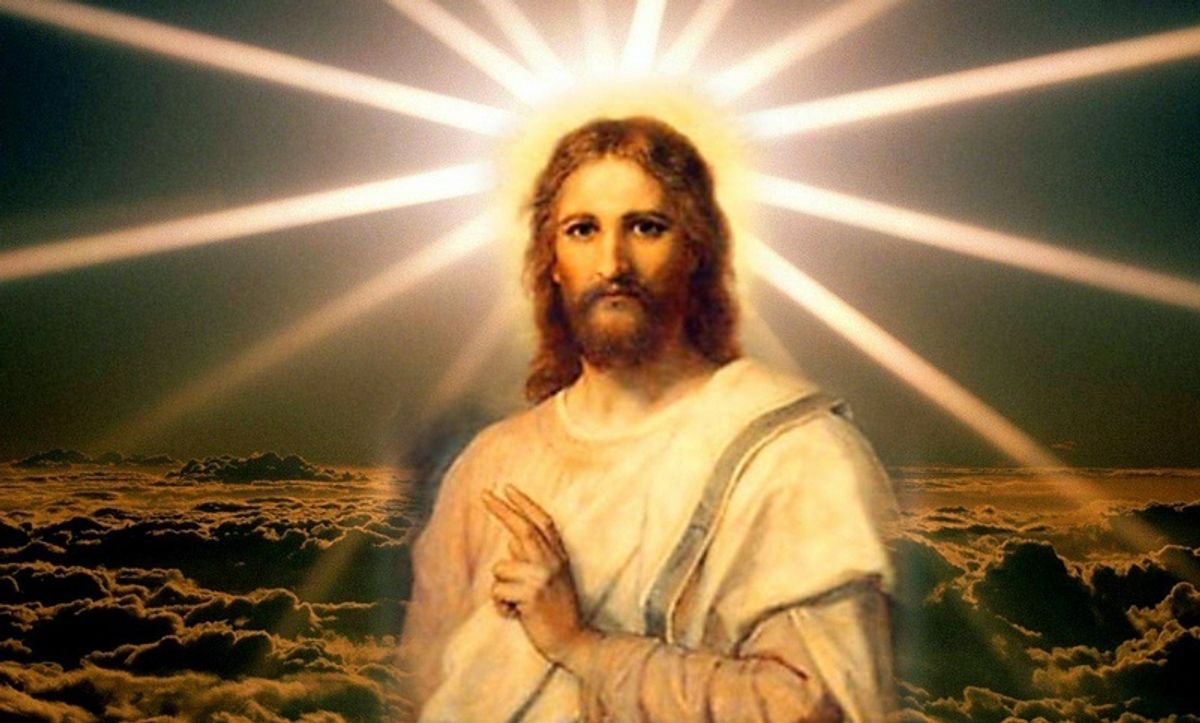 Claim:
A Nigerian infant was born with message written on her hands saying Jesus is coming back.
Rating:

On 4 November 2016, a web site called PeopleMagazine.co.za (which appears to be a knock-off of the legitimate celebrity and news publication People Magazine, whose domain is people.com) posted a strange story claiming that a baby girl had been born at General Hospital at Kubwa, Abuja, with her hands clasped together as though in prayer:

The doctors dealing with this special case informed the parents of the child that they would conduct an operation on the hands of their baby girl. Their little one would also be given an antistatic.

The operation went smoothly – with no complications whatsoever because it seemed like the little girl’s hands were simply glued together by a single layer of light skin. Nothing prepared the medical team for what was hidden in the baby girl’s hands. As her hands were separated, it is claimed that the message ‘JESUS IS COMING BACK!’ was written on the inside of her hands.

This story has been on the Internet since at least 2007, when it appeared on various message boards. It has resurfaced repeatedly, with variations. In 2015, a YouTube video of a seeming news report out of Nigeria claims the baby was born holding a Koran, the holy book of the Muslim faith:

That same year, the story was posted to a blog which claimed that the baby's birth, with the apocalyptic message written on her clasped hands, coupled with the passage of the Affordable Care Act (also known as Obamacare) in the United States were harbingers of end times:

Let’s Pray Hard: 6 6 6 The Mark Of The Beast Prophesy Finally Fulfilled… Written By: Jonathan Annobil. The US Senate has passed the Obama Health Bill into law. The implementation would commence soon. This bill would require all Americans to be implanted with a Radio Frequency Identification (RFID) chip in order to access nmedical care. The device will be implemented on the forehead or on the arm. This is to fulfill the prophesy in the Book of Revelation 13:15-18 concerning the MARK OF THE BEAST. Are you still doubting the END TIME? Do u know that the special car which was made for Obama is known as the BEAST? Get READY. The rapture is near! Revelations 13 is being played out right before us.

It is of course physically impossible for a baby to be born with writing on her hands or holding a book, and it seems dubious that end times would be presaged by the passage of a health care bill.  The story is a recurring hoax that appears to originate in (or at least be about) Nigeria, and perpetuates itself by way of fervently religious readers looking for signs of end times.

Eliutube.blogspot.com. "baby born in abuja with hands closed together like someone praying."   15 May 2015.