Did Boko Haram Behead a Nigerian Pastor After He 'Refused to Deny Christ'?

Readers inquired about the details surrounding the horrific execution of the Rev. Lawan Andimi in January 2020. 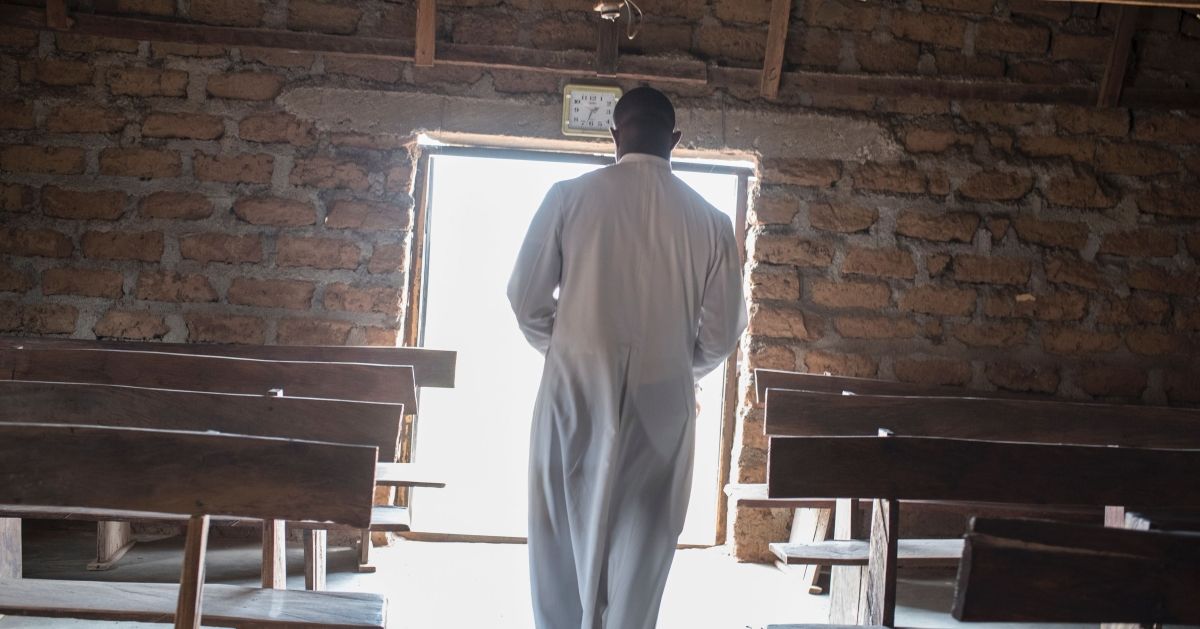 Claim:
In January 2020, Boko Haram executed pastor Lawan Andimi as a result, at least in part, of his refusal to renounce his Christian faith.
Rating:

Boko Haram did indeed behead Lawan Andimi in January 2020 after abducting him and holding him for ransom.

We could obtain no evidence to corroborate the claim that Andimi's execution had come as a result, at least in part, of his refusing to renounce his Christian faith.

In January 2020, we received multiple inquiries from readers about the accuracy of news articles that reported a Christian pastor in Nigeria had been executed by Boko Haram militants, after refusing to renounce his Christian faith.

On Jan. 21, the Christian Post published an article with the headline "Nigerian Pastor Who Praised God in Ransom Video Beheaded After Refusing to Deny Christ." That piece reported as follows:

A pastor who made headlines earlier this month for praising God in a ransom video has been executed by Boko Haram militants in Nigeria. International human rights activists have condemned the killing of Rev. Lawan Andimi, the chairman of the Christian Association of Nigeria’s chapter in the Michika Local Government Area of Adamawa State.

Andimi was declared missing on Jan. 3 following a raid by the Islamic extremist group in Michika. Video posted online appears to show Andimi being forced into a vehicle by his captors.  Days later, Andimi was seen in a video released by his captors calling on fellow Christian leaders and state government officials to secure his release.

Despite the situation, Andimi said in the video that he was not discouraged because “all conditions that one finds himself is in the hand of God.” “By the grace of God, I will be together with my wife and my children and all my colleagues,” he said. “If the opportunity has not been granted, maybe it is the will of God.”

On Monday, local sources disclosed to ministry partners in the United States that Andimi was murdered. A source told the U.S.-based nongovernmental organization Save the Persecuted Christians that Andimi’s family was notified about the pastor’s death by the CAN office in the Adamawa state on Monday.

“They have slaughtered him in Sambisa forest,” a source told Save the Persecuted Christians, according to the nonprofit's Executive Director Dede Laugesen. “They murdered him because he refused to renounce his faith. And because they couldn’t raise the money for his ransom.”

'Amnesty International is appalled by reports that Reverend Lawan Andimi, the chairman of a local chapter of the Christian Association of Nigeria (CAN), was killed by Boko Haram yesterday. With this horrific murder, and an increasing number of attacks in recent weeks, Boko Haram has again shown its brazen disregard for the sanctity of life. These deplorable crimes must not go unpunished.'"

The broad strokes of the Christian Post's article were therefore accurate — Andimi, a Christian pastor and chairman of the local branch of the Christian Association of Nigeria (CAN), was indeed kidnapped, held for ransom, and later executed by Boko Haram militants.

The specific claim that Andimi was beheaded came from a Nigerian journalist, Ahmad Salkida, who wrote in a Jan. 21 tweet that "Reverend Lawan Andimi was beheaded yesterday afternoon," and added that he had received a video that showed the execution of both the pastor and a soldier.

A spokesperson for Amnesty International confirmed for Snopes that Andimi was indeed beheaded.

The second claim of note in the Christian Post article was that Andimi's execution came as a result of his refusal to renounce his Christian faith. That assertion originated in a statement published by the organization Save the Persecuted Christians on Jan. 21. The group's executive director, Dede Laugesen, cited an anonymous but "trusted source" as saying that: "They have slaughtered him in Sambisa forest. They murdered him because he refused to renounce his faith. And, because they couldn’t raise the money for his ransom.”

It would be appropriate that such a source, in those circumstances, should remain anonymous, in the interests of his personal safety. However, because we cannot contact that source directly, we cannot obtain from him any evidence to corroborate the claim that the pastor was ordered to renounce his faith, refused to do so, and was executed in part as a result of that refusal.

The Amnesty spokesperson we consulted for this article confirmed for Snopes that Andimi's captors did indeed demand a ransom for his release, but Amnesty could not obtain confirmation or corroboration of the claim that Boko Haram ordered Andimi to renounce his faith, and that he refused.

Whether Andimi refused an order that he renounce his Christian faith, his execution was clearly a brutal and horrific terrorist act, and part of a disturbing pattern of such abductions and murders by Boko Haram militants in Nigeria.

However, the specific claim that Andimi was executed in part because of a refusal to apostasize is not a trivial detail. It sharpens the focus on the religious dynamics at play in his abduction — Boko Haram, an ISIS-affiliated Islamic terrorist group kidnapping a Christian church leader — and tends to advance a narrative that frames the ongoing violence and conflict in Nigeria as primarily, or exclusively, a religious one.

There's no doubt that Boko Haram's campaign of terror and violence in Nigeria has firm religious dimensions to it and involves strong religious motivations. However, the origins of the group and the broader context for its activities are more complicated, and also involve economic, political, and ethnic divisions.

In that context, the claim that the group executed Andimi not merely because the ransom they demanded was not paid, but also because of the pastor's refusal to abandon his Christian faith, is a significant and highly charged detail. Its rhetorical and symbolic significance can be seen in the very fact that the Christian Post mentioned it in its article's headline, but did not also include the second purported reason provided by Save the Persecuted Christians' source — the unpaid ransom.

As such, and due to the fact that we were unable to obtain independent corroboration for that assertion, we are issuing a rating of "Mixture" for the claim that Boko Haram beheaded Andimi as a result, at least in part, of his refusal to renounce his Christian faith. If we receive evidence that corroborates the latter element of the claim, we will update this fact check accordingly.