Why Are NFL Players on the Sidelines for the National Anthem?

For much of the NFL's history, players weren't present on the field during the playing of "The Star-Spangled Banner." 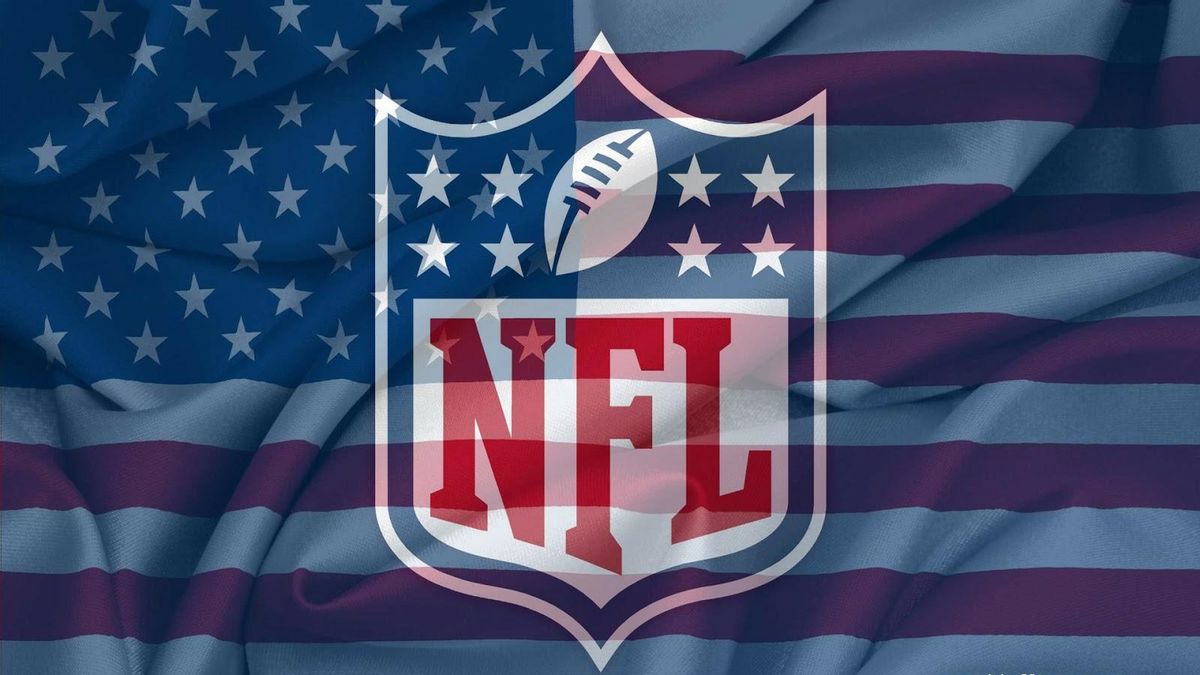 Claim:
NFL players did not stand for the national anthem until the Defense Dept. started paying the league to stage patriotic displays in 2009.
Rating:

NFL players were not required to be on the sidelines during the playing of the U.S. national anthem for primetime games prior to 2009.

Players always had the option of standing on the sidelines during the national anthem, and there is no evidence that "paid patriotism" initiatives begun in 2009 required them to do so.

An image widely circulated on Facebook in response to the National Football League's anthem controversy held that NFL players did not stand on the sidelines during the playing of the U.S. national anthem before games prior to 2009. Instead, they stayed in locker rooms during the anthem and did not begin standing along the sidelines for renditions of "The Star-Spangled Banner" until after the Defense Department began paying the NFL to hold patriotic displays in 2009: The issue has been in the public spotlight ever since San Francisco 49ers quarterback Colin Kaepernick began protesting police brutality by kneeling during the playing of the national anthem during exhibition games played prior to the start of the 2016 NFL season. Several other players, including some in other sports, have since taken part in similar silent demonstrations during the 2016 and 2017 seasons.

Tom E. Curran of Comcast Sportsnet New England reported in a story published on 29 August 2016 that teams standing together on the field during the playing of the national anthem was a relatively recent development in NFL history: "NFL spokesman Brian McCarthy confirmed this the practice began in 2009, adding, 'As you know, the NFL has a long tradition of patriotism. Players are encouraged but not required to stand for the anthem.'"

What actually changed in 2009, according to NFL spokesman Brian McCarthy, was that (due to network timing issues) players had previously remained in their locker rooms during the playing of the national anthem for primetime games. After 2009, players appeared in the sidelines for the anthem during primetime games, just as they had been doing all along for Sunday afternoon games. (The distinction often went unnoticed by viewers, as network telecasts frequently didn't air the pre-game anthem ceremonies.)

ESPN commentator Stephen A. Smith referenced Currant's report during a segment on 14 September 2016, adding a "paid patriotism" element to the mix:

The players were moved to the field during the national anthem because it was seen as a marketing strategy to make the athletes look more patriotic. The United States Department of Defense paid the National Football League $5.4 million between 2011 and 2014, and the National Guard [paid] $6.7 million between 2013 and 2015 to stage on-field patriotic ceremonies as part of military recruitment budget-line items.

The practice of "paid patriotism" came to light on 30 April 2015, when Sen. Jeff Flake (R-AZ) released a statement chiding the New Jersey Army National Guard for paying between $97,000 and $115,000 to the New York Jets for a series of promotions involving military personnel. That November, Flake and fellow Arizona Republican Sen. John McCain issued a report stating that the Defense Department had been paying for patriotic displays in football and other sports between 2011 and 2014:

Contrary to the public statements made by DOD and the NFL, the majority of the contracts — 72 of the 122 contracts we analyzed — clearly show that DOD paid for patriotic tributes at professional football, baseball, basketball, hockey, and soccer games. These paid tributes included on-field color guard, enlistment and reenlistment ceremonies, performances of the national anthem, full-field flag details, ceremonial first pitches͕ and puck drops. The National Guard paid teams for the “opportunity” to sponsor military appreciation nights and to recognize its birthday. It paid the Buffalo Bills to sponsor its Salute to the Service game. DOD even paid teams for the “opportunity” to perform surprise welcome home promotions for troops returning from deployments and to recognize wounded warriors. While well intentioned, we wonder just how many of these displays included a disclaimer that these events were in fact sponsored by the DOD at taxpayer expense. Even with that disclosure, it is hard to understand how a team accepting taxpayer funds to sponsor a military appreciation game, or to recognize wounded warriors or returning troops, can be construed as anything other than paid patriotism.

However, this report did not cover the year 2009, so it is unclear whether NFL teams' appearing on the field for the playing of the national anthem truly began in conjunction with the "paid patriotism" policy. In a September 2017 piece about the anthem controversy, CNN noted that:

[T]he connection between "paid patriotism" and players being mandated to be present for the anthem is tenuous. The report does mention several instances where teams were paid for anthem performances, but that was about the specific artist or presentation. There is nothing in the report to suggest teams were paid or coerced into pulling players on to the field as part of "paid patriotism" initiatives.

"DoD does not require or request that athletes be on the field during the playing of the national anthem when military members are part of the patriotic opener," he said in a statement to CNN.

The league announced in May 2016 that they would refund $723,724 to taxpayers which they said "may have been mistakenly applied to appreciation activities rather than recruitment efforts" during the years in question.

This story was updated to note that 2009 changes in NFL anthem policy were specific to primetime games.