NFL Banning the National Anthem in 2017

A false social media rumor holds that the NFL will be banning the playing of the U.S. national anthem in 2017. 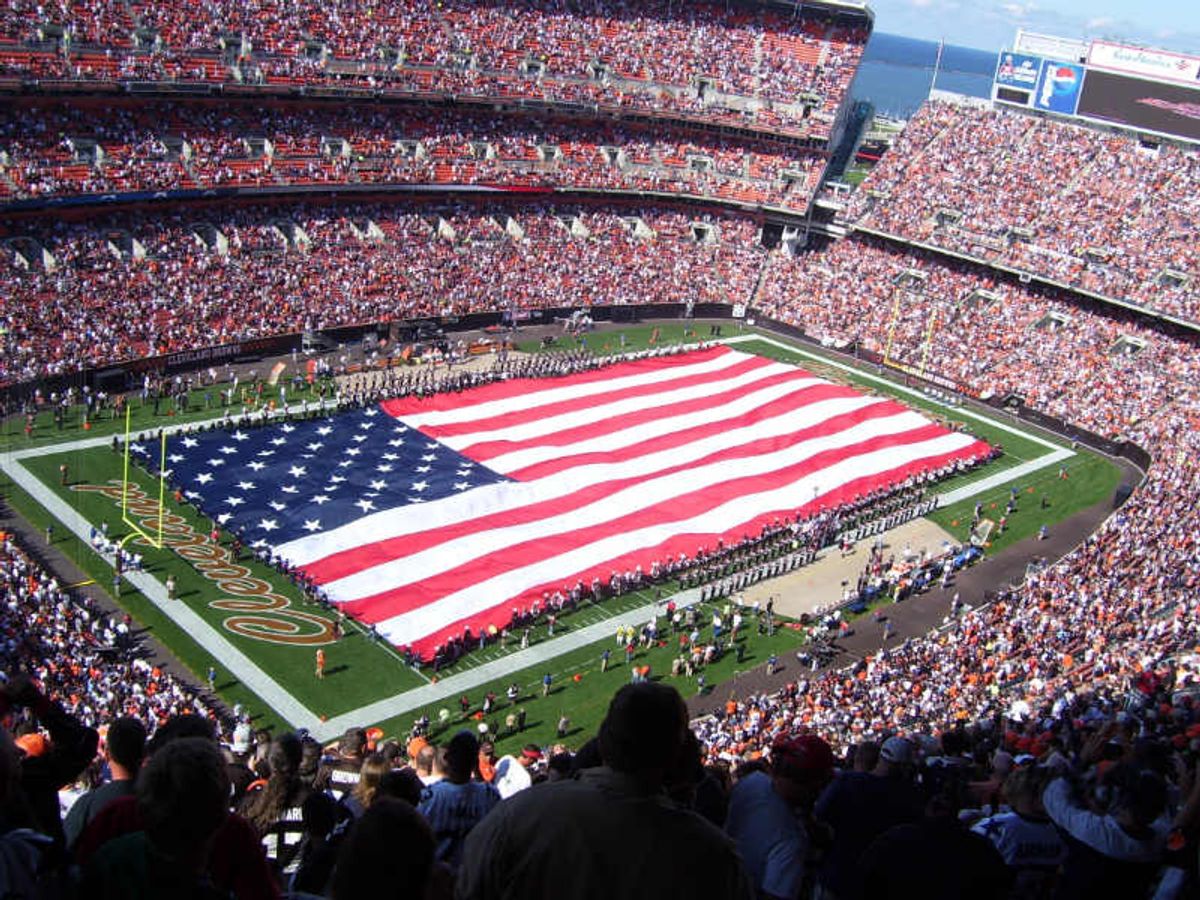 Claim:
The NFL is banning the playing of the U.S. national anthem beginning in 2017.
Rating:

In June 2016, a rumor began circulating on social media holding that the National Football League (NFL) would be banning the playing of the National Anthem before games beginning in 2017; the rumor picked up renewed currency a few months later when San Francisco 49ers quarterback Colin Kaepernick began making headlines for refusing to stand for the playing of "The Star-Spangled Banner": The notion that the highly publicity-conscious NFL would make such a controversial and unpopular decision and bring public opprobrium down upon them is exceedingly unlikely. And indeed, the NFL has made no such announcement about eliminating the playing of "The Star-Spangled Banner," nor has "news" of been reported by any credible media outlet.

While the origins of this rumor remain unclear, it may have stemmed from NFL Commissioner Roger Goodell's decision to return more than $700,000 of "paid patriotism" to the United States government:

The NFL is returning $724,000 it was paid by the Defense Department to host patriotic celebrations at games.

The refund was disclosed in a letter from NFL Commissioner Roger Goodell to Sens. John McCain and Jeff Flake, the authors of a study criticizing what it called examples of “paid patriotism.” Both senators praised the NFL’s refund.

That’s how much money the U.S. government has paid the league since 2012 to host military “appreciate activities,” according to Goodell.

Although the NFL may have returned taxpayer money that was paid to them to cover the costs of patriotic displays at football games, the league has not moved to ban the playing of the U.S. national anthem beginning in 2017.