Did the NFL Admit to Rigging Games? 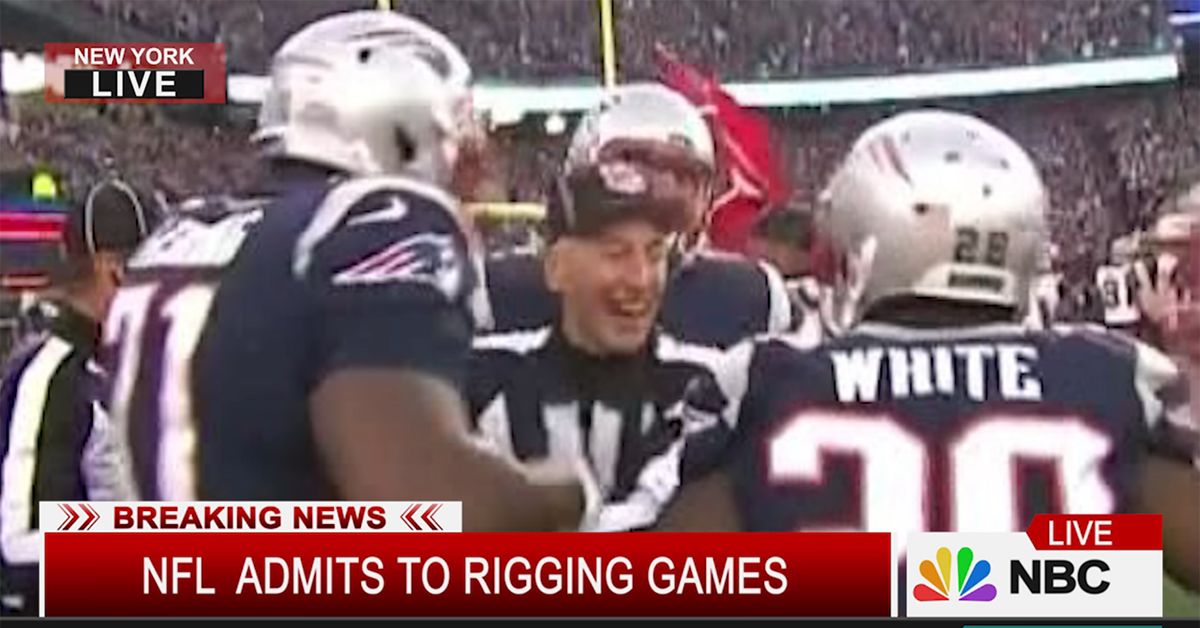 Claim:
The NFL admitted to rigging games in a style similar to professional wrestling.
Rating:

The clip was also published to YouTube and shared on Twitter (without any explicit indication that it was "satire"):

I added a video to a @YouTube playlist https://t.co/ae3H7RH5ee Breaking News: NFL Admits to Rigging Games for Super Bowl

Predictably, the video was followed by an uptick in social media posts about purported NFL rigging, with few people apparently making their way to Satire Daily's "About" section on Facebook. That section listed "Fake News" as a Personal Interest, while additional fields noted the site's satirical purpose:

Affiliation
This is a Satire News Parody, videos are not meant to be taken seriously, none of the claims in our videos are true.

About
This is a satire news parody and comedic page. Nothing on this page is to be taken seriously. None of the stories created in our videos are true, they are created for purely satirical comedy purposes.

STORY
Quality produced satire news stories to combat the spread of fake news by fighting fire with fire. None of the news stories posted on my site are real.