Rumor holds that Newport will soon be selling mass-produced joints under the brand name "Newport Nirvana." 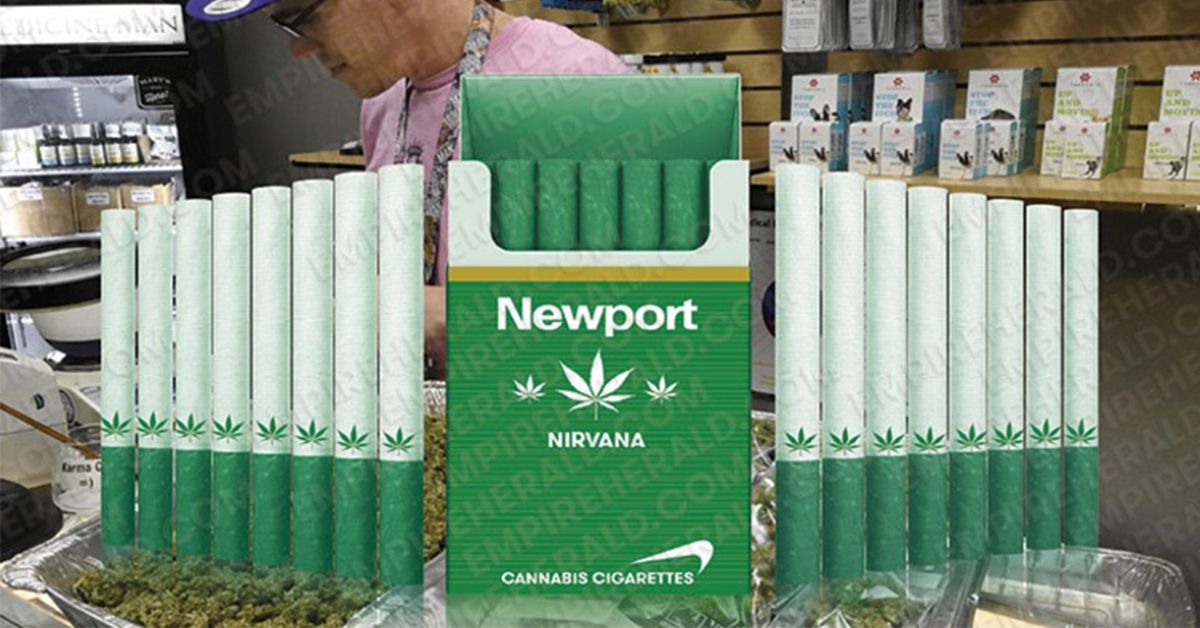 Claim:
Newport developed marijuana cigarettes which will be available for purchase "next year."
Rating:

Reynolds American Inc. Chief Marketing Executive Lawrence Harrison, said in an interview that the company has been ecstatic on the idea of marketing cannabis, and has been monitoring the market for some time. It was only when the recent legalization initiatives — winning in Colorado and Washington — that the company finally made the decision to take part in the cannabis market.

Harrison added that they have purchased thousands of acres of land to grow natural hemp. The tobacco company has been setting up a distribution process across North and South American territories, to streamline the supply lines.

Like its fellow outlets (TMZWorldStar/TMZUncut/TMZBreaking),  TMZWorldNews is a fake news site appropriating the name of popular gossip site TMZ. None included a disclaimer warning readers its content consisted entirely of falsehoods. Prior fabrications from TMZWorldStar and related pages included claims a police officer shot a black baby after mistaking a pacifier for a gun, a penile implant could alert women to cheating romantic partners, a college student fell into a coma after participating in a social media semen-drinking challenge, KKK members committed suicide en masse due to the introduction of the Harriet Tubman $20 bill, a non-existent study proved 80 percent of black men in Atlanta were gay, and police found a satanic dungeon under a Chuck E. Cheese (a falsehood which bears striking resemblance to the late-2016 Pizzagate conspiracy theory).

This article appears to have been lifted from a previous (but almost identical) hoax story that Marlboro would soon be selling "Marlboro M" cannabis cigarettes in a signature green box.