Would the New Way Forward Act Protect Criminals from Deportation? 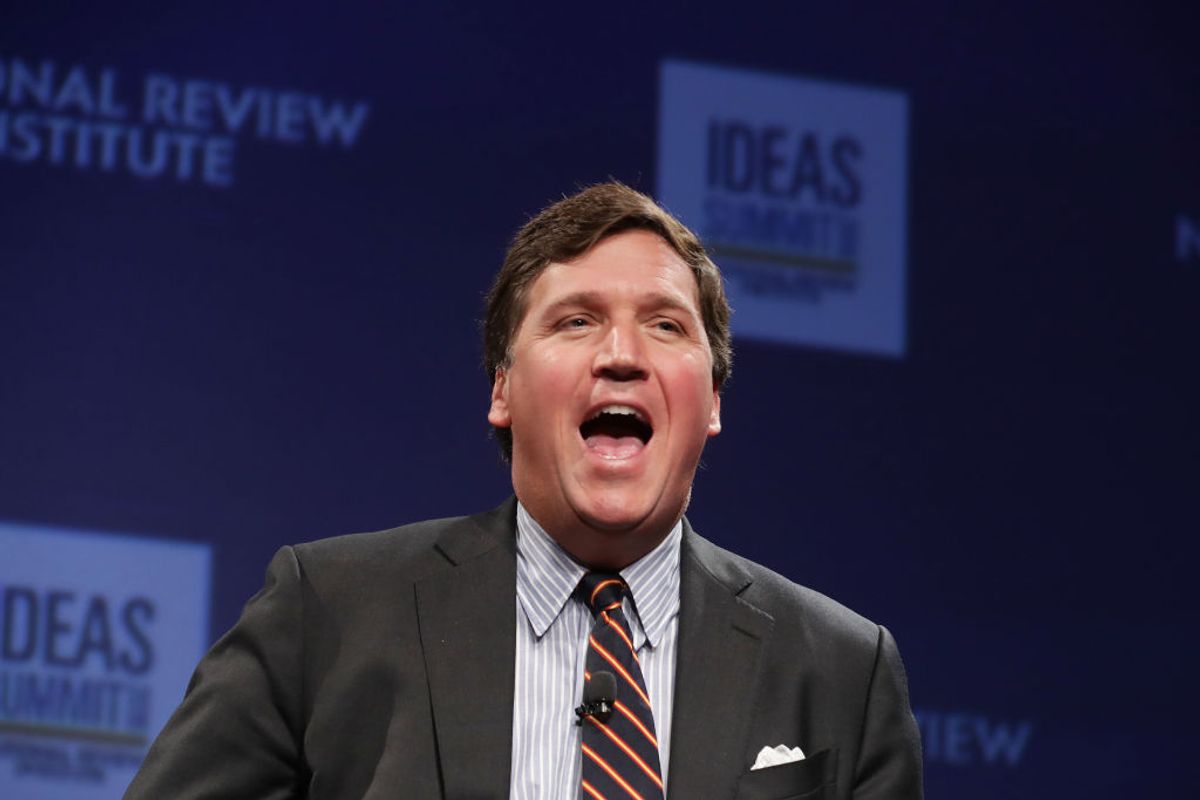 Claim:
The New Way Forward Act, according to Tucker Carlson, would "protect criminals from deportation" if it were implemented.
Rating:

The bill would remove low-level drug crimes as deportable offenses and would require that certain criminal convictions come with a prison sentence of at least five years in order to form the basis of a deportation order. The bill would also allow immigration judges to decline, on humanitarian grounds, to issue a deportation order for an immigrant who has a criminal conviction.

The headline of Carlson's article risked giving some readers the mistaken impression that the New Way Forward Act would entirely protect immigrants who violate U.S. criminal law from deportation, which was not the case.

In February 2020 readers asked us about an opinion column written by Fox News host Tucker Carlson, which claimed that a new bill proposed by U.S. House Democrats would, if passed in its current form, protect immigrants from deportation even if they commit crimes.

The op-ed, published on Feb. 7, bore the headline "Criminals Would Be Protected From Deportation Under Bill AOC and Other House Democrats Back." The piece included the following:

Under current U.S. law, legal U.S. immigrants can be deported if they commit an “aggravated felony” or a “crime of moral turpitude” – that is, a vile, depraved act, like molesting a child. Under the New Way Forward Act, “crimes of moral turpitude” are eliminated entirely as a justification for deportation. And the category of “aggravated felony” gets circumscribed too.

What does that mean? Consider this: Under current law, immigrants who commit serious crimes – such as robbery, fraud, or child sexual abuse – must be deported, regardless of the sentence they receive. Other crimes – less severe ones like racketeering – require deportation as long as the perpetrator receives at least a one-year sentence.

But if this bill passes the House and Senate and is signed into law by the president, there will no longer be any crimes that automatically require deportation. None. And one crime – falsifying a passport – will be made immune from deportation, no matter what. Because apparently 9/11 never happened, and we no longer care about fake government documents ...

Under the proposed legislation, the minimum prison sentence for crimes that still require deportation would rise from one year to five...

The bill would grant sweeping new powers to immigration judges, allowing them to nullify a deportation order.

Carlson's op-ed, and a subsequent segment on his Fox News show, featured numerous specific claims about the legislation, but the one that drew the most inquiries from Snopes readers was the same one Fox News included in its headline — that the New Way Forward Act would "protect criminals from deportation." As a result, that claim is the focus of this particular fact check.

What the bill proposes

If it were signed into law and implemented, the New Way Forward Act would bring about a number of changes to U.S. federal law on deportations. The following is a summary of those changes, as found in the version of the legislation published in December 2019 (the most up-to-date version at the time of Carlson's article and at the time of this fact check):

Another section of the New Way Forward Act would give immigration judges significant new discretionary powers in deciding whether to issue a deportation order. Under existing law, judges are only allowed to consider "the evidence produced at the hearing," before making their determination. Under the proposed legislation, judges would be able to weigh that evidence, including the existence of prior deportable offenses, against other factors.

This means that even if an immigrant has been convicted of a deportable criminal offense, an immigration judge could, under the bill, decline to order their deportation "in pursuit of humanitarian purposes, to assure family unity, or when it is otherwise in the public interest.”

Clearly, the provisions of the New Way Forward Act would make it more difficult to deport immigrants who have committed certain crimes, most notably the removal of lower-level drug crimes as a deportable offense, and the proposed requirement that aggravated felonies be redefined as carrying at least a five-year prison sentence in order to form the basis of a deportation order.

Giving immigration judges the ability to exercise discretion and decline to order a deportation for humanitarian reasons is also likely to lower the deportation rate by a certain degree, though it should be noted that the legislation would not impose any legal requirement on judges to be more lenient in their decisions.

The headline of the article -- "Criminals Would Be Protected From Deportation Under Bill AOC and Other House Democrats Back" -- risked giving some readers the mistaken impression that the New Way Forward Act would entirely protect immigrants who have violated U.S. criminal law from being deported. That would not be the case -- such offenders could and undoubtedly would continue to be deported under the proposed legislation.

Rather, the bill would mean certain offenses could no longer form the sole basis of a deportation order, and the sentencing threshold for "aggravated felonies" would be increased from one year to five years, thereby enhancing the protections against deportation available to immigrants who were convicted of such crimes and sentenced to between one and five years in prison. The body of Carlson's article outlined those facts with greater nuance than the headline did.

Carlson, Tucker.  "Criminals Would Be Protected From Deportation Under Bill AOC and Other House Democrats Back."   Fox News.  7 February 2020.

[Correction] 13 February 2020: This article originally stated that certain provisions in the New Way Forward Act would remove a requirement for some offenses to carry a one-year sentence in order to form the basis of a deportation order, thereby making deportation easier in some cases. In fact, the bill would replace the one-year minimum sentence requirement with a five-year minimum sentence requirement, thereby making deportation more difficult in those cases. As a result of this correction, the rating has been changed from "Mixture" to "Mostly True."