A viral marketing campaign called a resource used in lithium batteries a secret superfuel — all with the intent of selling investment tips in an expensive e-book. 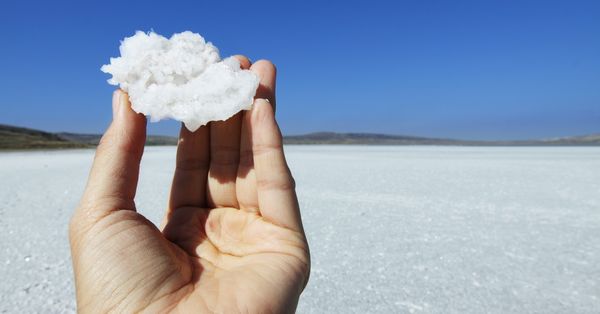 Claim:
Scientists have discovered a fuel thousands of times more powerful than gasoline and just one company is positioned to own a vast majority of its market share.
Rating:

In April 2017, a viral marketing campaign created by Kent Moors (an allegedly well-resuméd individual who frequently offers expensive stock tips in ebook form and is sometimes used as an expert on television news segments) suggested that there is a new fuel called OBL that is 1,693 times more powerful than gasoline.

The main thesis of his 44-minute video and accompanying article is that it would be wise to purchase cheap stock in an unnamed company that has exclusive access to OBL; however, the only way to find out the name of the company is to purchase a $99 ebook that the video advertises.

This post does not seek to address the financial claims made in the ad. Instead, it aims to document the numerous and brazenly misleading scientific claims made about this new "superfuel".

What Moors refers to as OBL is lithium brine (found in salt lakes that have high concentrations of lithium) or their geologic deposits in the form of salts like lithium carbonate or lithium chloride. These raw materials are used to make lithium-ion batteries, common in cell phones and increasingly in demand for electric cars. A post at Stock Gumshoe makes a detailed case for concluding OBL is actually this resource, and the stated locations of the deposits (the Andes and Nevada) as well as Moors’ discussion of electric automobile industry further support that conclusion.

The reason the ad uses the term OBL (allegedly an acronym for the Spanish translation of "white gold," "oro blanco"), instead of the scientifically accurate term lithium carbonate, is likely due to the fact that saying "lithium demand will rise in the future as electric cars become more popular" is far from a hot take, as evidenced by a fairly similar take published in Forbes nearly a decade ago:

Since a vehicle battery requires a hundred times as much lithium carbonate as its laptop equivalent, the green-car revolution could make lithium one of the planet’s most strategic commodities. The rush is on to find and develop new sources of it, a race that has mining companies scouring the globe’s remotest corners, from the high-altitude deserts of Chile and Bolivia to the wilds of northern Tibet.

The nearly hour-long, un-fast-forwardable video does not say what OBL is or identify the company with access to it (though it is likely a company called Lithium X), most likely in order to shield Moors’ myriad vague claims from any critical rebuke. These claims are featured prominently in early portions of the video:

Take a look at this picture. The locals call the mysterious crystals you see here “Oro Blanco.” Translated, that’s “White Gold.” However, Goldman Sachs has a different name for it. “The new gasoline.”

But that may very well be the understatement of the century. You see, Oro Blanco is 1,693-times more powerful than the gasoline that runs your car. Which is why Goldman Sachs is predicting it will eventually “replace gasoline as the primary source of transportation fuel.”

Before delving into the meat of the claim — the comparison to gasoline — it is worth noting that the image Moors asks us to look at is a stock photo of salt from a salt lake, not a groundbreaking image of "blanco oro".

Let’s say you own a typical mid-sized American car. So you can probably drive about 25 miles on a gallon of gasoline. Maybe 40-50 if it’s a hybrid-electric model like a Toyota Prius. Care to guess what would happen if you retrofitted your car to run on OBL?

50 miles to the gallon? Maybe 100 MPG? Or 500 MPG? Not even close. I’d like for you to imagine: Pulling into your local gas station on empty, putting only a single gallon of this superfuel in your tank, and driving 42,325 miles before having to stop at that same gas station again.

That’s like driving from New York City to Los Angeles and back SEVEN times on a single gallon.

This is a deeply fallacious argument even if there was some basis to the figure 42,325 miles on a "gallon" of "OBL" (though we cannot find one). The explanation Moors gives for OBL’s superior performance sounds nice and neat, but it stems from a comparison that makes apples and oranges look like identical twins:

So you’re probably asking yourself, “how is this even possible?” I’ll give you two reasons. One of them is simple science. And the other sounds like magic. First off, this crystal fuel can withstand extreme temperatures. Consider gasoline. It might start boiling at 104 degrees Fahrenheit. When it does, some amounts will evaporate. That’s potential fuel that is vanishing into thin air. OBL doesn’t have this problem. It doesn’t boil until it hits 2,457 degrees Fahrenheit. [...]

Gasoline powers a car through the energy created by combustion (which is, incidentally, why you wouldn’t want it to withstand extremely high temperatures), whereas a lithium-ion battery creates its power from the chemical energy generated by the movement of lithium ions.

This renders the first argument irrelevant, even if you ignore the fact that you can't “fill” a car with the raw precursor component of a lithium-ion battery, and the fact that that a battery requires A) other chemicals and B) the regular input of energy to reset that chemical system (i.e. the part where you charge it every 100-300 miles).

The second argument — that lithium batteries are more energy dense than gasoline — can more accurately be described as a bald-faced lie. The implication that a lithium-ion battery’s energy density, a quantifiable thermodynamic quality inherent to any substance, is greater than that of gasoline is not only false, it is the defining scientific hurdle to making electric cars a viable economic solution, as discussed in a post by the American Physical Society:

Stored energy in fuel is considerable: gasoline is the champion at 47.5 MJ/kg and 34.6 MJ/liter; the gasoline in a fully fueled car has the same energy content as a thousand sticks of dynamite. A lithium-ion battery pack has about 0.3 MJ/kg and about 0.4 MJ/liter (Chevy VOLT). Gasoline thus has about 100 times the energy density of a lithium-ion battery.

These factual problems are masked by Moors’ frequent sidetracks into technically valid scientific statements that are both utterly irrelevant and diversionary, including this gem:

Astrophysicists have observed OBL being produced by dwarf stars and cosmic rays colliding. The explosion is so intense, it causes the stars to burn up to 100,000 times brighter than they did before. It also sets off a Galactic process known as stellar nucleosynthesis, which gives birth to this superfuel.

Stellar nucleosynthesis, the process that powers stars through nuclear reactions, is responsible for the formation of pretty much all elements heavier than helium in our universe, making this statement broadly true for nearly everything in the universe — a concept made famous by Carl Sagan’s memorable quote, "We are made of star stuff," in the original run of Cosmos. The statement makes you feel like you could power your car with the force of a stellar explosion, but it is, in reality, a meaningless letdown.

This technique is a common one for Moors. In what can only be described as a brilliant use of semantics, he once tried to sell solar energy stock tips by branding solar power as Einstein’s little known theory of “space energy." The invention of OBL fits neatly within Moors’ technique of offering opaque hints about stocks while generally abusing science and the English language.

The final suggestion made by the video is that this one undisclosed company has exclusive access to American lithium deposits, and therefore has a significant stake in the world market. Excluding the fact that multiple companies have ownership of different regions of the general deposit to which Moors refers (and that five companies dominate this market globally), the Nevada deposits are speculative and not necessarily viable, as discussed in a feature about the future of the American lithium market in Fortune:

Pure Energy Minerals [one company with an interest in the Nevada deposits] is trying to determine, and prove with its samples and testing, that the lithium brine in Clayton Valley is as high quality and in abundance as the small four-person team thinks it is. The company estimates that there are 816,000 metric tons of lithium carbonate equivalent underneath their land claims that stretch over 9,000 acres, or 14 square miles, of the basin. Lithium carbonate is a lithium compound and it's a standard way that lithium supplies are measured.

In comparison, the global reserves of lithium carbonate equivalent—which is the amount that can be economically mined right now—is estimated to be about 75 million metric tons, according to the United States Geological Survey. The U.S. can only claim about 203,000 metric tons of those reserves right now.

To be clear, we are not arguing that lithium will not become a major player in the energy market, nor are we arguing that companies investing in American deposits are necessarily a bad bet, but merely highlighting another aspect of an impressively dishonest presentation.

Ultimately, we rate this claim as false because it uses demonstrably misleading or false claims about the science behind the production and use of lithium batteries, invents terminology to hide the actual resource being discussed, and oversells the scarcity of access to deposits as well as the novelty of the resource, all with the motivation of selling an e-book for profit.