Research documenting chemical changes in the Yellowstone magma chamber prior to a past eruption does not affect an eruption's future probability. 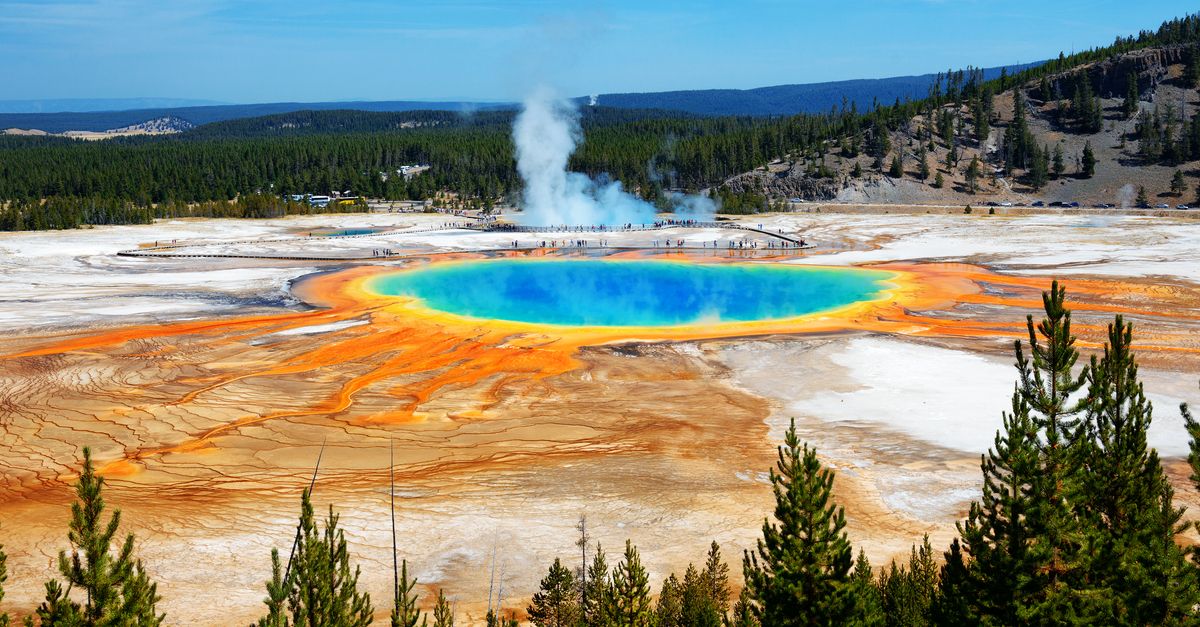 Claim:
New research from Arizona State University suggests that a catastrophic super-eruption from the Yellowstone caldera could occur sooner than previously thought.
Rating:

On 10 October 2017, the New York Times ran a story (with the ominous headline "A Surprise From the Supervolcano Under Yellowstone") that reported on an August 2017 presentation made by Arizona State University PhD candidate Hannah Shamloo at the 2017 "International Association of Volcanology and Chemistry of the Earth's Interior" conference. Christy Till, a professor at Arizona State University’s School of Earth and Space Exploration, is the lead researcher of the lab responsible for the work, and was a co-author on the presentation, as well.

The Times article discussed their findings, which suggested — in broad brushstrokes — that chemical changes that occurred  prior to the past Yellowstone supereruption happened not on a timescale of millennia, as previously believed, but potentially within mere decades.

The Times described the crux of the findings this way:

Scientists are just now starting to realize that the conditions that lead to supereruptions might emerge within a human lifetime.

A number of other outlets picked up this story, likely in part because Yellowstone supereruption content is a treasure trove of guaranteed clicks. These stories, as is so often the case, came with increasing levels of inaccuracy, as increasingly sensationalized claims bounced through the Internet echo chamber. By 12 October 2017, the story (as reported by USA Today) had become:

Yellowstone supervolcano may blow sooner than thought — and could wipe out life on the planet.

To be clear, this is in no way what the researchers at Arizona State University (or anyone else in the field of volcanology) were arguing. First, and most importantly, their research does not in any way, shape, or form, change predictions about the likelihood of a supereruption happening within our lifetimes. That risk remains exceedingly low.

Till told us in a telephone interview that her work involves high-resolution chemical sampling of layers in crystals found trapped in rocks (a practice similar to reading past climate information from tree rings). These methods are designed to uncover the nature and timing of chemical changes occurring in magma chambers prior to eruptions.

In the case of this specific conference presentation, the topic was the most recent supereruption from the Yellowstone caldera, which occurred 631,000 years ago. Their analysis, achieved by sampling crystals at a resolution of "one-one-hundredth the thickness of a human hair," suggests that clear and dramatic changes may have occurred in the magma chamber, geologically speaking, shortly before the catastrophic eruption:

Our research is all about the idea that we do see signals in crystals from Yellowstone’s last big eruption 631,000 ago [that could indicate] that there were injections of hotter magma that might have mobilized [cooler magma already in the chamber].

These "injections", Till told us, could have occurred just decades before the eruption — a considerably shorter period of time than some previous ideas about how such processes would work. As such, the research could provide insight into volcanological processes and mechanisms that precede Yellowstone eruptions. This, however, stressed Till, "does nothing to suggest that there's going to be a future eruption."

Further, the chemical signals described in the August presentation are not exclusively indicative of wildly destructive and explosive supereruptions, either. In fact, Till published a paper in 2015 demonstrating similar chemical changes prior to more recent but non-explosive lava flows in Yellowstone.

Ilya Bindeman, a professor of volcanology at the University of Oregon unassociated with the ASU team, echoed this point, telling us via e-mail:

Most eruptions at Yellowstone are lava flows [...], they discharge [a] similar or comparable amount of magma without a super eruption. Since 630,000 years ago there have been many [...] such eruptions. These eruptive products also have “short” diffusion profiles [similar to the ones from the explosive 630,000 year old event] in their crystals, but they erupted quietly.

While media outlets frequently raise the specter of an apocalyptic supereruption from the Yellowstone caldera, and while the region has indeed produced massive Earth-altering events in the past, scientists remain convinced, based on the size and shape of the current magma chamber, that such an eruption — were it to happen again — would likely not occur in our lifetimes. The USGS considers the risk of a caldera-forming apocalypse at Yellowstone in the next couple of thousand years "exceedingly low".

Reassuringly, the Yellowstone region is constantly monitored for potential signs of trouble, as well. The Yellowstone Volcano Observatory, a collaboration between between the University of Utah, the United States Geological Survey, and the National Park Service, monitors real-time seismic activity, land deformation (from GPS and satellite measurements), and thermal changes or chemical signals from the gases being released (from surface detectors).

This kind of predictive work was not the purpose of Till and Shamloo’s research. Their work hopes to uncover a deeper mechanistic understanding of Yellowstone eruptions:

What we're trying to do is understand that if we do see a signal, what are some other properties that might be causing it to kick in bigger? And what is the timescale associated between that happening in each eruption here?

[...] We already have very good scientists who monitor the volcano and would be able to give you [...] months to years warning of an eruption. That's not changing in any way and there's no reason that it was going to happen there.

Till, when we asked if media reports of this conference talk were sensationalized, answered with a categorical and immediate "yes." Because the nature of Till and Shamloo’s work does not intend to assess the probability of a massive supereruption (nor is it capable of doing so), we rank the claim that this new research suggests an increased risk of a humanity-ending death-blast from Yellowstone in our lifetimes as false.