Is This a Picture of 'New Ms. Frizzle'?

This really depends on your definition of the terms "new" and "Ms. Frizzle." 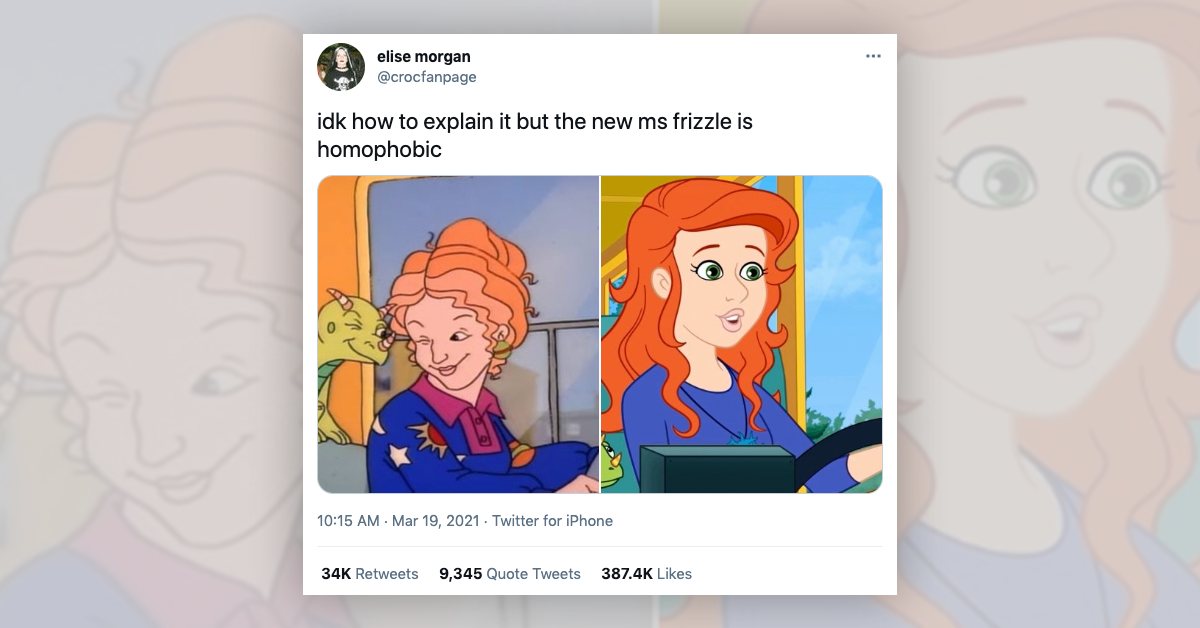 Claim:
A picture shared widely on social media shows what Ms. Frizzle looks like in a new Netflix reboot of the children's book and television series.
Rating:

On March 19, 2021, a tweet objecting to the presentation of Ms. Frizzle in a Netflix reboot of the children's science series "The Magic School Bus" went viral: Artistic and cultural critiques aside, there are two major factual problems with the tweet.

First, the show is hardly new, since the Netflix reboot was released in 2017. Second, the character pictured is not the main Ms. Frizzle — i.e. the original character teacher named Valerie Felicity Frizzle. Instead, the drawing shows Ms. Frizzle's younger sister, Fiona Frizzle. The two characters can be seen interacting with each other in a Netflix teaser for the show:

Because the character pictured is not Ms. Frizzle, the claim is "False."