Most state workers would likely welcome an extra four weeks off per year. 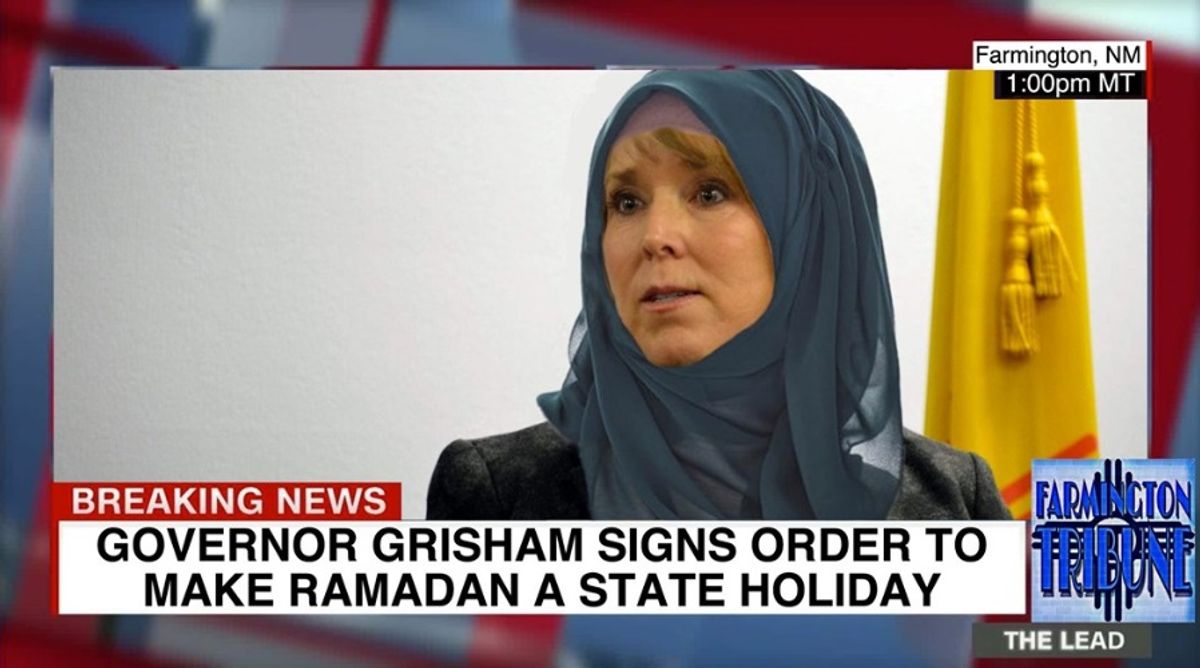 Claim:
New Mexico has made the Muslim observance of Ramadan a state holiday.
Rating:

On 9 May 2019, the Farmington Tribune website posted an article reporting that New Mexico Gov. Michelle Lujan Grisham had released a post on her Facebook page confirming her plans to make Ramadan a state holiday:

“As Ramadan begins I would like to wish the Muslim community of New Mexico a very blessed month of spiritual reflection. May you be surrounded by love and community during this special time. Ramadan Kareem to all those celebrating. We will be making this a State Holiday as of Friday,” posted Governor Grisham.

Farmington Tribune's source within the Governor's office tells us that the post and the Governor's Order, are an attempt to appease the Muslim community in New Mexico. It is based on fears that the community might burn a historic New Mexico cathedral, and “we're basically out of money, so we can't afford to repair anything,” said our source.

Of course, Ramadan isn't a discrete "holiday" in the sense that we typically use the word — a single day of (religious) festivity or recreation — but instead the name of a month on the Islamic calendar, throughout which observant Muslims fast every day from dawn until sunset. So a "state holiday" for Ramadan would encompass 29-30 days, a rather unreasonable amount of time to be giving government employees off each year (in addition to all the other existing state holidays).

None of this report was true, however, as the Farmington Tribune is not a news site but rather a regional satirical page — albeit one that has been criticized for not making its parodical nature clear:

A new Facebook page called “The Farmington Tribune” that aims to be a satirical online news site for the Four Corners is causing some ruckus and confusion because its creators haven’t explicitly identified its intent.

The website’s posts are often filled with borderline true stories that change only a few key details – using a different tactic than many similar satirical publications like The Onion and Clickhole utilize.

“The real danger is, this leads to misinformation,” said Elizabeth Skewes, an associate professor of journalism and media studies at the University of Colorado at Boulder, who reviewed the Tribune’s Facebook page.

“It’s fine to do humor, but they ought to be more responsible about it, especially since some people are being misled. There’s nothing there to indicate they’re trying to be satire, and that’s not in the interest of transparency.”