Should You Avoid Waking a Sleepwalker?

An old myth holds that waking a sleepwalker could cause serious harm. 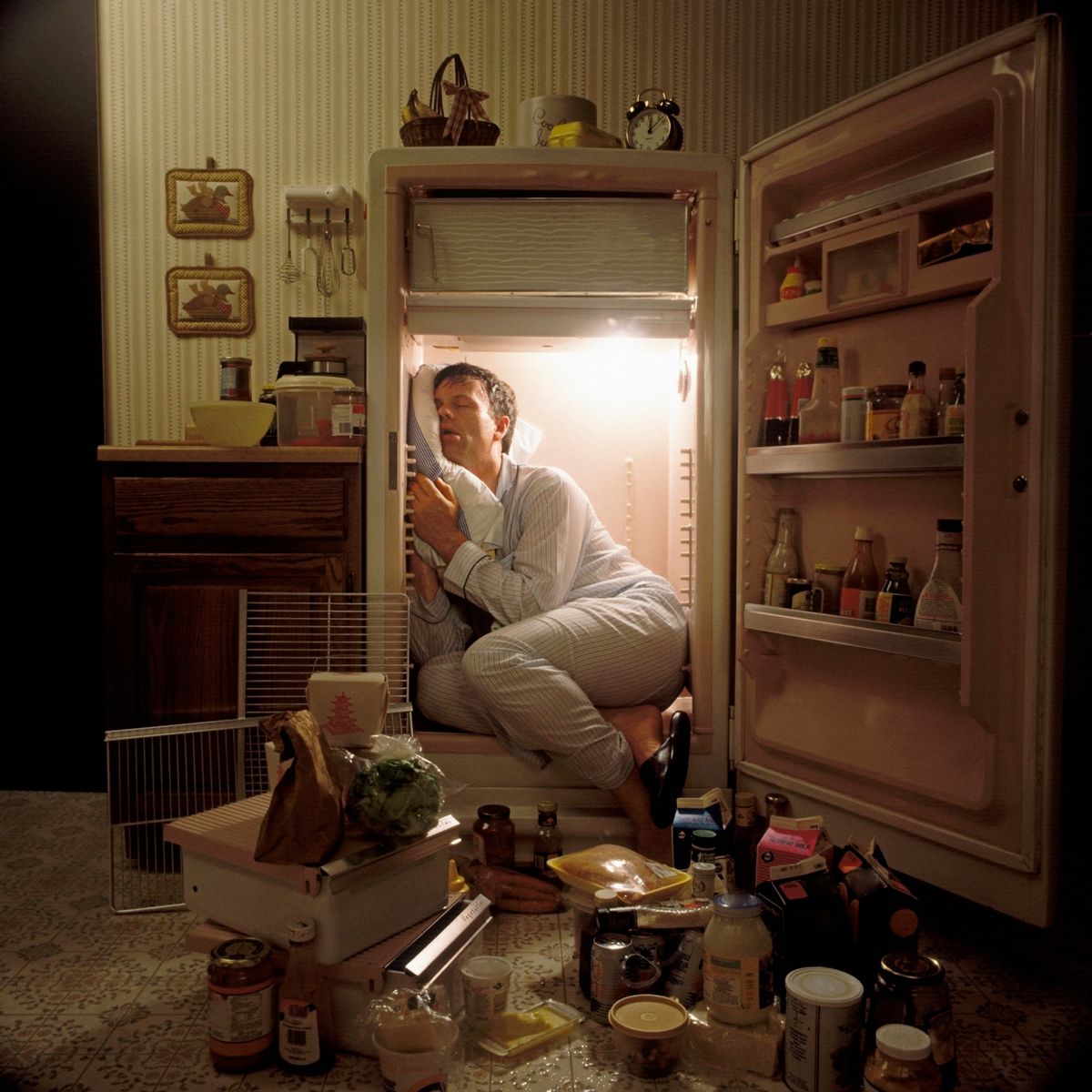 Man cooling off in refrigerator (Image Via Getty Images, stock)

Claim:
Waking up a sleepwalker could cause the person to have a heart attack, go into a coma, or experience other serious medical conditions.
Rating:

In late October 2020, a video on the social media platform TikTok went viral. It appeared to show a man in the process of sleepwalking as he mimes eating with a fork in his hand. The man is startled awake when the person holding the camera shouts at him, and he reflexively throws the fork at her.

Simply waking up a sleepwalker won't in and of itself medically harm them, according to the American Academy of Sleep Medicine (AASM). But AASM warns that much like anyone suddenly awakened, in a strange location no less, the sleepwalker will likely be confused or even angry.

The best way to remedy a sleepwalking situation is to gently guide the person back to bed without waking them.

It's fairly common for children to experience sleepwalking — the younger they are, the more likely. But most people grow out of it as they get older, according to AASM.

AASM defines sleepwalking, or somnambulism, as a sleep disorder affecting up to 4% of adults. The condition consists of, "a series of complex behaviors that culminate in walking around with an altered state of consciousness and impaired judgment."

People who sleepwalk can unconsciously perform activities that endanger themselves, like walking downstairs, leaving their homes, and even on rare occasions, driving cars. In one extreme case, a London teenager in 2005 sleep-climbed to the top of a 130-foot crane. She was found curled up atop the crane, sleeping.

At the time, the BBC reported:

Expert Irshaad Ebrahim, of the London Sleep Centre, told the Times newspaper he had treated people who had driven cars and ridden horses while asleep.

He said one patient had even attempted to fly a helicopter.