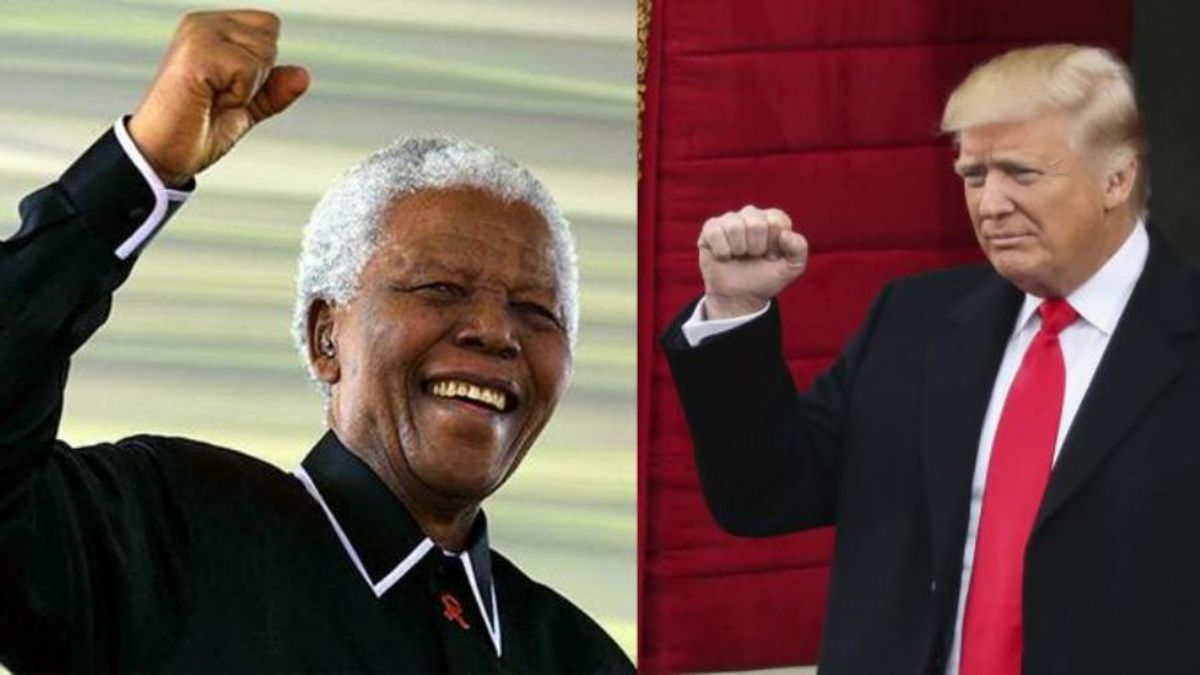 Ahead of Obama’s appearance at the event, where he hopes to preach “tolerance” to blacks in South Africa who brutally oppress white people in reverse-slavery-like conditions, Mandela praised not Obama but President Trump.

Barack Obama is scheduled to deliver the 16th annual Nelson Mandela lecture in South Africa on 17 July 2018, but Nelson Mandela did not "humiliate" the former president by praising his successor, President Donald Trump, instead. (Mandela actually passed away in 2013.)