Did Neil Young Use Homophobic Slurs When Talking About AIDS?

An old quote resurfaced after the musician withdrew his work from Spotify over COVID-19 misinformation. 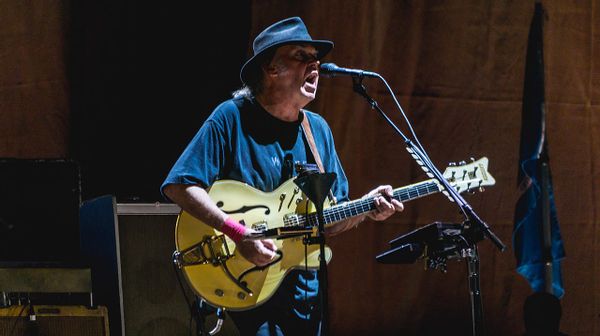 Claim:
In a 1985 interview with Melody Maker, musician Neil Young said of AIDS and gay men, “It is scary. You go to a supermarket and you see a faggot behind the fuckin’ cash register, you don’t want him to handle your potatoes.”
Rating:

Musician Neil Young generated headlines in January 2022, when he asked that his music be removed from Spotify in protest over COVID-19 misinformation on the streaming platform. His decision was prompted by Joe Rogan spreading COVID-19 misinformation on "The Joe Rogan Experience" podcast. In response, the 76-year-old rocker released a statement saying, "They can have Rogan or Young. Not both."

In the midst of the Spotify controversy, an old quote of Young began circulating on the internet, in which he aired ignorant and offensive views around the AIDS epidemic. The quote was republished by Rolling Stone magazine, and originally came from a 1985 interview he did with Melody Maker, a now defunct weekly British music magazine. Using homophobic language, he appears in the full quote to blame gay people for the spread of AIDS.

The quote also is available in the book “Neil Young on Neil Young: Interviews and Encounters” by Arthur Lizie, a professor of communications and media studies at Bridgewater State University.

Young was speaking to Adam Sweeting in the Sept. 7 and Sept. 14, 1985, issue of Melody Maker. A screenshot from the book is below:

Rolling Stone added, “Needless to say, Young almost certainly regrets that horrific statement and quickly moved away from right-wing politics. He wrote the furious anti-George H.W. Bush screed “Rockin’ in the Free World” in 1989 and was one of George W. Bush’s most vocal critics in the 2000s.”

Regardless, his views in 1985—when he also backed the U.S. President Ronald Reagan—were decidedly homophobic, and were part of the misinformation surrounding the AIDS epidemic.

Given that the quote has been recorded by verifiable sources, we therefore rate this claim as “Correct Attribution.”

“They Can Have Rogan or Young. Not Both”: Neil Young Threatens to Leave Spotify over Vaccine Misinformation. https://www.cbsnews.com/news/joe-rogan-neil-young-spotify-vaccines/. Accessed 2 Feb. 2022.