Did Neil Gorsuch Quote Henry Kissinger in His Yearbook Entry?

Some viewers were skeptical about a purported Columbia University yearbook entry for Supreme Court nominee Neil Gorsuch, but the image is genuine. 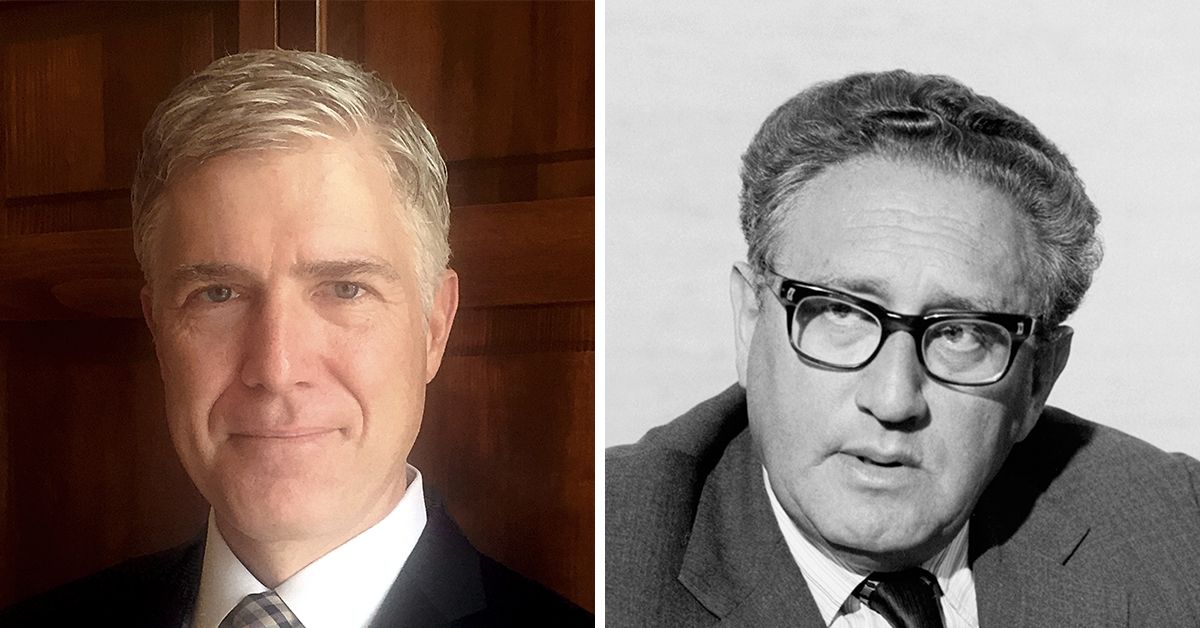 On 31 January 2017, reporter Laura Rozen posted an image to Twitter purportedly showing a 1988 Columbia University yearbook entry for Supreme Court nominee Neil Gorsuch, in which Gorsuch quoted former national security adviser Henry Kissinger as once having said: "The illegal we do immediately. The unconstitutional takes a little longer": The image was met with some skepticism online, as viewers claimed that Gorsuch couldn't have quoted the referenced statement from Kissinger in a 1980s yearbook since the statements wasn't published until 2013, after the cable that included it was provided to WikiLeaks.

This argument, however, is invalid. Although WikiLeaks republished diplomatic and intelligence records dating from the 1970s in 2013, this quote was publicly available long before it appeared in the Kissinger Cables dump from WikiLeaks. For instance, the quote appeared in Gary Allen's 1976 book "Kissinger: The Secret Side of the Secretary of State." As Gorsuch graduated Columbia University in 1988, it's quite plausible that he would have encountered this quote.

Rozen provided further evidence on Twitter that the image was indeed authentic. She posted another page from the yearbook, showing Gorsuch's fraternity, and a zoomed out image displaying the full page of Gorsuch's yearbook quote: Although images are real, determining Gorsuch's intention in offering this quote back then is a matter of speculation. It should be noted that Gorsuch founded a school newspaper called The Fed at Columbia University, which frequently published satirical content.